'Muslims Don't Believe In Photos, They Should Not Worry About Jinnah's Portrait': Ramdev 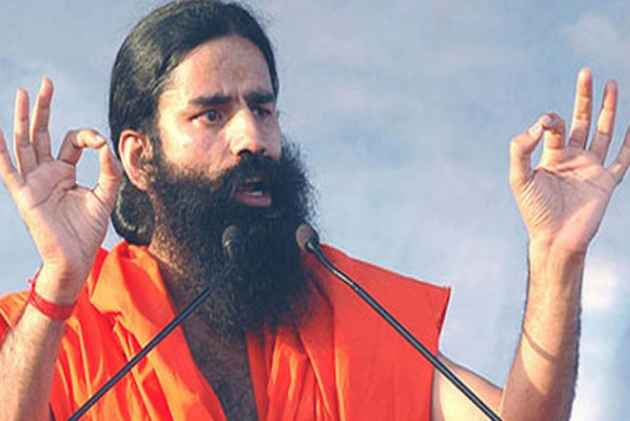 To pictures or idols, should not worry about portraits of Pakistan founder Muhammad Ali Jinnah.

Ramdev was responding to a query on the controversy over the demand for removal of a portrait of Jinnah from the premises of the Aligarh Muslim University.

"The ghost of Jinnah is hogging a lot of limelight. Muslims ought not worry about the Pakistan founder's pictures as they do not attach importance to photographs or idols in keeping with the tenets of their faith," he told reporters here.

"Jinnah can never be an ideal figure to those who believe in the country's unity and integrity," said Ramdev, who was in Nalanda district of Bihar to hold yoga classes.

He said the ancient discipline of yoga must not be described as being pro-Hindu or against Muslims, Sikhs and Christians.

"Those having a problem with 'Gayatri Mantra' can practice yoga by reciting the name of Allah. Also, no 'tantra-mantra' (sorcery) is involved in yoga," he said.

Ramdev also said yoga must be a part of school curricula.

Lauding Bihar Chief Minister Nitish Kumar's decision to ban sale and consumption of alcohol in the state, he said liquor, petrol and diesel are the chief sources of revenue for any government, and that it must have taken "a lot of courage to take such a bold move".

Noting that Bihar had "immense agriculture potential", Ramdev said his Patanjali Group was looking forward to setting up agro-based industrial units in the state.

Replying to a query, the yoga guru said he has received the invitation for the wedding of RJD leader Tej Pratap Yadav.