The right-wing gathering also demanded the immediate withdrawal of a directive, which it claimed was issued by the Centre to states on cow vigilantism.﻿ 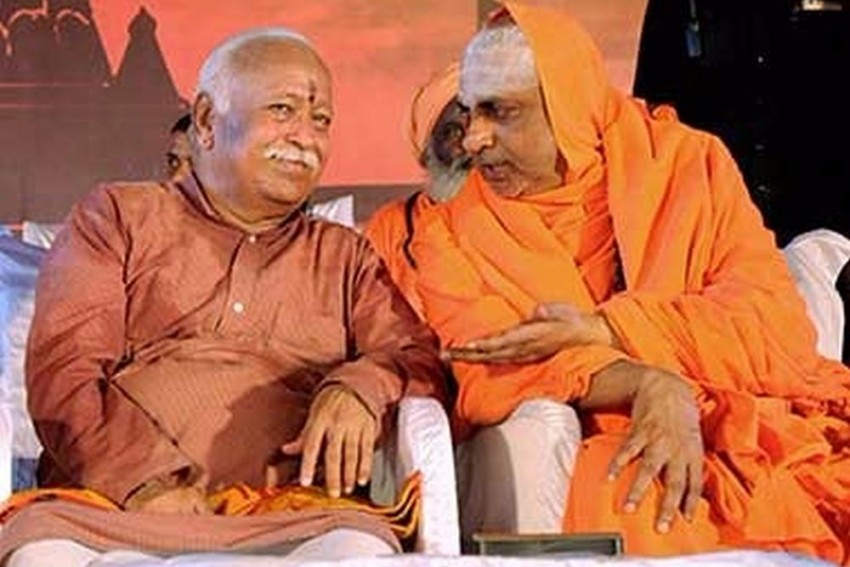 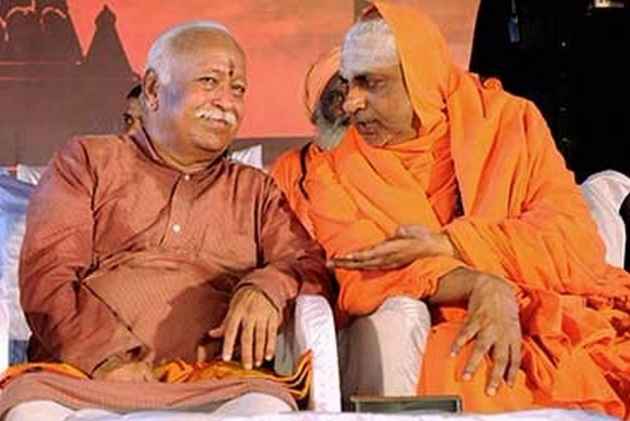 At the "Dharma Sansad", a conclave of Hindu seers, mutt heads and VHP leaders, that concluded in Karnataka's UDupi on Sunday, Vishwa Hindu Parishad leader Gopal said if Muslims don't stop "love jihad", Bajrang Dal youths will have to be sent to attract Muslim girls.

Passing on his "counter love jihad" tactic at the gathering, he said: "Muslims must stop love jihad, otherwise we will send our youths from the Bajrang Dal to attract Muslim girls. We are not opposed to love but our girls think Shah Rukh and Shirish are the same or Salman and Sunil are the same, but they don’t know that Hindu boys marry only once and the others will marry several times," reported The Indian Express.

The right-wing gathering also demanded the immediate withdrawal of a directive, which it claimed was issued by the Centre to states on cow vigilantism.

"The notification was issued a few days ago by the Centre to all state governments. We want to tell the Centre it is not the cow protectors, but the cattle smugglers whose dossier is to be prepared," he claimed.

He said the conclave in another resolution urged the Supreme Court to widen the scope of nodal officers appointed to check cow vigilantes to also include those who kill cows.

"We do not want the protection of fake cow protectors. Such impostors must be brought to book. But in the process of taming fake cow vigilantes, the sincere cow protectors should not suffer. We appeal to the Supreme Court to widen the scope and area of nodal officers and include cow butchers," he said.

Jain said the meet also passed a resolution seeking the setting up of a DNA test facility at points from where beef was being exported.

The meet took a strong objection to those "intentionally" organising beef parties. "Such things irritate people and agitate the society," Jain said.

More than 2,000 seers, mutt heads and other Sangh Parivar leaders attended the conclave, where the issue of building a Ram Temple at the disputed site in Ayodhya was discussed.

Addressing the meet on its inaugural day, RSS chief Mohan Bhagwat said only the Ram Temple would come up there and not any other structure.

Vishvesha Teertha Swamiji of Pejavar Math of Udupi, who chaired the reception committee, has said that the Ram Temple will be built in a year.

The conclave yesterday suggested a slew of measures to eradicate the scourge of untouchability and social inequality. It however failed tos et a deadline for the date of completion of Ram temple in Ayodhya.

Stressing that untouchability has no religious backing, it was proposed that temples, houses and institutions should be open to all and there should not be any discrimination in sharing funeral grounds, lakes, wells and water taps.

The Udupi meet was significant as the first formal announcement for a Ram Temple at the Rama Janmabhoomi in Ayodhya was made here in 1985 and a year later, the doors of the Ram Temple in Ayodhya were open to public for 'darshan'.

Located in the coastal area, Udupi is famous for Lord Krishna Temple, with the idol believed to have been discovered by 13th-century Vaishnavite saint Madhwacharya, who founded the Dwaitha school of philosophy.