Mussoorie Traders Body, Which Leveled Communal Charge To Drive Out Kashmiri Garment Sellers, Agrees To Let Them Stay Back 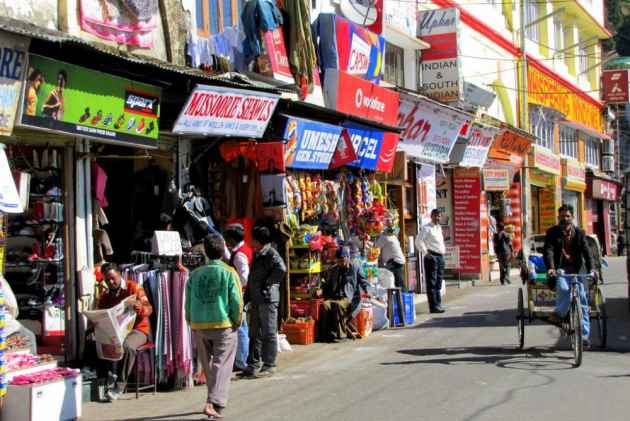 The Mussoorie traders’ body, which had leveled communal charge to drive out Kashmiri garment sellers, has now agreed to let them stay back and continue with their businesses after a peace meet was called by Mussoorie administration on Monday.

A couple of days back, the local traders’ body in Mussoorie had asked Kashmiris who sell garments from rented shops in the city to leave, accusing them of causing communal “disharmony.”

They had leveled this accusation in spite of the fact that similar accusations leveled against the Kashmiri traders eight months ago were proved wrong.

In June last year, some locals had claimed to have heard some Muslim youths shouting “Pakistan zindabad” slogans after a Champions Trophy cricket final in which India had lost to Pakistan.

The traders’s body president Rajat Aggarwal, had then called a meeting which resolved that due to “the anti-national activity undertaken by local and Kashmiri youths on June 18”, the Kashmiris who had rented shops would be removed from their premises by February 2018.

However, the accusations were proved wrong as the Mussoorie police had later clarified that no Kashmiri had been found involved in the alleged incident, and that the three youths who had raised the said slogans included two outsiders from Saharanpur in Uttar Pradesh.

The issue was then resolved as the J&K government also intervened and asked the Uttarakhand government to ensure that Kashmiri traders were not troubled.

However, Agarwal, a couple of days ago, again said, “The local traders in Mussoorie want the Kashmiri traders to leave”.

He cited “communal disharmony” as the reason for it. “For a small town like Mussoorie, 18 new Kashmiri traders is a huge number,” he had said.

Aggarwal, however, had added that their directive was not meant for the five-seven Kashmiri trader families who have been in Mussoorie for over five decades. “The old Kashmiri families are now a part of the town. They have never spread communal disharmony… We are not asking them to leave. It is these shops being rented by the new Kashmiri traders that are mushrooming in the town which the local traders want out.”

According to the recent report by The Indian Express, Monday’s peace meeting was called after the Kashmiri traders wrote to local BJP MLA Ganesh Joshi and sought his intervention. It was attended by the shopowners, president of Mussoorie Traders & Welfare Association Rajat Aggarwal, members of right-wing groups, politicians and Kashmiri traders. SDM Minakshi Patwal, along with Circle Officer Jaya Baluni presided over the meeting, which was called two days before the 11-month contract between Kashmiri traders and their shopowners was supposed to end.

“Local traders finally agreed to let the Kashmiris continue with their businesses,” the SDM said, as quoted by the newspaper.