'Must Guard Ourselves Against The Forces Of Violence, Intolerance And Unreason' 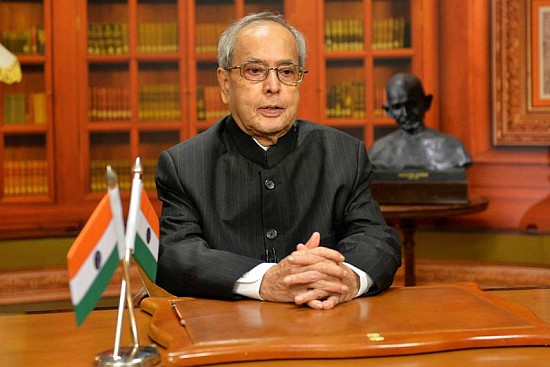 1.On the eve of the sixty-seventh Republic Day of our nation, I extend warm greetings to all of you in India and abroad. I convey my special greetings to members of our Armed Forces, Para-military Forces and Internal Security Forces. I pay my tribute to the brave soldiers who made the supreme sacrifice of their lives in defending India's territorial integrity and in upholding the rule of law.

2.On twenty-sixth January 1950, our Republic was born. On this day, we gave ourselves the Constitution of India. This day saw the culmination of heroic struggle of an extraordinary generation of leaders who overcame colonialism to establish the world's largest democracy. They pulled together India's amazing diversity to build national unity, which has brought us so far. The enduring democratic institutions they establishedhave given us the gift of continuity on the path of progress. India today is a rising power, a country fast emerging as a global leader in science, technology, innovation and start-ups, and whose economic success is the envy of the world.

3.The year 2015 has been a year of challenges. During this year, the global economy remained subdued. Unpredictability ruled the commodity markets. Uncertainty marked the institutional responses. In such troubled environment, no one nation could be an oasis of growth. India's economy also had to face the blowback. Weak investor sentiments led to withdrawal of funds from emerging markets including India putting pressure on the Indian rupee. Our exports suffered. Our manufacturing sector is yet to recover fully.

4.In 2015, we were also denied the bounty of nature. While large parts of India were affected by severe drought, other areas reeled under devastating floods. Unusual weather conditions impacted our agricultural production. Rural employment and income levels suffered.

5.We can call out these challenges because we are aware of them. There is a great virtue in acknowledging a problem and resolving to address it. India is building and implementing strategies to solve these problems. This year, with an estimated growth rate of 7.3 percent, India is poised to become the fastest growing large economy. Contraction in global oil prices has helped maintain external sector stability and control domestic prices. Despite occasional setbacks, industrial performance this year has been strong.

6.Aadhaar, with its present reach of 96 crore people, is helping in direct transfer of benefits, plugging leakages and improving transparency. Over 19 crore bank accounts opened under the Pradhan Mantri Jan Dhan Yojana is the single largest exercise in the world at financial inclusion. The Saansad Adarsh Gram Yojana aims to create model villages. The Digital Indiaprogramme is an effort to bridge the digital divide. The Pradhan Mantri Fasal Bima Yojana targets farmer's welfare. Increased spending on programmes like MGNREGA is aimed at enhancing employment generation to rejuvenate the rural economy.

8.There will be, amongst us, occasional doubters and baiters. Let us continue to complain; to demand; to rebel. This too is a virtue of democracy. But let us also applaud what our democracy has achieved. With investments in infrastructure, manufacturing, health, education, science and technology, we are positioning ourselves well for achieving a higher growth rate which will in the next ten to fifteen years help us eliminate poverty.

9.Reverence for the past is one of the essential ingredients of nationalism. Our finest inheritance, the institutions of democracy, ensure to all citizens justice, equality, and gender and economic equity. When grim instances of violence hit at these established values which are at the core of our nationhood, it is time to take note. We must guard ourselves against the forces of violence, intolerance and unreason.

10. For revitalizing the forces of growth, we need reforms and progressive legislation. It is the bounden duty of the law makers to ensure that such legislation is enacted after due discussion and debate. A spirit of accommodation, cooperation and consensus-building should be the preferred mode of decision-making. Delays in decision-making and implementation can only harm the process of development.

11. Peace is the primary objective of a rational consciousness as well as our moral universe. It is the foundation of civilization and a necessity for economic progress. And yet, we have never been able to answer a simple question: why does peace remain so elusive? Why has peace been so much more difficult to attain than degenerate conflict?

12. As the twentieth century closed down with a remarkable revolution in science and technology, we had some reason for optimism that the twenty-first century would mark an era in which the energies of people and nations would be committed to a rising prosperity that would eliminate, for the first time, the curse of extreme poverty. That optimism has faded in the first fifteen years of this century. There is unprecedented turbulence across vast regions, with alarming increase in regional instabilities. The scourge of terrorism has reshaped war into its most barbaric manifestation. No corner can now consider itself safe from this savage monster.

13. Terrorism is inspired by insane objectives, motivated by bottomless depths of hatred, instigated by puppeteers who have invested heavily in havoc through the mass murder of innocents. This is war beyond any doctrine, a cancer which must be operated out with a firm scalpel. There is no good or bad terrorism; it is pure evil.

14. Nations will never agree on everything; but the challenge today is existential. Terrorists seek to undermine order by rejecting the very basis of strategic stability, which are recognized borders. If outlaws are able to unravel borders, then we are heading towards an age of chaos. There will be disputes among nations; and, as is well-known, the closer we are to a neighbour the higher the propensity for disputes. There is a civilized way to bridge disagreement; dialogue, ideally, should be a continual engagement. But we cannot discuss peace under a shower of bullets.

15. We on our subcontinent have a historic opportunity to become a beacon to the world at a time of great danger. We must attempt to resolve the complex edges of our emotional and geo-political inheritance with our neighbours through a peaceful dialogue, and invest in mutual prosperity by recognizing that human beings are best defined by a humane spirit, and not their worst instincts. Our example can be its own message to a world in anxious need of amity.

16. Each of us has the right to lead a healthy, happy and productive life in India. This right has been breached, especially in our cities, where pollution has reached alarming levels. Climate change has acquired real meaning with 2015 turning out to be the warmest year on record. Multiple strategies and action at various levels is necessary. Innovative solutions of urban planning, use of clean energy, and changing the mindsets of the people call for active participation of all stakeholders. Permanence of such changes can be ensured only if people own these changes.

17. Love for one's motherland is the basis of all progress. Education, with its enlightening effect, leads to human progress and prosperity. It helps us develop forces of spirit which can revive lost hopes and ignored values. Dr. Sarvepalli Radhakrishnan had said and I quote: "End-product of education should be a free creative man who can battle against historical circumstances and adversities of nature" (unquote). The advent of the "Fourth Industrial Revolution" demands that this free and creative man should also be able to master the velocity of change to absorb disruptions which are getting embedded in the systems and societies. An eco-system that fosters critical thinking and makes teaching intellectually stimulating is necessary. It must inspire scholarship and encourage unfettered respect for knowledge and teachers. It must instill a spirit of reverence towards women that will guide social conduct of an individual throughout his life. It must breed a culture of deep thought and create an environment of contemplation and inner peace. Through an open-minded approach to the wider spectrum of ideas emanating from within, our academic institutions must become world-class. A beginning has already been made with two Indian institutes of higher education finding place in the top two hundred in international rankings.

18. The generational change has happened. Youth have moved centre-stage to take charge. March ahead with Tagore's words from Nutan Yuger Bhore:

Move ahead, the roll of drums announce your triumphal march;

With feet of glory, you shall cut out your own path;

Delay not, delay not, a new age dawns.