My Dream Was To Become An Astronaut: Ivanka Trump

Ivanka Trump said that it has always been her dream to become an astronaut and travel to the space as she toured the Johnson Space Center here. 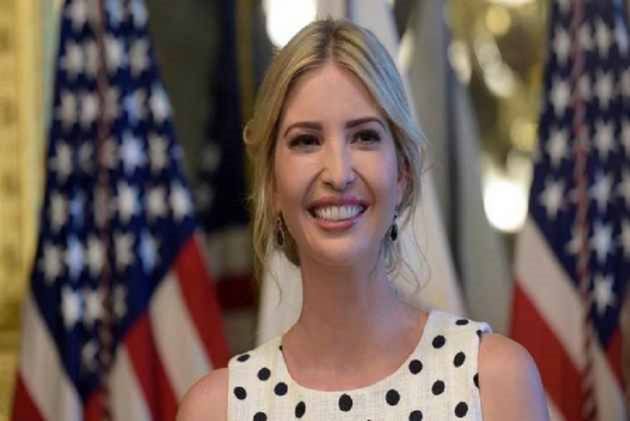 She spoke to the crew of the International Space Station and admitted, "You inspire us all. You actually have my dream job".

Astronaut Nicole Mann provided Ivanka with a guided tour of the space center, including the Space Vehicle Mockup Facility that holds a full-size copy of the International Space Station.

Ivanka posed outside the doors of the Mission Control Center and met chief Holly Ridings, who made history this week after becoming the first woman in NASA's 60-year history to become the chief flight director of the Johnson Space Center.

Lieutenant Governor Dan Patrick accompanied Ivanka, along with US Senator Ted Cruz and US Rep Brian Babin, both Republicans from Texas, the Houston Chronicle reported.

Ivanka toured mock-ups of the station and of the Orion spacecraft which is being built to take astronauts back to the moon for the first time in 50 years, the report said.

She also spoke with students from Clear Creek Independent School District who, with the help of NASA engineers, are participating in an international robotics competition called FIRST Robotics, said the report.

Her visit to the center came during a stop of her campaign tour of Texas for Republican candidates in the November 6 midterm elections.

Her appearance was intended to draw attention to students learning about science and technology.