My First Encounter With Yakub Memon

His Jekyll and Hyde personality, oscillating between intelligent and unstable, attracted no sympathy from any court. That he completed a couple of degrees and is reportedly respected by jail inmates has made little or no difference. 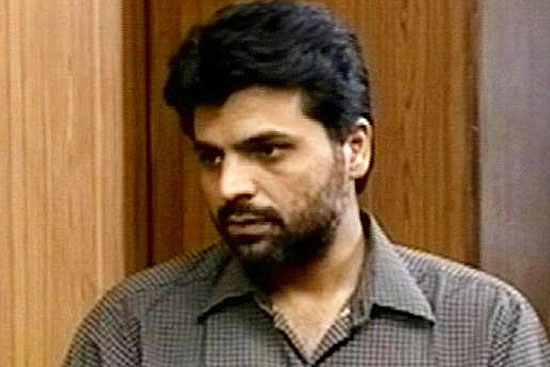 "Do you know who I am?," Yakub Memon asked me during one of my early reporting assignments spent at the Special TADA court housed on Arthur Road jail premises. I was then a 21-year-old court reporter with a newly made special ID card that gave me access to cover the most important trial in India. Of course I knew who he was, a prime accused in the biggest terrorist act that India has witnessed. Before I could react to his query, he smiled, introduced himself and sat with me and another defence lawyer, casually discussing the legal points of the case. The lawyer told me more about him later with some awe — his high education (chartered accountancy) and his keen understanding of legal procedures. Although I was sceptical about talking to him, simply because he was "the dreaded criminal of the deadliest attack in India so far", by the end of that conversation, I did notice his doubts and concerns about the case that had already gone on for seven years.

It inadvertently made me cover the trial and my interactions with each of the accused with far more self-scrutiny and care. For court reporters who covered the 1993 serial blasts trial, during those 14 years, the Arthur Road jail became a second home for us. Due to security reasons and the absence of any diversions near the court (except an udipi and a tea stall), we would spend hours in the special court. It was heavily guarded from the outside but inside, the atmosphere was quite different. There were around 100 undertrials who occupied half of the court room. After a point, the accused became not just familiar but we would exchange pleasantries and small talk. I also got to know the court staff, lawyers, the police (I am still in touch with one of the lady police constables and we update each other on important life events) and, of course, the other reporters. It almost seemed as if the trial would go on forever.

The atmosphere was strangely ordinary and orderly. It was only actor Sanjay Dutt's appearances and Yakub's rare outbursts that disturbed the otherwise eerily disciplined court proceedings. Dutt's appearance created a stir for obvious reasons while Yakub's outbursts were sometimes linked to schizophrenia, sometimes to depression. It made him an intriguing subject and was one of reasons that the case assumed such importance and was so interesting from a reporter's perspective. The arrest of Yakub and his family had been such a major development in the Bombay blast case and his own story became so intriguing that it became the story and commanded our attention for the longest time. He kept on insisting that he came back to his own country and surrendered because he had faith in the law. Coming from someone whose family was clearly behind the most devastating terrorist act that scarred the city forever, it was difficult to accept his version, or forget the fact that 257 people had been killed and more than 700 injured in the series of explosions in crowded places.

The masterminds were Dawood Ibrahim and Yakub's brother, Tiger Memon, who orchestrated the blasts in retaliation for the communal riots after the demolition of Babri Masjid in which more than 900 people, mostly Muslims were killed. In the 1993 blasts case more than 100 accused were tried and convictions were handed down after 14 years including 12 who were awarded the death penalty, which were later commuted to life sentences. Yakub was the only exception. For all of us covering the trial, it was a highly emotional experience. The riots and the serial blasts changed the fabric of the city forever. It would lead to deep fissures in society, create ghettos and seriously damage the city's cosmopolitan flavour. It reminded me of the early 1990s when the underworld financed films and were also omnipresent in so much of the city's activities, from extortion, protection, land grab and smuggling, which were semi-legal professions. By the end of the trial, which was to conclude nearly seven years after my first meeting with Yakub, there had been marriage proposals, requests to attend last rites of family members, natural deaths of accused in custody, apart from the legal proceedings. Sharif Parkar, an old man with silver hair and beard, convicted for helping in the landing of RDX, generously shook hands with reporters the day he was sentenced.

Yakub's outbursts remains with us to this day. In one of them, he raised the question of why those found guilty in the Srikrishna Commission report were not punished (there was not one conviction in the riots that claimed so many lives). His Jekyll and Hyde personality, oscillating between intelligent and unstable, attracted no sympathy from any court — the TADA court, the Supreme Court, the President and then the Supreme Court again last week. That he completed a couple of degrees and is reportedly respected by jail inmates has made little or no difference. The question that bothers me is this. Does time, the way it heals and fades wounds somehow also makes the crime, no matter how serious, less black and white and more grey? We had 14 years to cover this trial, which showed that the systems put in place with regard to police and customs, had in fact helped the dreaded RDX consignments enter the city. It also showed that if you turn approver, no matter how grave your role in the conspiracy and execution of the crime, you are given a complete pardon. There was also the fact that Judge PD Kode had cast doubts over the CBI version of Yakub's arrest in his judgment. There was the human element as well; Half the Memon family were in jail, the other half on the outside.

Voilence in reaction to violence is hardly justified. To many in Bombay then, Mumbai now, the questions that will always remain are simple and stark. Why have the two men responsible for the blasts — Dawood and Tiger Memon, remained free for the past 20 years? Did Yakub bring his entire family — parents, brothers and their wives to India based on promises of freedom and leniency? Is justice delayed actually justice denied, for both victims and accused? Is capital punishment, banished increasingly in the rest of the world, actually a deterrent for such crimes? I wonder if we were to ever go back to that court room again after all these years, would we see the crimes as some kind of reflection of our systems and society? I'd rather not know.

Whether Yakub hangs on the 30th or not, whether his second mercy petition is rejected or not, the burden of those years spent in that court room will be carried by all of us, always.