Home  »  Website  »  National  » Opinion  »  My Lordship, Right To Reparation For Gujarat Riot Violence Is Not State’s Charity But Duty
OPINION

My Lordship, Right To Reparation For Gujarat Riot Violence Is Not State’s Charity But Duty 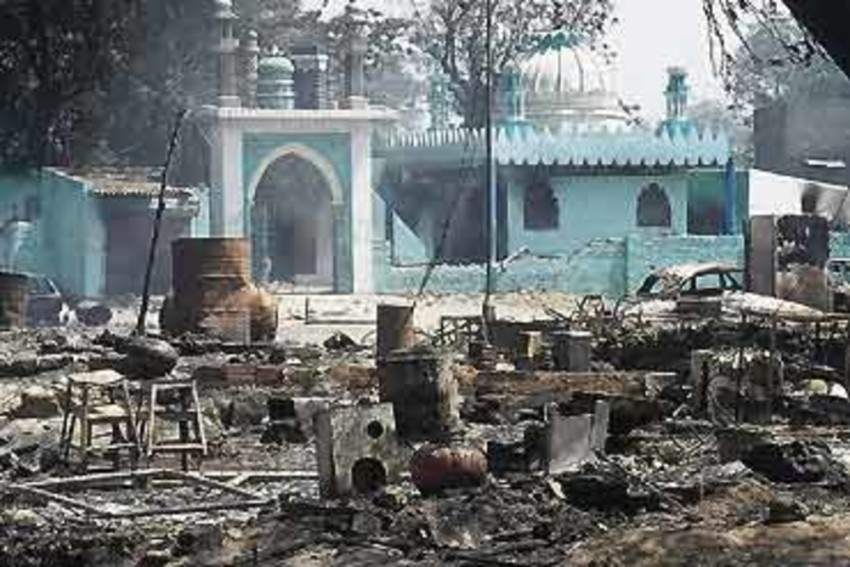 Representative Image/ File
Apoorvanand 2017-09-01T19:04:52+05:30 My Lordship, Right To Reparation For Gujarat Riot Violence Is Not State’s Charity But Duty

“BR Ambedkar termed Article 32 as the “soul of the Constitution” as citizens seek enforcement of their fundamental rights under it. Should the court give relief in writ jurisdiction only when one’s right to life or personal liberty under Article 21 is violated, or can the state be held liable even with respect to violation of other fundamental rights such as the freedom of religion? Will an order for the payment of compensation for the repair of religious places be contrary to Article 27 of the Constitution, which prohibits the state from imposing any religious tax and the imposition of any tax whose proceeds are used for the maintenance of any particular religion?”

The questions raised above by Faizan Mustafa, the eminent jurist, have a context. On August 28, Justice Dipak Mishra gave an important judgment which overturned the directive of the High Court of Gujarat to the state government to get the religious places repaired which were destroyed, damaged and desecrated in the anti- Muslim violence of 2002 or to reimburse the cost incurred on their restoration.

It was calculated that more than 500 mosques, khankahs, mazars and other religious places and monuments, big and small, were either partially or fully destroyed in the carnage of 2002 that targeted Muslims.

One cannot forget the smell of the freshly tarred patch of the road opposite the office of the police commissioner of Gujarat. On this patch stood a tiny mazar of Wali Dakani who is known as the Great Grandman of Urdu poetry. This mazar was torn apart and his grave was dug by the holigans and a hulladiyo Hanuman ( Hanuman of the rioters) was foisted on what was once Mazar of Wali. It was a modest structure, shy of imposing itself on the scene but was a thorn still in the heart of the Hindu Gujarat. So, it was uprooted.

Months after this ghastly crime, I saw autorickshaw drivers acknowledging the absent presence of the poet-saint by keeping themselves at a distance from the sacred space.

Such crimes are not abnormal when people lose their minds. But the governments are supposed to keep their senses intact and steady.  The government should have known the significance of the mazar for the city of Ahmadabad. Unfortunately it had a Chief Minister then, also looking after the home affairs, who was neither sure of the historicity of the mazar nor was aware of the poetic genius of Wali.

Aakar Patel, the now India head of Amnesty, had recited to Modi a ghazal by Wali in which he agonizes over parting from his Gujarat:But the Chief Minister could not recognise the poet.

That was not all. In a meeting of writers and artists in Ahmedabad in April 2002 a proposal to restore the mazar of the poet was violently rejected. It pained one to see the poet being rejected by the city he kept longing for.

The mazar of Wali thus turned into a Muslim monument with the state and his tribe of litterateurs severing ties with him.

Who should rebuild the mazar? Should it be restored at all? Is it the job of a state to look after the secular affairs of its people? This is the view the Supreme Court took when it looked at the order of the High Court of Gujarat which felt that it was the duty of the state to get the mazars, khankahs, mosques restored.

The Supreme Court holds a contrarian view. It thinks that the state cannot spend tax payers’ money for religious purpose of a particular faith.

Technically it sounds perfectly right. Except that in this case the Muslims are not asking the state to build their mosques. They are merely asking it to undo the injustice done in 2002 under its watch. It resulted in the killing of more than 3000 people and destruction of houses of thousands of Muslims across Gujarat.

It was in this violence that these 567 religious, cultural places were attacked and destroyed. They were the target of the mob but only for the fault of their association with the Muslims.

The idea behind such destruction is to humiliate the population which attached its sense of sacredness to these places.

What Mustafa asks and the Court needs to ponder over is how does it look as an individual. “I am an individual with my Muslimness . This individuality is cut down if this part of my self, i.e. Muslimness, is taken away from me. And how do I get this feeling of Muslimness? Not only by praying to The Allah or Khuda in the privacy of my home but by being part of the collective which gathers in the Mosque. Or, when I offer my obeisance while passing by a Mazar or Khankah. So, when you destroy these inanimate structures, you ruin me, my self.”

Secondly, the Constitution of India is not so soulless as to not recognize that human beings are not merely economic beings. They have multiple spiritualties.  To deny them this right would be to take away from them their own sense of humanity.

When the court opines dryly that it has no objection if the state decides to restore only structures. And this is where the problem is. As Faizan Mustafa points out, the fundamental rights of the people of India need to be read jointly and not in isolation. So, the plea of the respondents that “if religious places of weaker sections of population are targeted, it not only violates the freedom of religion but also the right to equality and right to personal liberty. It adversely affects their dignity as well. Fundamental rights are woven together and cannot be compartmentalized in a straitjacket. The maintenance of law and order is the primary duty of the state government. They also argued that compensation is not being sought for the maintenance of any particular religion but for the failure of the government in fulfilling its basic duty.”

The Muslims are not begging before the state to maintain their religious self. They are simply asking for the damage to the integrity of their self to be recognized and compensated.

Apart from this the court forgot that various state governments and the central governments have been maintaining Hindu religion , by spending on the Amarnath yatra, renovation of the Kedarnath Temple, temple renovation. State governments also pay for pilgrimage to Ajmer Sharif, Man Sarovar, etc. Some state governments pay the salaries of imams and temple priests. But this is a different category.

The destruction of Muslim religious or cultural places was part of a larger and heinous design to humiliate Muslims. It is the duty of the state to restore to them their sense of dignity by extending its hand. The lordships erred in stopping this hand midway.