My Name Is Sadiq Khan, And I'm The Mayor Of London'

The story of how Khan has become the most powerful Muslim politician in Europe. 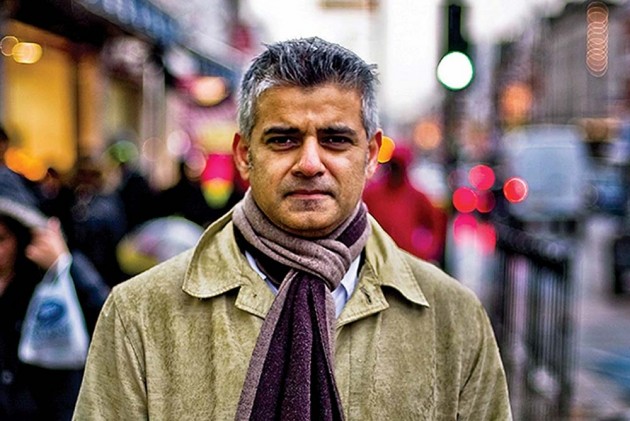 In a world where terrorism and Islamophobia is spreading rapidly, London showed its inherent multicultural, diverse character when it elected the first Muslim Mayor, Sadiq Khan. He won the maximum number of votes garnered by any other mayor of the city.

Khan’s victory was historic and hit the headlines across the world. At home criticism against his rival Conservative Zac Goldsmith’s campaign is flowing thick and quick from members of his own party. But before going into the flawed Goldsmith campaign it would be worth glancing at Khan’s victory.

Did he win because he is a Muslim? Islam is the largest minority religion in London and 38 per cent of the Muslim population of England and Wales lives in London. That would definitely have played a role in his victory, but more important was his story – a son of a bus driver, growing up in council flats and going on to become a human rights lawyer. Thirty seven percent of Londoners are foreign-born, so what could be a better narrative for a city of immigrants?

Goldsmith, on the other hand was seen as a privileged elite. Was he the right candidate? London is known as a Labour city, which Boris Johnson took away for eight years. There in lies one of the problems, to begin with, for Goldsmith. It was Johnson’s personality, not his party, that took him to the Mayor’s office. In such a scenario, where the pro-Labour city had a Tory mayor for eight years, given the anti-incumbency factor coming into play, Khan would have been confident of his victory.

That, however, was not how it was when Khan was named as candidate instead of Dame Tessa Jowel in April 2015. The Tories believed even a relatively inexperienced and junior backbench MP like Goldsmith could be a sure shot.

At that time Goldsmith did have a lead over Khan, but what followed was quite a disastrous campaign, which was heavily negative and focused on Mr Khan's "radical" and "extreme" politics. To many, that was a dog-whistle attempt to link a Muslim candidate to extremism, to play on popular concerns about terrorism and the like. It was not something that found support within his party.

As far as the Indian voters are concerned, they were a significant factor in Johnson’s victories, and Goldsmith tried to garner their votes. He even invoked Indian Prime Minister Narendra Modi. Customized leaflets addressed to Hindu, Sikh and Tamil voters mentioned subjects such as Narendra Modi, the 1984 killing of Sikhs in India and the Sri Lankan civil war. A leaflet had a picture of Goldsmith meeting Modi on a visit to London, and pointed out that Khan did not. Another alleged that the Labour party would tax gold jewelry owned by many Indian families, which was seen as a bid to stoke community tensions. But it did not impress most Indian-origin voters, who are now part of a highly educated, successful mainstream community and do not like to be patronized.

Immediately after the result even his sister Jemima, former wife of Pakistani cricketer-turned-politician Imran Khan who also added his support to the campaign, sent out this tweet: “Sad that Zac's campaign did not reflect who I know him to be- an eco friendly, independent- minded politician with integrity.”

So what went wrong? How much is the man behind his campaign to be blamed - Sir Lynton Crosby, whose communications firm CTF ran Goldsmith’s campaign and was known to be the mastermind behind the Tory victory as Prime Minister David Cameron’s campaign director and had masterminded both Johnson’s mayoral wins. Although Sir Lynton has maintained a stoic silence, but rumour has it that he was not personally involved in the Goldsmith campaign as he was not convinced of Zac’s candidature.

Although Goldsmith had some good plans and policies for the city, he at times failed to answer simple questions like names of Bollywood films he liked. He did not seem to know much about Tube stops. These are minor failings but putting it all together, including the fact that his campaign had a rather lacklustre and slow start, also sent out an impression that he wasn’t bothered.

Now, even Mr Cameron is facing the backlash of the ‘dog-whistle-campaign’ and many Tory leaders feel this campaign could leave a ‘negative legacy’ for the party and alienate it from the Muslim community.

Contrarily, his rival, now Mayor, began his campaign in full zest. Although accused, and sometimes correctly so, Khan did several flip-flops in his statements, addressing gatherings according to what they wanted to hear. Previously known for his closeness to controversial Labour leader Jeremy Corbyn, whose extreme Left views have seen the party’s support dwindle, Khan totally distanced himself from his leader and was quick to point out that he was his ‘own man’ and ‘not anyone’s patsy’.

The strong swing in his favour also indicates that Khan is set to shake off the toxic anti-Semitism row which has engulfed Labour for the past week. Immediately after being elected Khan widened his differences with Corbyn by refusing to endorse local election posters signed off by Corbyn and giving an alternative vision for electoral success which has got several senior Labour figures talking about Khan becoming an alternative centre of power to Corbyn.

But, for now, Khan with the largest personal mandate of any British politician, has become the most powerful Muslim politician in Europe. In charge of a £17bn budget, his immediate priority will be to live up to his campaign rhetoric by being “a mayor for all Londoners” and working towards being strongly pro-business. For the next four years he will also have to fulfil his “32 borough strategy”.

Meanwhile, outgoing mayor Boris Johnson signed off from his official twitter account and speedily cycled out of City Hall for the last time as London Mayor, hurtling off like a missile towards Downing Street. He now has the freedom of creating maximum havoc and if Britain opts out of Europe he could well be hoping to see himself in Number 10 as soon as July.