November 19 is World Toilet Day, whatever it means. The absence of toilets is felt every day by millions across India. A fresh resolve means little or nothing. 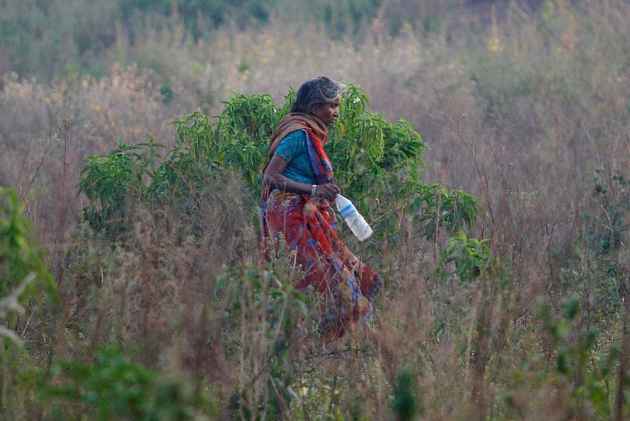 My friends are tired of listening to my toilet stories. And my wife invariably looks skyward when I begin. 'Not again' is what she is signalling. But then I can't really help. Toilets have been an obsession with me since 1983, if I have to fix a time.

That was the year I found myself in a YMCA hostel in Memphis in the USA. As I settled down, I realised there was something distinctly odd about the room. And it took only a few minutes to realise that it did not have an attached, private toilet. I had never used a common toilet before and I remember breaking out in cold sweat. I rushed out to explore the facilities and discovered a toilet at the end of the corridor. Well, there were three booths for shower and three or four wash basins and taps across a wall on which was of course the customary mirror running across the length of the basins. And right opposite the mirrored wall were two commodes separated by a three-feet high wall.

I also found two white American men occupying the commodes, the track suits pulled down to the ankle. And both had newspapers on their lap and were engaged in an animated discussion. Embarrassed, I immediately turned away towards the mirror and realised to my shock that the mirror reflected the two in all their glory. I hurried out and on a later visit well past midnight discovered that once there were swing doors to block the midriff. But for some reason they had been pulled down.

Once I recovered I mused that this was not very different from the villages in Bihar. On my infrequent night halts in villages I had been warned to get up early to go to the field. On the first such night, I could barely sleep and woke up at the unearthly hour of four in the morning. But as I picked up a 'lota' full of water and tip-toed outside, I was stopped by the sight of a steady flow of shadowy figures in the hour between darkness and dawn. Follow the men, whispered by host, startling me. It seemed different areas of the field were demarcated for men, women and children.

This was also the time to socialise, I was told. The men could chat about politics and business while the women could exchange gossip and even occasionally do some match-making.

The immediate provocation for recalling these old stories is the World Toilet Day, which is apparently observed on November 19, the birth anniversary of former Prime Minister Indira Gandhi. And with more Indians defecating in the open than in any other country in the world, the focus is clearly on us and the Prime Minister's 'Swachh Bharat' campaign.

There is little point in recalling that India is yet to succeed in eliminating manual scavenging; or that most of our toilets fall into disuse because they are not cleaned or because there is not enough water. Even in urban areas the municipalities are unable to maintain public toilets. The Railways cannot keep their tracks near stations clean although it is difficult to understand why the Railways cannot provide community toilets near stations as part of their 'Corporate Social Responsibility'. Similarly I find no explanation for why functional toilets cannot be maintained on highways, in malls and marketplaces and in colleges and hospitals.

In the Jesuit school we studied, there were close to 2,000 students but I do not remember any stink in the toilets. The urinals were actually linked to a flowing drain that washed away the water from the kitchen, hostel etc. If a school could manage it, surely municipalities and other agencies too can do it. But they will not.

I recently stumbled upon one of the reasons while reading Sam Pitroda's latest book, Dreaming Big: My Journey to Connect India. Pitroda writes that the day he took charge in the Telecom Ministry as Advisor, he was handed over a key. It was the key to his own, personal toilet. Every Secretary to the Government of India has a similar key and has exclusive use of a toilet. Pitroda writes that he refused to use his private toilet and opted to use the common one.

The convention of making available exclusive toilets is not confined to ministries. In at least one women's college, reported by the Telegraph, lecturers would hurry home after finishing their classes, loath to use the toilet meant for the Principal. They were required to collect the key from the Principal and then walk across the room in front of outsiders and visitors to use the loo. In the same college, girl students would form a group and go to the backyard so that one of them could relieve herself as others kept watch.

In Calcutta I once found a group of foreign tourists frantically looking for a toilet in the New Market area and people generally laughing at their plight while some delighted in pointing towards a wall. There were women in the group and I was deeply disturbed. In the office I asked colleagues what they did while out reporting and they said they would walk into The Grand, a five star hotel, and use the toilet beyond the lobby. Familiar with the layout by attending parties and press conferences, they faced no inhibition or difficulty. But for a visitor to the city, it could well be a nightmare.

I have also come round to the conclusion that India loses out on a lot of productive work and man hours because of the absence of decent toilets in cities. Women travelling in long-distance buses are the worst sufferers with most bus stands boasting of no toilet or of stinking, filthy toilets.

Enough research has gone in to show how open defecations lead to diseases while a research paper suggested that squatting stunted the growth of Indians and explains why we are shorter than others in the world.

But having written regularly on toilets or rather their absence for over a quarter century, I now find the exercise painful and frustrating. If the Prime Minister is really serious, he should implement the Swachh Bharat campaign in and around Delhi first. The experiment then could be replicated elsewhere. Big plans, promises, deadlines, hiring Vidya Balan as Brand Ambassador, advertising campaigns and what have you now leave me cold. Not much has changed since 1983. What more can change in one more year?