"Many of the almost 700,000 Rohingya Muslims who fled from Myanmar "bear the physical and psychological scars of brutal sexual assault." 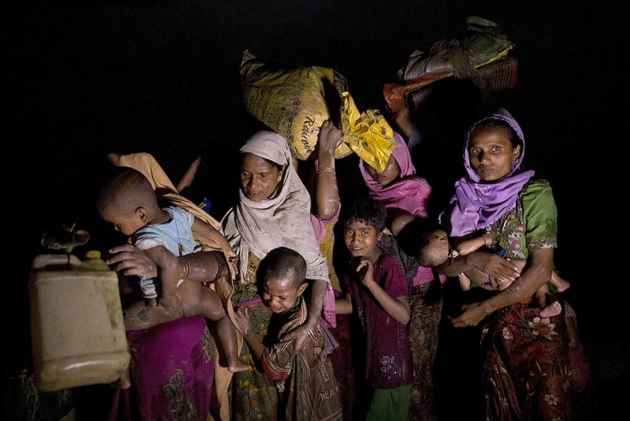 A new UN report puts Myanmar's armed forces on a UN blacklist of government and rebel groups "credibly suspected" of carrying out rapes and other acts of sexual violence in conflict for the first time.

An advance copy of Secretary-General Antonio Guterres' report to the Security Council, obtained today by The Associated Press, says international medical staff and others in Bangladesh have documented that many of the almost 700,000 Rohingya Muslims who fled from Myanmar "bear the physical and psychological scars of brutal sexual assault."

The UN chief said the assaults were allegedly perpetrated by the Myanmar Armed Forces, known as the Tatmadaw, "at times acting in concert with local militias, in the course of military 'clearance' operations in October 2016 and August 2017."

"The widespread threat and use of sexual violence was integral to this strategy, serving to humiliate, terrorise and collectively punish the Rohingya community, as a calculated tool to force them to flee their homelands and prevent their return," Guterres said.

Buddhist-majority Myanmar doesn't recognise the Rohingya as an ethnic group, insisting they are Bengali migrants from Bangladesh living illegally in the country. It has denied them citizenship, leaving them stateless.

The recent spasm of violence began when Rohingya insurgents launched a series of attacks last August 25 on about 30 security outposts and other targets. Myanmar security forces then began a scorched-earth campaign against Rohingya villages that the UN and human rights groups have called a campaign of ethnic cleansing.

"Violence was visited upon women, including pregnant women, who are seen as custodians and propagators of ethnic identity, as well as on young children, who represent the future of the group," Guterres said.

"This can be linked to an inflammatory narrative alleging that high fertility rates among the Rohingya represent an existential threat to the majority population."

The report, which will be a focus of a UN Security Council meeting on Monday on preventing sexual violence in conflict, puts 51 government, rebel and extremist groups on the list.