'Be it young lovers or newlywed couples, they shouldn’t go to such places. We cannot tell everyone not to go. Police can’t be deployed at all such spots,' Anand Singh said on Friday. 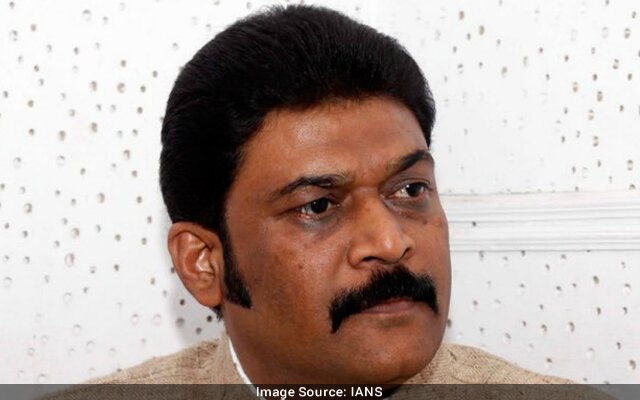 Seconding the thoughts of the Karnataka Home Minister Araga Jnanendra, state tourism minister Anand Singh also agreed to the statement that the Mysuru gangrape victim committed a mistake by venturing into the  desolate area on Tuesday night.

“Be it young lovers or newlywed couples, they shouldn’t go to such places. We cannot tell everyone not to go. Police can’t be deployed at all such spots,” Singh said on Friday.

Later the state tourism minister had to apologise and  withdraw his remarks.

A day earlier, Karnataka Home Minister Araga Jnanendra's comment on the gangrape of the 23-year-old MBA student stirred a massive controversy where he was heard saying,  “Around 7-7:30 pm they went there. It is a deserted place, they should not have gone, but we can’t stop anyone from going, they went. It is a deserted place and no one usually goes there.”

Surprisingly, similar tone of accusing the victim was also present in the former chairperson of the Karnataka state commission for women, Manjula Manasa's comment as she said that it was 'disgusting' that being an MBA student, she went there at that hour.

All these victim-accusing comments coming from the ministers of the ruling BJP government engendered a massive uproar and drew huge criticism from the Opposition Congress where state president D K Shivakumar questioned if the BJP  government is trying to insinuate that leaving homes after sunset is not the right thing to do.

On Tuesday night, four-five men sexually assaulted the MBA student hailing from outside Karnataka, in a secluded area near the Chamundi Hills in Mysuru. Both the student and her friend are hospitalised, Police are yet to apprehend the accused.