Naming, Shaming And The Panama Files

As far back as the 1970s, tax evasion was a flourishing business in India and the situation hasn’t changed much 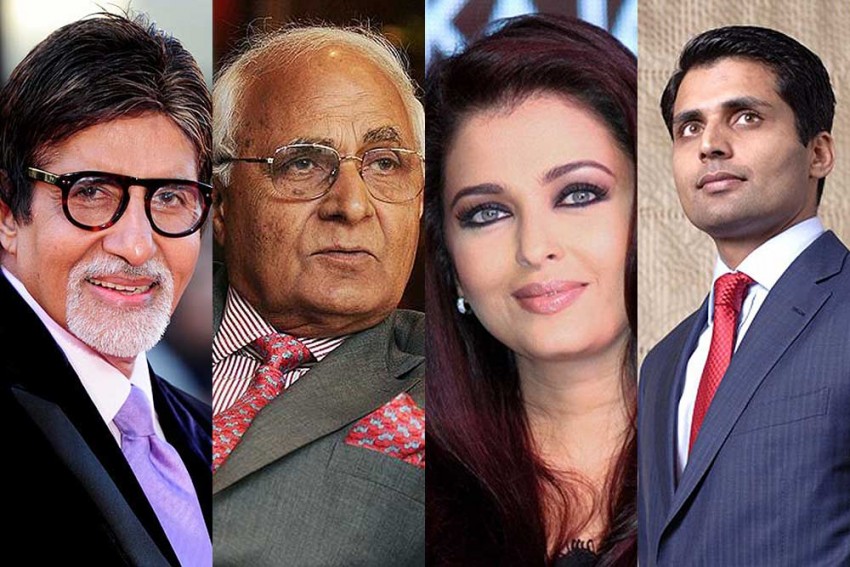 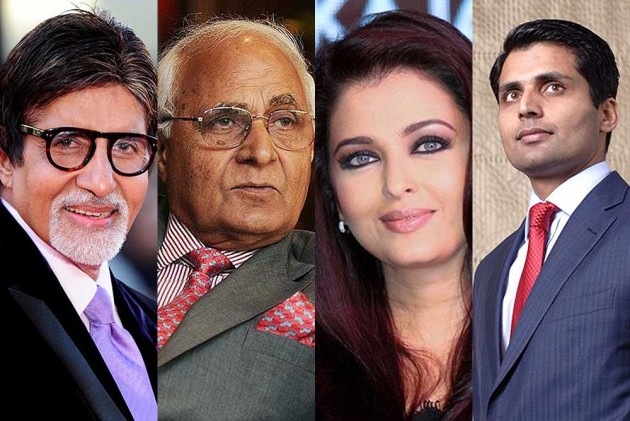 Edward Snowden calls the Panama Papers the biggest leak in the history of data journalism. Unearthed by the ICIJ and The Indian Express, the list includes at least 500 Indians with bank accounts and directorships in companies in the tax haven of Panama Islands such as Asihwarya Rai and Amitabh Bachchan, DLF’s KP Singh and IndiaBulls promoter, Sameer Gehlaut.

Internationally, conspiracy theorists point to a CIA hand in targeting Russian President Putin -- a 2-billion paper trail of secret deals and loans lead to his coterie of friends. China’s Xi XIngping is embarrassed and the Icelandic Preme Minister is casualty number one, having put in his papers on Tuesday. Lionel Messi is ready to sue for defamation.

As the naming and shaming begins worldwide and the tax men come calling, experts in India are calling it a case study on Indian tax evasion. The data, which goes back in the case of Amitabh Bachchan for instance to a 1977 directorship in a shipping company, illustrates how things are done in India. As far back as the 1970s, tax evasion was a flourishing business and despite liberalization post 1991, the situation hasn’t changed much.

And while the jury is out on the illegality of opening companies and accounts especially in tax havens abroad, tax officials point out that the Panama law firm, Mossack Fonseka, whose data was leaked, does have a reputation for stalling information to be given to authorities, creating shell companies and fake office bearers’ names. The company has been known to offer its services for Participatory Notes and other such financial instruments which by themselves are above board but are an effective means of hiding the actual identity of the individual. So why would high net individuals who need to park millions of dollars employ the services of companies of such repute, they ask.

“It might not be illegal but what about the morality? If it is a straight forward deal, why would a businessman employ the services of a company such as MF,” asks ex JNU Professor and black money expert Arun Kumar. “And this is besides the fact that a poor country is losing out on taxes if companies are set up in jurisdictions such as these tax havens,” he adds.

But that apart, after at least five such lists have been exposed, some by the ICIJ, and with the establishment going into a tizzy each time, question that everyone is now asking is whether it is really illegal to hold a bank account abroad, in a tax haven or otherwise. KP Singh or Sameer Gehlaut have given statements that any companies acquired or accounts opened were fully complaint with Indian laws and done after due disclosures made in their annual reports and to the RBI.

A disclosure to the RBI enables an individual or a company to remit money abroad. Post the Liberalised Remittances Scheme launched 2004, the quantum of money that can be sent abroad has shot up from $25,000 to $250,000. That’s why RBI governor Raghuram Rajan sounds cautious, “We are obviously part of the investigative team that is going to look into this matter. It is important to note that there are legitimate reasons to have accounts outside,” he said after unveiling the first bi-monthly monetary policy for 2016-17. “The Liberalised Remittance Scheme (LRS) allows you to take money outside. Yet to see what is legitimate and what is not legitimate. That’s the process of investigation that will take place,” he added.

But then there is also the Black Money (Undisclosed Foreign Income and Assets) and Imposition of Tax Act of 2015 -- better known as the Black Money Act -- which Indians on the Panama list must prove they are not in violation of. Passed in 2015, the law gave a three-month window ending September 2015 to declare undisclosed income and pay penalties. Under this scheme, 644 declarations were made involving Rs 4164 crore. The Finance Ministry which was prompt to set up a committee to probe the Panama tax leak will first have to probe how many of those mentioned in the lists are falling foul of this law.

Justice Arijit Pasayat, part of the Supreme Court monitored SIT probing the black money issue, told Outlook, “Even in the case of HSBC accounts, the question of NRI accounts came up. And NRIs aren’t governed by our laws. So in those cases, the Income realized that NRIs are beyond our jurisdiction. But the first step that needs to be taken is to verify which are legitimate accounts and which aren’t otherwise people will say why are you after legitimate transactions.”

And even if the government does choose to probe the illegalities, our income tax laws would stone walling this probe. Companies or individuals can be investigated for tax returns going back only six years post which any investigation becomes time barred. Most accounts as per the Panama papers were opened several years ago.

Interestingly, North Block has not been so forthcoming in the past. The LGT bank list was available to the government in 2007. The list, obtained by the German secret service for 400 million euros from an employee of the bank, was made available to governments world wide by the German government but India chose not to take it.

Yet again, the HSBC list, leaked by a disgruntled employee Harve Falciani from the Swiss arm of the HSBC bank in 2008 in Switzerland was in the public domain since 2008. The list was sent to the PMO by the International Monetary Fund’s Christine Lagarde and later by the French government but remained buried till the Supreme Court decided to act in 2010 on a plea filed by lawyer Ram Jethmalani. Harve Falciani had then stated that what has been revealed was just a fraction of the data available.

For the better part of UPA 2, the government hid behind the excuse that stolen data cannot be relied upon as it isn’t authentic and if challenged in a court of law, the prosecution’s case could fall flat. India’s move was inconsistent with that of countries elsewhere which chose to act on the data, stolen or otherwise to launch prosecutions. As the black money campaign picked up steam, the government did act and to overcome future anomalies -- a flurry of tax agreements for taxation and exchange of information were signed with governments worldwide in a move that was much publicized.

But while these DTAAs and TIEAs would have applied with prospective effect, the government has not been able to explain how the cases of black money are now being acted upon. As per a finance ministry statement, there are 628 Indians in the 2011 HSBC list. Of these, assessments of 390 have been done, Rs 5018 crore of undisclosed income found and a tax demand of Rs 4584 crore raised. In the 2013 ICIJ case, 184 Indians admitted to having offshore connections and 52 prosecutions under the Income Tax Act have been filed. A number of these cases are now being contested at the Income Tax settlement commission.

The grip on tax havens, blood money, drugs funding terrorism etc gained currency post 9 /11 when a sanctimonious US launched a string of measures all aimed at keeping America safe. Experts point out that of the 90 tax havens world wide, the popular choice of evaders now is Delaware in the United States followed by Dubai and Singapore. The irony isn’t lost on anyone.

One Woman & Many Powerful Men