Narendra Dabholkar Handed Over File Against Sanatan Sanstha To ATS After He Received Threats: his son tells court

Narendra Dabholkar, a noted anti-superstition activist, was shot dead on Omkareshwar bridge in Pune while he was on a morning walk on August 20, 2013. 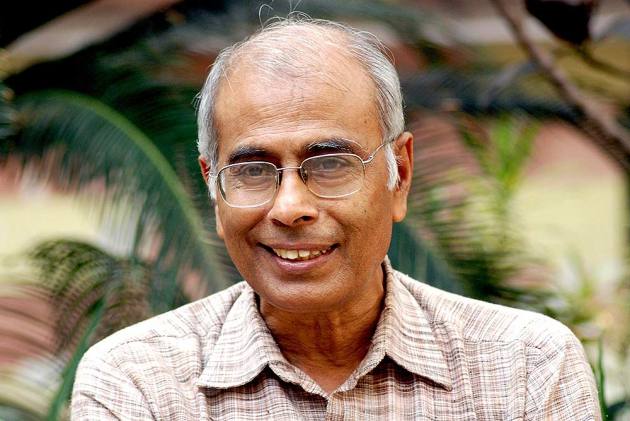 Slain rationalist Narendra Dabholkar had handed over a file against right-wing Sanatan Sanstha to the Anti-Terrorism Squad after he received threats, his son and prosecution witness Hamid Dabholkar on Saturday told a court here in Maharashtra which is trying the 2013 murder case.

He also said that Sanatan Prabhat, the mouthpiece of Sanstha, had published many articles against his father in which it was threatened that Narendra Dabholkar will be made the "second (Mahatma) Gandhi", insinuating that he too will be shot dead. Hamid was examined and cross-examined by the prosecution (CBI) and defence during the trial before additional sessions judge (special court) SR Navandar.

Narendra Dabholkar, a noted anti-superstition activist, was shot dead on Omkareshwar bridge in Pune while he was on a morning walk on August 20, 2013. Hamid, a psychiatrist, told the court that organisations like Sanatan Sanstha were against his father as he and the Andhashradha Nirmulan Samiti (ANIS) were trying to eradicate superstitions from society and working to bring an anti-superstition law.

"The kind of work for the eradication of superstitions my father was doing, organisations like Sanatan Sanstha were against him and he often used to have a dispute with office-bearers of Sanatan Sanstha," Hamid (43) told the court during his examination by Central Bureau of Investigation lawyer and special public prosecutor Prakash Suryawanshi. He said Sanatan Prabhat, the mouthpiece of Sanstha, had published many articles against his father.

When asked about the content of the said articles, Hamid said (referring to articles), "If you don't stop this work of eradication of superstition, you will be made second Gandhi (You will meet the same fate as of Mahatma Gandhi)". Queried about the action initiated by Dabholkar in view of the articles, Hamid said his father had prepared a file against Sanatan Sanstha and handed it over to the Anti-Terrorism Squad (ATS).

When asked why he thinks his father was killed, Hamid said despite the stiff opposition he was facing, the Dabholkar senior continued his work to eradicate superstition from society and that is why he was killed by organisations like Sanatan Sanstha. Hamid also informed that his father was fighting at least 15 defamation cases which were filed because of his articles in the publications of ANIS.

Defence counsel Prakash Salsingikar asked whether Hamid had seen by himself any threat letter sent to Dabholkar by Sanatan Sanstha, he replied in negative. However, Hamid said he had seen a letter sent by advocate Sanjeev Punalekar to his father. Punalekar is one of the accused in the murder case. Hamid said he didn't remember reading that letter.

Asked if followers of the Sanatan Sanstha and members of ANIS had ever indulged in a scuffle, Hamid said "no". Speaking about threats issued to his father allegedly by self-proclaimed godman Narendra Maharaj, Hamid said the godman had issued threats to Dabholkar senior in the year 2000 when he had threatened to cut his legs. "But he never issued such threats thereafter," Hamid said.

He said that it was correct to say that an offence had been registered against followers of Narendra Maharaj for assaulting ANIS members. The defence counsel cross-examined Hamid over financial matters of ANIS and the Sadhna trust, to which he said he did not know of. Queried whether the late Narendra Dabholkar used to receive an honorarium from ANIS for his work, Hamid replied in negative.

Replying to a question about funds, if any, received by ANIS or Sadhna Trust from the USA, Hamid said that he cannot say whether both the entities had received the funds. He also replied negatively to a query whether he knew that any amount received from overseas was transferred to Sadhna Trust's account from ANIS.

When asked by Salsingikar about the withdrawal of Rs 60,000 for Dabholkar from the ANIS' account and of Rs 50,000 each for two other ANIS members, Hamid said he didn't know. To a query, he said the accounts of ANIS were audited regularly. The cross-examination of Hamid will continue on January 1. The Dabholkar murder case trial began in Pune on October 29 this year. Some of the accused were present in the court during Hamid's cross-examination.