In its 19-page chargesheet filed in the Mahant Narendra Giri death case, the Central Bureau of Investigation (CBI) has said that accused Anand Giri, Adya Tiwari and Sandeep Tiwari were guilty of abetment to suicide. 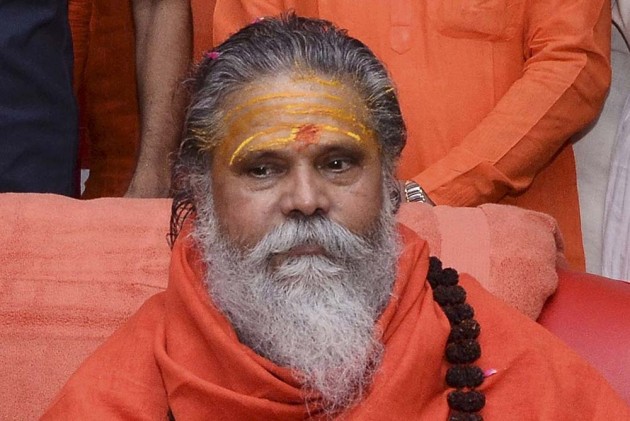 In its 19-page chargesheet filed in the Mahant Narendra Giri death case, the Central Bureau of Investigation (CBI) has said that accused Anand Giri, Adya Tiwari and Sandeep Tiwari were guilty of abetment to suicide.

A video recorded by Mahant before his death has been treated as dying declaration by the CBI, while the report of the seven-page suicide note sent for forensic and handwriting analysis is awaited. On September 20, Mahant Narendra Giri, president of Akhil Bhartiya Akhara Parishad (ABAP), was found dead at the Baghambari Gaddi in Prayagraj. The chargesheet states that on May 26, a truce was struck between Anand and the Mahant in Lucknow but it did not work out.

Mahant Narendra Giri became head of the Baghambari Mutt in 2004 and Anand became his disciple in 2005. Differences cropped up between them when Anand formed 'Ganga Sena' and held a camp without Mahant's permission.

On January 7, 2010, Mahant named Swami Balbir Giri as his successor but on August 29, 2011, nominated Anand in a fresh will. The Mahant again changed his will on June 4, 2020, nominating Balbir as his successor and saying Anand had started visiting foreign countries and raised a separate entity. Mahant had said in his will that Anand was involved in 'anti-religious' activities and also wrote about expelling the latter for his misdeeds.

The CBI probe stated that Anand requested Mahant Ravindra Puri of Niranjani Akhara to play interlocutor and get his expulsion revoked. On May 23, Ravindra made a call to Mahant which was recorded by Anand. During the chat, Anand threatened the Mahant saying he is in possession of many objectionable audios and videos.

On September 11, Narendra Giri asked his disciples about 'sulphas' and its impact on the body. On September 19, he asked another disciple to bring a nylon rope. The CBI chargesheet mentions that Mahant was seen taking the nylon rope inside the guest room and next day told his disciples that Anand was going to release edited videos showing him in objectionable position with a woman.

The CBI mentions that the video found in the Mahant's phone reflected he was under grave trauma due to the conspiracy.