A string of airports, road and river links are expected to come up in the Northeast by the end of 2017-18 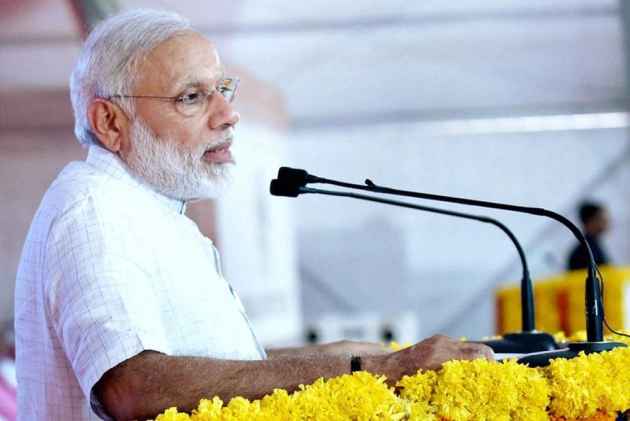 Instead, to mark his third year in office, Prime Minister Narendra Modi on Friday opened India’s longest bridge that makes the border state Arunachal Pradesh, which China considers disputed territory, just a one-hour dash from Assam. It will cut the usual travel time of six hours and shorten road distance by nearly 150 km. The 9.15-km link is a military-grade bridge, capable of carrying heavy infantry.

Opening the river-link, Modi said: “This is one of the most important infrastructure projects in our nation.”

Modi’s decision to be in Assam on the occasion of his government’s completion of three years signals not just greater domestic political engagement but a hasty drive to ramp up border infrastructure. Under the Prime Minister’s Office’s watch, about 27 projects are lined up for delivery by the end of 2017-18, according to details seen by Outlook.

The Dhola-Sadiya link is among a string of projects in the Northeast that the Modi government wanted completed on high priority.

Much of India’s 4,056 km-long border with China is inaccessible by road. The bridge Modi opened on Friday will ensure troops can reach Arunachal swiftly from central Assam’s Tezpur, a key military base. Modi also inaugurated a national-level agricultural research institute, apart from laying the foundation for an All-India Institute of Medical Sciences.

Key projects required to be delivered by the end of the current financial year, are slated to come up in Arunachal Pradesh, a state China’s claims in entirety. The big push is for a string of border airports. The Centre wants three remote air-sectors, namely “Shillong– Kolkata”, “Kolkata -Guwahati– Lilabari” and “Kolkata -Guwahati –Tezpur” to be turned into regular air routes capable of handling large planes. Shillong is the capital of Meghalaya, which borders both Myanmar and Bangladesh. Lilabari – in Assam’s Lakhimpur district -- is the closet commercial-grade airport to Arunachal Pradesh.

Five associated projects to be completed by the year-end include an upgraded airport at Tezu in Aruanchal Pradesh, “security enhancement” at Barapani airport that serves Meghalaya, a runway expansion at Dibrugarh airport, where Modi landed on Friday, apart from Hangar constructions at Imphal, the capital of Manipur, as well as Dibrugarh.

The surface transport part of the plan includes completion of 250 km of interstate roads in the Northeast, three inter-state truck terminals and five concrete bridges over smaller rivers critical for troop movement, apart from 10 suspension foot bridges at various remote places. The most ambitious project is a 2000-km highway to connect the eastern flank of Arunachal Pradesh to its capital Itanagar to the west, which has already been approved by the Defence Ministry.