Naseeruddin Shah Slammed For Referring To Mughals As 'Refugees'

Actor Naseeruddin Shah has landed in trouble yet again and this time for referring the Mughals as refugees in a viral video. 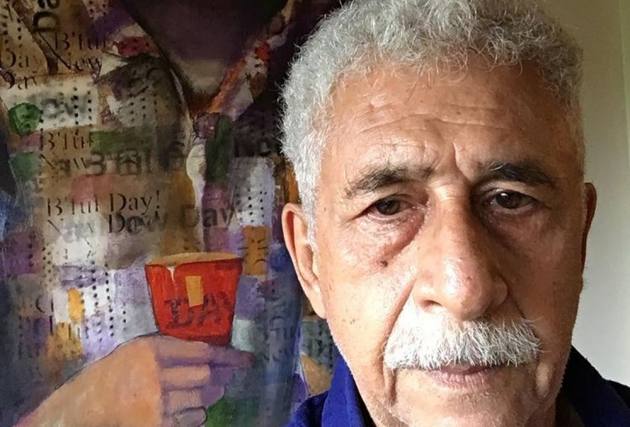 Veteran actor Naseeruddin Shah has gotten himself in yet another controversy, this time for making controversial statements about the Mughals. The actor was caught on camera saying that Mughals were "refugees" in a now-viral video.

Mughals came here to settle. They Contributed to India's Culture, Music and Left lasting Legacies. You can call them refugees: Naseeruddin Shah to Karan Thapar pic.twitter.com/uqC6aXTaz3

In a video circulating on social media, the actor can be seen in an interview with  The Wire. According to News18, the following  lines from the original video were omitted in the clip: “No one talks about Taimur, no one talks about Mahmud of Ghazni, no one talks about Nadir Shah. I don’t think these people are conversant with that history. Those were the marauders who came, looted and left."

Shah has faced backlash after referring to Mughals as "refugees," and the video has gone viral, with the hashtag "Mughals" trending on Twitter.

You cannot eliminate 20 crore of us. Indian Muslims are going to fight back: Naseeruddin Shah pic.twitter.com/tqBKRI7faR

The Ancestors of Mughals, the Timurids had a great of art and architecture in Samarqand and Bukhara. Naseeruddin Shah is bit wrong here. People coming with cannons, muskets, swords and arrows aren't refugees. They are Invaders.#Mughals #naseeruddinshah pic.twitter.com/ScIf8p4IkS

If you think Mughals were refugees, and Aryans were invaders,
Then your mental treatment is required.#naseeruddinshah pic.twitter.com/CCuSq1VXn7

Shah, who is frequently in the news for his political opinions, had previously slammed Indian Muslims for celebrating the Taliban and advised them to reconsider their beliefs. He sent a powerful message to Indian Muslims who are "celebrating" the Taliban's return to Afghanistan. Some on Twitter praised Shah for speaking out against the celebrations around the Taliban's takeover of Afghanistan, while others trolled and slammed him for doing so.