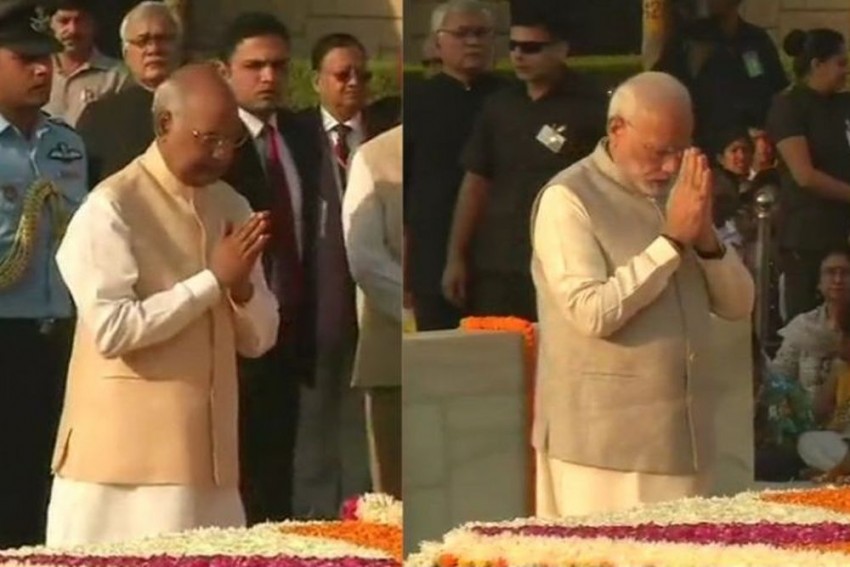 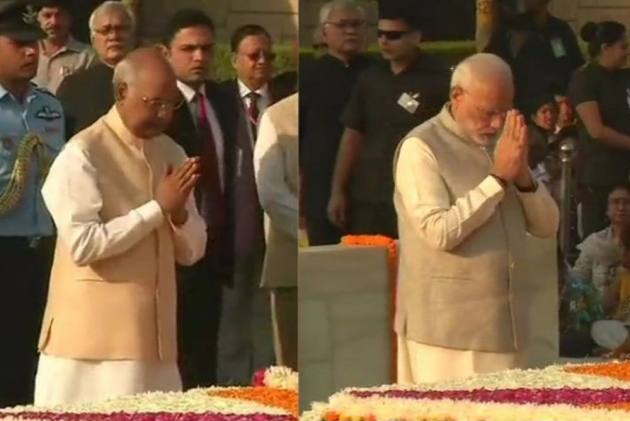 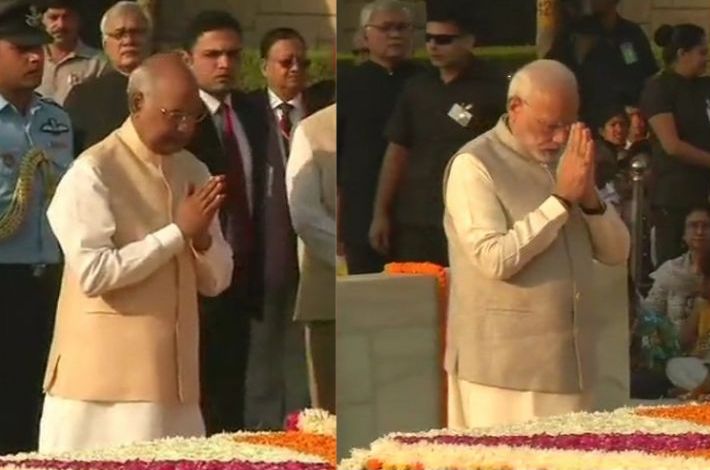 Earlier in the day, paying homage to the Father of the Nation, the Prime Minister, tweeted, "From today, we are entering Pujya Bapu's 150th anniversary year. It is a great opportunity for all of us to fulfill his dreams."

He will also attend the closing session of the Mahatma Gandhi International Sanitation Convention (MGISC) at Rashtrapati Bhavan Cultural Centre. MGISC has been a 4-day international conference that has brought together Sanitation Ministers and other leaders in WASH (water, sanitation and hygiene) from around the world.

At this event, Prime Minister Modi will visit a mini Digital Exhibition. He will be accompanied by the Secretary General of the United Nations, Antonio Guterres. From the dais, the dignitaries will launch commemorative postage stamps on Mahatma Gandhi, and a medley CD based on Mahatma Gandhi's favourite hymn - "Vaishnav Jan."

The Swachh Bharat Awards will also be distributed on this occasion.

Later in the day, the Prime Minister will inaugurate the first Assembly of the International Solar Alliance at Vigyan Bhawan. The same event will also mark the inauguration of the second IORA Renewable Energy Ministerial Meeting, and the 2nd Global RE-Invest (Renewable Energy Investors' Meet and Expo). Guterres will also be present on the occasion.

Some ministers also took part in in the cleanliness drive.

On the other hand, half a dozen influential US lawmakers, including four Indian Americans, have moved a resolution in the US House of Representatives to posthumously award the prestigious Congressional Gold Medal to Mahatma Gandhi in recognition of his promotion of peace and non-violence.

The announcement was made by Maloney during the popular India Day Parade in New York in August. "Mahatma Gandhi's historic Satyagraha movement of non-violent resistance inspired a nation and the world. His example energises us to devote ourselves to the service of others," she said.

"His legacy inspired civil rights movements around the globe, from Martin Luther King's movement for racial equality to Nelson Mandela's fight against apartheid. As a public servant, I am inspired everyday by his courage and example. Let us all follow Gandhi's directive to 'be the change you wish to see in the world'," Maloney said.

"As India and the world commemorate the 150th birth anniversary of Mahatma Gandhi, we applaud and greatly appreciate the initiative of Congresswoman Carolyn Maloney of New York for introducing legislation in the US Congress to honour the memory of the Mahatma, a person who inspired countless millions all over the world to take the path of truth, peace and non-violence," said Sandeep Chakravorty, Consul General of India in New York.