Nation Without Well-Functioning Institutions Is Bound To Fail: Manmohan Singh

Manmohan Singh remarks came at a time when the government is under fire for "undermining institutions" including the Reserve Bank of India and the Central Bureau of Investigation. 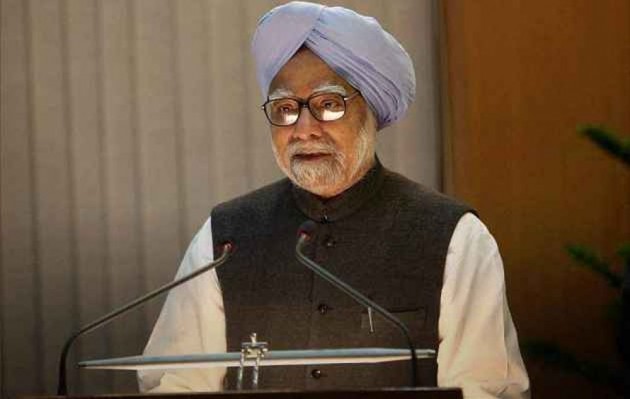 Former Prime Minister Manmohan Singh on Saturday said that integrity of major institutions was under attack under the present dispensation and that a nation without well-functioning institutions was bound to fail.

He said well-functioning institutions of governance was a necessary condition to maintain peace and harmony and that if the present situations persists, it could create chaos in society, economy and polity.

His remarks came at a time when the government is under fire for "undermining institutions" including the Reserve Bank of India and the Central Bureau of Investigation.

"Besides, the institutions must be impartial, objective and should function for the benefit of all sections of society. Unfortunately, integrity of major institutions faces many challenges. The deterioration of the institutions adversely affects the functioning of various organs of the state and in eroding their credibility," the former Prime Minister said at a conference on 'Towards Peace, Harmony and Happiness: Transition to Transformation'.

"Such a situation can create chaos in society, economy and polity. A nation without well-functioning institutions is bound to fail," he said.

The former Prime Minister said that maintaining secular character of all the institutions -- judiciary, executive and legislatures -- was a pre-requisite for peace and harmony.

"Eventually, it is the responsibility of the political and religious leadership, civil society, intelligentsia and the media to uphold the Constitution and the integrity of institutions," he said.

"When the institutions start deviating from a just discharge of their constitutional responsibilities and knowingly or unknowingly fall prey to the extra-constitutional powers and non-state actors, then there is a danger of violence entering into the process of transition and transformation," he said.

Singh added that attempts were being made to create an atmosphere of fear through communal polarisation. He said communal harmony was crucial for citizens to lead a life free from fear, anxiety and uncertainty in a multi-religious society like in India.

"There are various types of economic and non-economic factors which give rise to fears, anxieties and uncertainties. We must diagnose the underlying reasons behind such a scenario and move forward to translate the conflict and anger into peace, harmony and happiness," he said.

He said the transition to peace and harmony would require transparency, honesty, probity and truthfulness in public life.

"Unfortunately, the use of religion, caste and other such factors by the political parties to advance their political interests and capture power can create an atmosphere of hate and division among religious and caste groups. Such an environment poses a serious challenge to the peaceful transition and transformation," he added.

"It is in this context that the saner elements in the society need to unite and counter the evil designs of those forces that are bent upon to disrupt the peace, harmony and happiness," Singh said.