Gupta, Roman and Islamic coins and shared currencies of India & Pakistan and East & West Germany feature in ‘India and the World’ exhibition on in Delhi 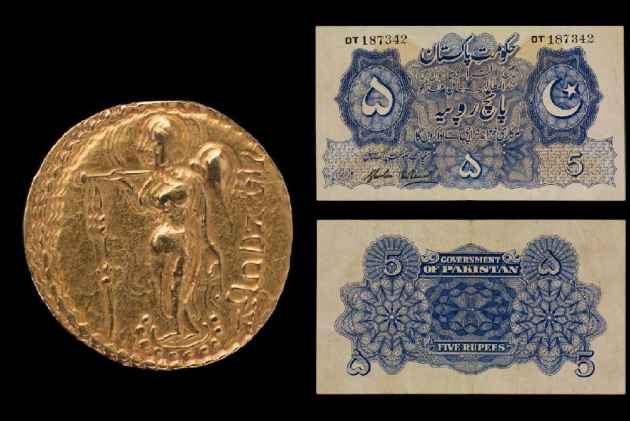 When Constantine the Great became the first Roman emperor to convert to Christianity 18 centuries ago, its historicity had a cascading effect on the looks of the coins. Thus, starting from the early 4th century AD, most of the kings flaunted their religious allegiance on the legal tender the subjects used in their part of the world. That became the general trend for some 300 years—until the coinage practice in the Middle East chose to avoid representations of either kings or their religious symbols.

Such interesting twists down the course of civilisations of yore find narration in a major exhibition that is on in Delhi. The two-month-long ‘India and the World: A History in Nine stories’ at National Museum is a testimony to the exquisite craftsmanship that has gone into those small but valuable metal pieces that had effectively been an instrument for kings the world over to assert their power, establish the sweep of their kingdoms and advertise their faith and legitimacy.

In fact, the Romans used their coins to spread the message that Christianity was the new state religion. So, a coin of Romulus Augustulus (AD 475–76), the last Roman emperor in the West, shows his portrait on one side and a Christian Cross on the other. It is another matter the Cross was showed for the first time on the coinage of Aksumite rulers (100 AD-900 AD).

Around the 7th Century happened the arrival and expansion of Islam in the Middle East. So, coins began to be minted without representations of kings and religious symbols but with texts from the Quran, representing the word of God instead. This new style of coinage had an underpinning message that it was not the ruler who was the paramount power in the empire. Consequently, Muslim rulers were not depicted on the coins.

Equally interestingly, coins minted in Eastern Asia—along China to be precise—too, did not carry images of rulers or religious symbols. Instead, they bore inscriptions confirming their economic value and legitimacy, going by the coins at the National Museum on display till June 30. The show also displays some iconic currency notes that reveal loads of information on nation-building, statecraft and politics of the time. Not to be missed, are the shared currencies of India and Pakistan immediately after the 1947 Independence and of West and East Germany after the Second World War (1945). There are also banknotes on the Cuban independence (1895-98).

“The exhibition offers the visitors an opportunity to view these coins and banknotes through a political prism though these were also a potent visual language of faiths of kings,” says National Museum Director-General B R Mani. “Traditionally, coins are merely viewed as representations of trade and commerce,” he adds about the eventthat displays 104 works of art from the Indian subcontinent in dialogue with 124 pieces from the British Museum.

If the Roman and Byzantine kings as well as Sassanian and Aksumite rulers sought to demonstrate through coins their personal relationship with the divine as a means to enhance their authority, the practice wasn’t any different in India. Within the subcontinent, too, coinage was didn’t limit itself to being a medium to show military strength and administrative control. It was also a means to publicise one’s faith and assert legitimacy by claiming descent from a god (have divine sanction to rule).

For instance, the Gupta dynasty. Its kings of AD 320–550, who ruled over large swathes of the subcontinent, issued gold coins (dinar) that had a Hindu deity on one side and the ruler on the other. This visual representation of their religion was a potent tool to advertise the king’s faith. Thus, several Gupta coins display images of Garuda, Lord Vishnu’s bird mount, or his consort Goddess Lakshmi.

Slightly different was the practice followed by the Pallava and Chalukya rulers in the south, where even the image of the ruler was absent. One instance at the exhibition is a copper coin (AD 550–620) of the Pallavas shows a humped bull (Nandi, the mount of Lord Shiva) and on its reverse is the wheel, which symbolised the chakravartinor universal monarch. But it is also a symbol of Lord Vishnu, and it was a proof that kingship was bolstered by faith.

Overall, the exhibition showcases 31 historical coins and 16 currency notes, and a number of them, lent by the British Museum (for the first time in India). These include Gupta gold coins (dinar), Roman gold coins, Pallava copper coins, Chinese copper coins, and Islamic coins. 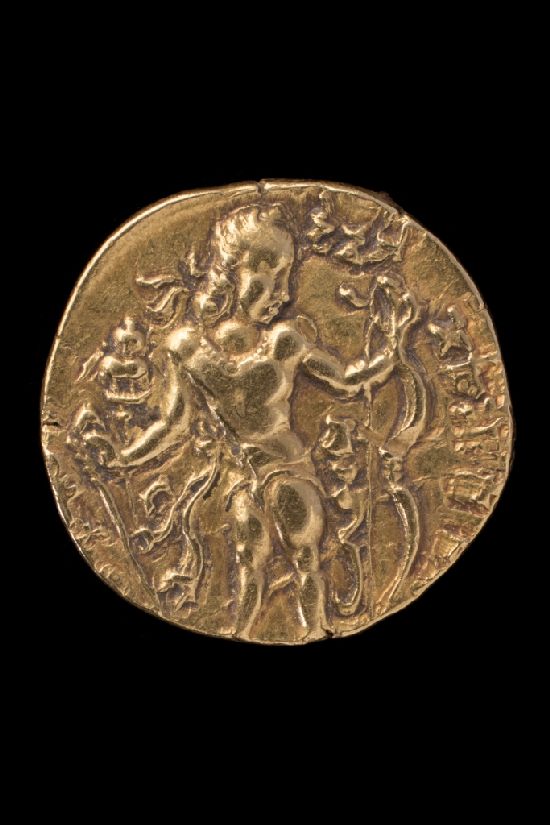 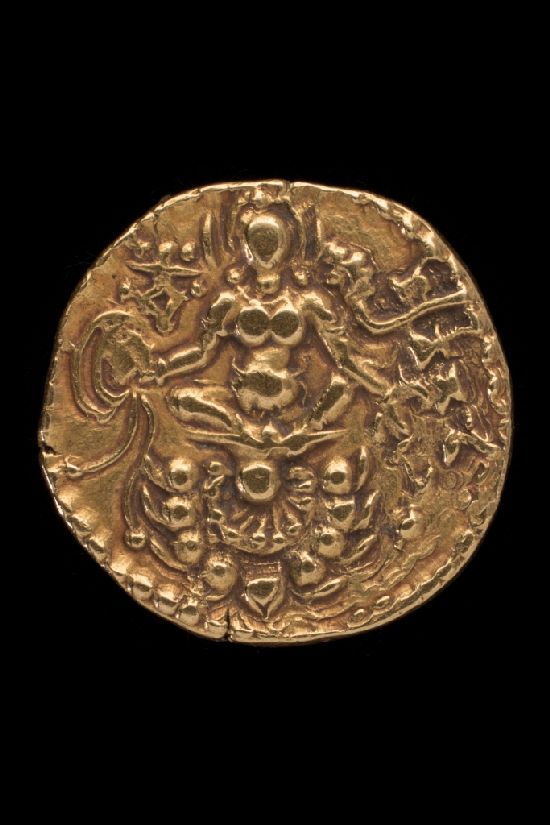 As for currencies, the exhibition displays a Cuban one peso paper note (AD 1879), which has been lent by the British Museum. It was printed before Cuba gained independence from Spain, and became the first way for that country to express its identity as a free nation.

Equally fascinating is the first note issued by the RBI in 1938 with a portrait of King George VI, and this design continued in British India. Immediately after Partition, Pakistan continued using RBI notes with a superinscription, which read ‘Government of Pakistan’ in English and Urdu. 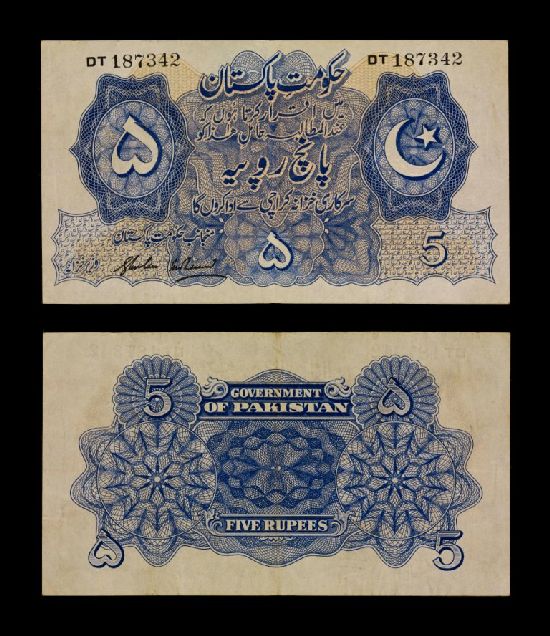 India also used these notes until 1949, when the first one-rupee note for independent India was released with the national emblem, the Ashoka Lion Capital.

Likewise, when Germany was divided into East and West after the Second World War, the first currencies issued by the two countries in 1948 were one-mark notes. West Germany, led by the US, later introduced a new currency. To counter it, the Soviets introduced a rival currency, the Ostmark in East Germany, signalling the completion of Germany’s division.

As the museum D-G Dr Mani says, “With exhibitions like this, museums can rekindle interest of the current generation in coins and numismatics.”