Often known as country's best theatre training institute, National School of Drama organizes a string of festivals on the campus 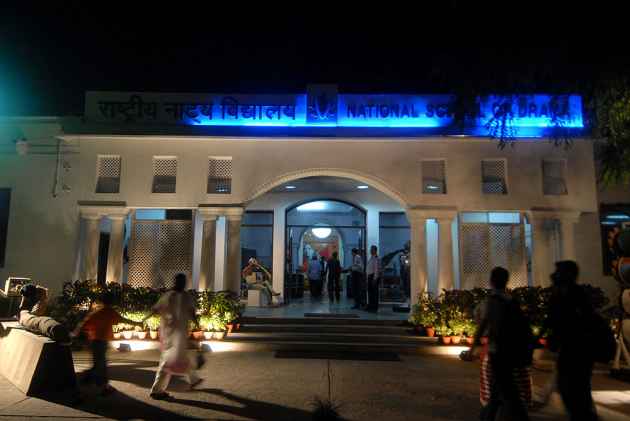 Students at the National School of Drama have gone on strike against their institution for paying more attention to festivals organised on the campus than students' education.

The students have alleged that the institution is neglecting their education to accommodate festivals. This is against the backdrop of 'Theatre Olympics' to be held in 2018 and the upcoming 'Bal Sangam', reports The Indian Express.

Often known as country's best theatre training institute, National School of Drama organizes a string of festivals on the campus.  The campus is also set to host the 8th edition of 'Theatre Olympics' from February 17th next year.  It will be held in India for the first time.

According to the report, final year productions Tukda Shahar and Ujala Syah, were cancelled on Monday because the technical staff were busy preparing for the upcoming festivals and the properties required for the productions could not be ready.

Protesting students also covered the word 'drama' in the signboard of the main building of the campus, replacing it with 'festivals' and slapped hand-written notices which said, 'Show cancel, festival kyon cancel nahin? (Shows are cancelled, why aren't festivals?)