The various events that have been planned include an exhibition showcasing the valour of armed forces, display of ships, submarines, aircrafts, arms and equipment models. 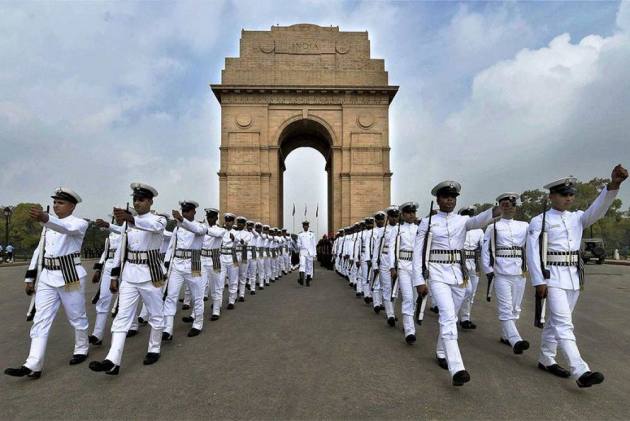 Beginning on September 29, the Indian Navy has planned a two-day event in Mumbai and Goa to commemorate the second anniversary of surgical strike carried out by the defence forces in 2016 to attack terror camps across the border in Pakistan.

The event, which will take place in the Ballard Pier Cruiser Wharf at Naval Dockyard in Mumbai under Western Naval Command, will have exhibition stalls and video walls, a Navy official said.

The entry for the event venue will be from Tiger Gate, the official informed.

"The events will showcase the gallant action of the Army in carrying out the surgical strike on September 29, 2016, and will also remember the sacrifice of Indian soldiers during the Uri incident," the official said.

The various events that have been planned include an exhibition showcasing the valour of armed forces, display of ships, submarines, aircrafts, arms and equipment models etc,
he said.

Ships will be open to public and visits by schoolchildren as well as NCC cadets to ships, submarines and air stations are being planned, he added.

Schoolchildren will be encouraged to participate in letter-writing and card and poster competitions to honour valiant soldiers, he said.

The Army had carried out surgical strikes on the night of September 28-29, 2016 in Pakistan Occupied Kashmir, inflicting heavy casualties on terrorists.