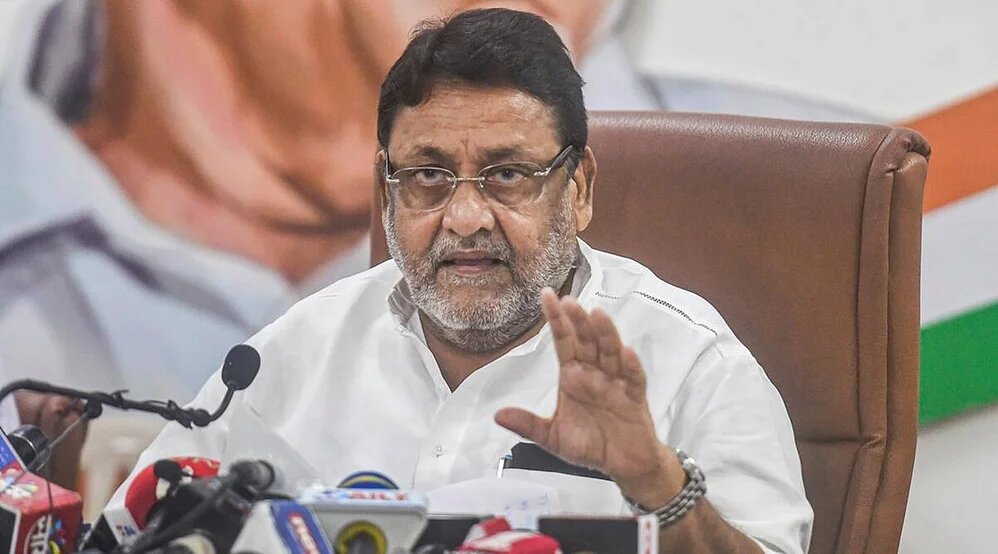 Continuing his feud with the leader of the opposition, Malik in a press conference said there are “more bombs to be dropped” in coming days and he will spill the beans on this issue against the BJP.

No immediate reaction from BJP leader Fadnavis has been received upon the fresh charges levelled by Malik.

Malik on Tuesday also warned that he would drop a “hydrogen bomb” and reveal Fadnavis' alleged underworld links.

Fadnavis had on Tuesday alleged a dubious land deal involving Malik, his family members and two convicts of the 1993 Mumbai serial blasts case over a decade ago, a charge refuted by the minister.

On Wednesday, the NCP minister said while fake notes were seized in other states after demonetisation on November 8 2016, there was not a single such instance in Maharashtra.
At that time Fadnavis was the chief minister of the state.

“But Devendra Fadnavis helped sweep the case under the carpet. The seized amount was later shown with a value of Rs 8.8 lakhs,” Malik alleged, questioning why the case was not handed over to the National Investigation Agency (NIA).

“Incidentally, Sameer Wankhade (the Narcotics Control Bureau officer against whom Malik has levelled several serious allegations) was the DRI's joint director at that time,” he added.
Malik further said one Imran Alam Sheikh was arrested in this case. Later, his brother Haji Arfat Sheikh was made the chairman of the state minority commission, the minister claimed.
He alleged that Fadnavis appointed people with criminal background on several state boards.
He said one Munna Yadav from Nagpur was made the chairman of the Maharashtra Construction Workers Welfare Board despite criminal charges like murder registered against him.

Malik also alleged that during Fadnavis sheltered an individual whose second wife was a Bangladeshi. When the Malad police tried investigating the case, they was pressured.
“Fadnavis resorted to criminalisation of politics by appointing people with criminal background on government posts,” the minister alleged.

Malik and Fadnavis have been targeting each other with charges of underworld links. Both have denied any links with the underworld.

On Tuesday, Fadnavis said Malik and his family members were part of a company which purchased land in Kurla area of Mumbai at a very low rate by making some fictitious documents.

Malik had last week sought to link the BJP with an alleged narcotics dealer by tweeting the latter's photograph with the former chief minister and his wife Amruta Fadnavis.
The former CM had then said he will make revelations about Malik's “underworld links” after Diwali and also share the "documents and proofs" of the same with Nationalist Congress Party (NCP) president Sharad Pawar.