Rajya Sabha member Fauzia Khan on Friday made a case for providing age relaxation to civil services aspirants in view of the COVID-19 pandemic. 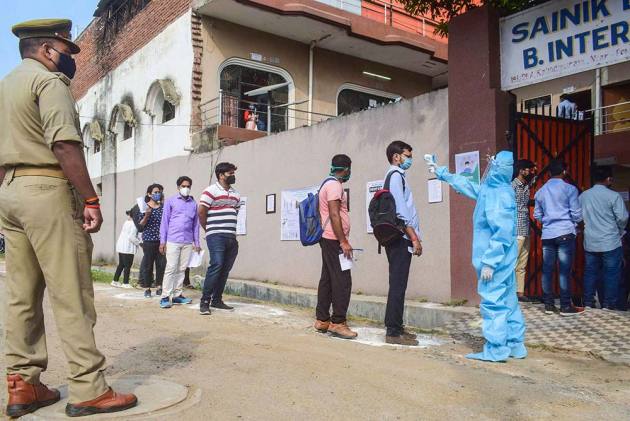 Making a special mention in the House, the NCP MP demanded a two-year relaxation for students who were age-barred in 2020 amid the pandemic and also two extra attempts for those who exhausted their chances in 2020.

"The nation, since early 2020, has been dealing with the COVID-19 pandemic. Millions have been adversely affected due to various socioeconomic, health and psychological problems because of the direct and indirect impact of the pandemic," she said.

In his special mention, Kirori Lal Meena of the BJP demanded a legislation on population control.

Earlier, BJP member Ajay Pratap Singh, in his Zero Hour mention, expressed concern over increase in prices of sand in Madhya Pradesh and demanded that steps be taken to control rates.

Sujeet Kumar of the BJD raised the issue of poor mobile network and internet connectivity in Kalahandi, Balangir and Koraput region of Odisha and said it was affecting education of tribal children.

He urged the government to take urgent steps to provide mobile and internet connectivity in all uncovered villages of this region.

Rakesh Sinha of the BJP demanded that authors, journalists, newspapers and magazines playing important role in the freedom struggle should be recognised in the 75th year of Independence and the government's publications division and National Book Trust should issue their monographs.

Syed Zafar Islam of the BJP sought enrolment of new persons who are economically weaker under Ayushman Bharat Yojana. He said district magistrates should be directed to include those genuinely poor people in the list of beneficiaries.

Shiv Pratap Shukla (BJP) demanded that the income limit for Economically Weaker Section (EWS) category should be increased beyond the current Rs 2.5 lakh so that more and more people could benefit from the government's reservation policy and other schemes.