NE Insurgents Staying In Bangladesh But Not Operating From There: BSF

Insurgent groups of the North-eastern (NE) region are still moving around in pockets of Bangladesh, but are not directly operating from that country, a senior BSF official said on Tuesday. 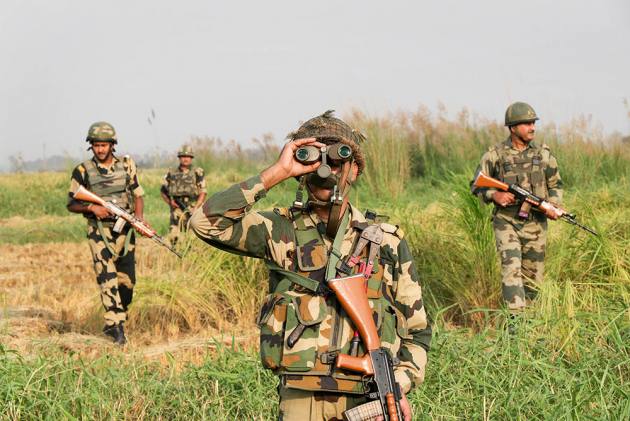 Those outfits do not have camps there and the cadres are staying either at their relatives' places or were given shelter by their sympathisers, BSF Meghalaya Frontier Principal Staff Officer D Haokip said at Shillong.

“Inputs suggest that Indian insurgent groups are still moving around in Chittagong Hill Tracts of Bangladesh and a few areas bordering Meghalaya. However, they are not directly operating from there,” said Haokip, a deputy inspector general rank officer.

The outfits include the National Liberation Front of Tripura (NLFT), Hynniewtrep National Liberation Council (HNLC), and remnants of the ULFA's Dhristi Rajkhowa-led group. Rajkhowa alias Manoj Rabha was the former commander of the 109 'battalion' of ULFA, the banned outlawed group of Assam, before he surrendered to the Indian authorities in 2020.

“There are no camps of these insurgent groups. It is corroborated by the Government of Bangladesh and the Bangladesh Border Guards. The members of these groups are staying at their relatives' home or in the care of their sympathisers,” Haokip said.

The two border guarding forces – the BSF and the BGB – which concluded their three-day commanders-level meet on Monday agreed to have zero tolerance towards insurgency, smuggling, trafficking of drugs and humans in their areas of operations along the Indo-Bangladesh border.

During the past one year, cattle smuggling has drastically reduced from over 10,000 to just 2929 till Tuesday, the BSF DIG said.

A total of 148 people, out of which 59 are Bangladeshis and 86 Indians, have been apprehended for trying to cross the international borders without valid papers in the past one year, he said.

Three people of Africa were also nabbed, Haokip said. However, smuggling of liquor, drugs and cough syrup is continuing as contraband items valued at around Rs 5 lakh were seized during the period, he said.

The 444.8 km-long international border with Bangladesh in Meghalaya has patches of unfenced areas which are prone to infiltration, smuggling and cross border crimes, the senior BSF official said.

Fencing on a 72.2 km stretch in the Khasi Hills region of the state is yet to start as there are land acquisition issues and riverine areas, he said.

Over 345 km of the international border have been fenced till date, the DIG said.