Cautioning against the spread of the virus in villages, Prime Minister Narendra Modi urged authorities to increase testing in smaller towns. 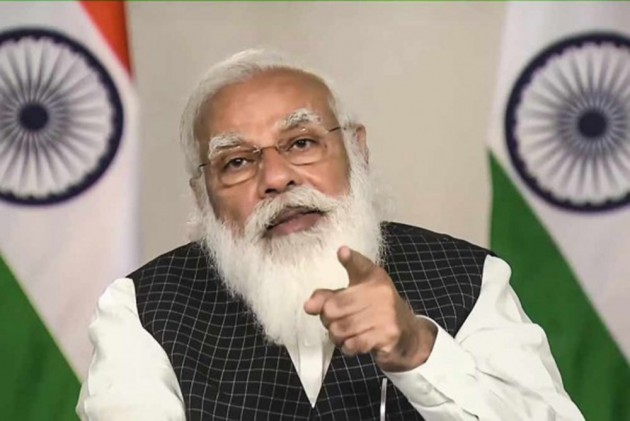 Prime Minister Narendra Modi on Wednesday expressed concern over rising covid-19 cases in India and urged authorities to take quick and decisive steps to contain the spread of the virus.

“We will have to stop the emerging second peak of Coronavirus immediately,” PM Modi said to chief ministers during a meeting, earlier today.

During the virtual interaction, Modi said in states like Maharashtra, Punjab and Madhya Pradesh the number of covid-19 cases has seen a rise while nearly 70 districts in the country have recently seen an increase in the positivity rate by over 150 per cent.

"If we do not stop it here, then a condition for a nationwide outbreak may emerge," Modi warned.

Cautioning against the spread of the virus in villages, PM Modi urged authorities to increase testing in smaller towns.

The confidence brought by India's fight against the pandemic should not lead to carelessness, he said, and asked chief ministers to increase testing and take preventive measures to contain the spread of the virus.

People should not be put on panic-mode but need to ensure that they take steps to get rid of this problem, he added.

"Test, track and treat" should be taken as seriously now as it has been for over a year since the outbreak, he said.

The Prime Minister also reiterated that RT PCR tests should make up for over 70 per cent of overall Coronavirus testing, while noting that states likes Chhattisgarh, Uttar Pradesh, Kerala and Odisha have been mostly dependent on antigen tests.

Modi also spoke against wastage of vaccines and called for more vaccination centres.

India has put up a strong fight against the Coronavirus so far, and it is being cited as example in the world, he said, asserting that the country's recovery rate is over 96 per cent and fatality rate among the lowest.