While few people welcomed Nehha Pendse right away, the actress indicated that a chunk of others did not. 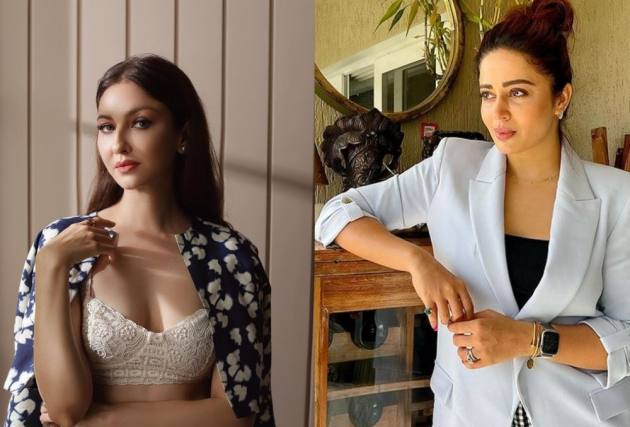 Nehha Pendse, an actress and producer, has captivated audiences with her performances. Pendse is now starring in the hit programme ‘Bhabi Ji Ghar Par Hai’ as Anita Bhabhi. Pendse, who took over as Anita Vibhuti Narayan Mishra from television actress Saumya Tandon earlier this year, agreed that not everyone embraced her as Tandon's replacement at first.

According to a report by News18, in an interview, Pendse recalls that it all started with a lack of acceptance, which she expected. She said that few people accepted her right away while there were a few who did not. She further said that, “But television is a matter of habit. If you are used to seeing an artist playing a particular character for good five years, it’s difficult to replace that mindset immediately. But now that I’ve been consistently in the show for almost 10 months, there is a shift. Definitely, there is an acceptance, and that’s how television operates.”

When asked if there is a bias against television performers getting roles in movies, the actress admitted that there is to some extent, but that she has never been on the receiving end of it. “Yes, there is a bias and at times I feel it is valid because most of the television actors are very unaware of acting methods, and the reason why they are into television is very different. And when it comes to films, filmmakers who are great in their craft look for artists who are great in their field as well. However, there are a handful of television actors who are good at their craft and get picked up for films," the actress said.

For her Marathi film 'June,' Pendse recently won the Best Actress Award at the Pune International Film Festival (PIFF). When asked about the award she received for her performance, she stated, “Rather than being excited, I am feeling very grounded because I feel this is the recognition that I have been wanting for the longest time. I wanted my recognition as an actor beyond my beauty and when you achieve that purpose, with the recognition of an award, you feel that all the hard work is worth it. There is more to me than my beautiful face and somewhere that was not explored. That’s exactly what made me say yes to June."