Bharti refused to make a direct comment on Bhagwat's remarks. 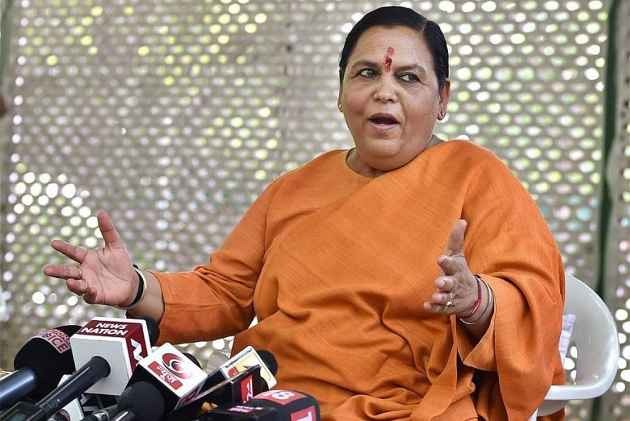 Her claim comes amid the controversy over RSS chief Mohan Bhagwat's reported remarks on the Army.

While speaking to reporters here, Bharti refused to make a direct comment on Bhagwat's remarks.

However, she said soon after independence, Maharaja Hari Singh, the ruler of the princely state of Kashmir, was not signing the accession treaty of Jammu and Kashmir and Sheikh Abdullah was pressing him to sign.

"Nehru was in a dilemma. Then Pakistan suddenly attacked and its soldiers advanced upto Udhampur," she said.

The Army did not have "hi-tech equipment" to reach there immediately as the attack was unexpected, the Union minister said.

"The Army is being stoned, abused, FIRs are being lodged against it. At the JNU (Jawaharlal Nehru University) allegations were made that the Army was raping women...This is freedom of expression, but saying that the RSS volunteers can lay their lives for the country became an insult to the Army," she claimed.

She was apparently referring to an event in JNU, where anti-India slogans were allegedly raised. The event was held to commemorate the hanging of Parliament attack convict Afzal Guru.

The opposition parties had yesterday charged Bhagwat with "insulting" the armed forces and the country by claiming that in the eventuality of a battle to be fought, the RSS could mobilise itself in three days while the Indian Army would take six to seven months to do so.

The RSS had said Bhagwat had not compared the Indian Army with Sangh volunteers and his remarks on the matter were "misrepresented".