Nepal PM Dahal To Handover Power To Deuba Next Week

Nepal Prime Minister Pushpa Kamal Dahal will resign next week for Nepali Congress chief Sher Bahadur Deuba to take over as per an understanding the two had reached 10 months ago. 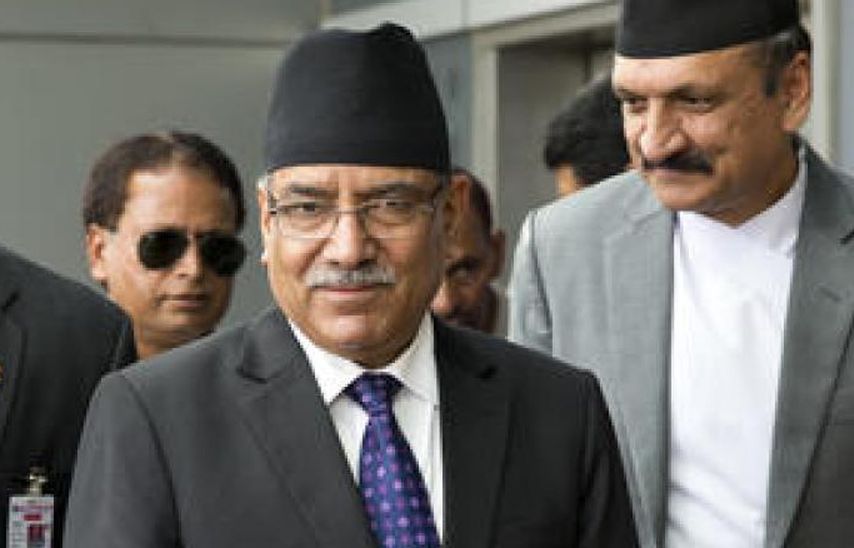 Nepal Prime Minister Pushpa Kamal Dahal will resign next week by addressing a Parliament meeting for Nepali Congress chief Sher Bahadur Deuba to take over as per an understanding the two had reached 10 months ago.

During a meeting with Rastriya Janata Party Nepal (RJPN) leaders at his official residence on Monday morning,  Dahal told them that he was stepping down as per the understanding reached after the two removed former Prime Minister KP Oli from power in August last year.

According a deal between Prachanda’s Communist Party of Nepal (Maoist-Centre) and Deuba’s Nepali Congress, the former will head the government for nine months and will be succeeded by Deuba till the next general elections.

Oli, 65, had resigned minutes before Parliament was to vote on a no confidence motion he was likely to lose. He was in the power for only nine months. He was forced to resign after allies of his multi-party coalition deserted the government accusing him of not honouring power sharing deals that helped install him as prime minister in October.

A senior RJP leader told The Indian Express that Dahal would do his best to fulfil the Madhesi demands through the constitutional amendment before he steps down.

“In any case, our coalition will do whatever we have promised,” Dahal is reported to have said. Deuba’s government will be the 10th since the 2006 ouster of the monarchy.

Dahal, according to Nepali media reports, has clarified the leaders of RJPN that the current coalition would continue even if he hands over the government leadership to Deuba.