Nepal Ramps Up Evacuation Operation, Brings 470 Nationals Back from Afghanistan

It said that on Thursday a total of 275 Nepalese citizens were evacuated from Afghanistan, bringing the total number of such people to 470. 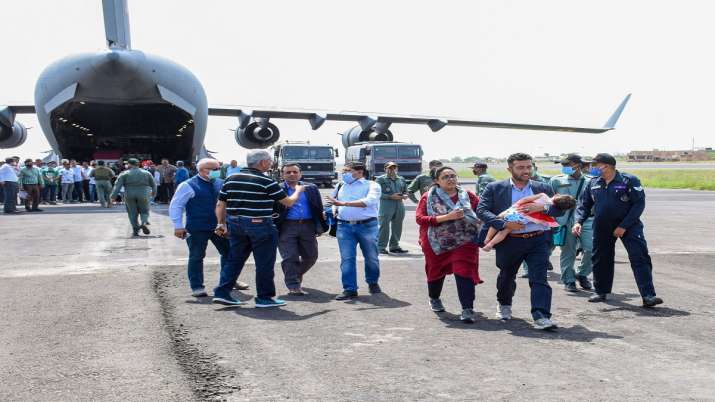 The foreign ministry of the Nepal Government on Friday confirmed evacuation of an additional 275 of its nationals from Afghanistan which took the total number of evacuees from the crisis-hit nation to 470.

Nepal, like several other nations, has also been making efforts to bring back its citizens stuck in Afghanistan following the fall of Kabul to Taliban earlier this week.

“The process to evacuate the Nepalese nationals staying in Afghanistan in connection with employment at various organisations has been continued,” said the Ministry of Foreign Affairs in a statement.

It said that on Thursday a total of 275 Nepalese citizens were evacuated from Afghanistan, bringing the total number of such people to 470.

Afghanistan has been hit with a major crisis after the Taliban took over Kabul on Sunday.

Thousands of Afghans are fleeing the country to escape the new Taliban regime and seek asylum in different nations, including the US and many European nations, in quest of a better living environment.

Nepal government has also arranged anti-COVID tests and quarantine of the Afghan returnees in a holding centre in Kathmandu.

Additional 310 Nepalese nationals staying in Afghanistan have registered on the website of the Foreign Ministry showing their interest to return back home, the ministry said.

Nepal government has been coordinating with various friendly countries as well as the Nepal Embassy in New Delhi to carry out the repatriation of the Nepalese nationals staying in Afghanistan as the country does not have its own diplomatic mission in Kabul, the ministry said.