Written by author Shantanu Gupta, "The Monk Who Transformed Uttar Pradesh: How Yogi Aditynath Changed UP Waala Bhaiya' abuse to a Badge of Honour", is published by Garuda Prakashan. 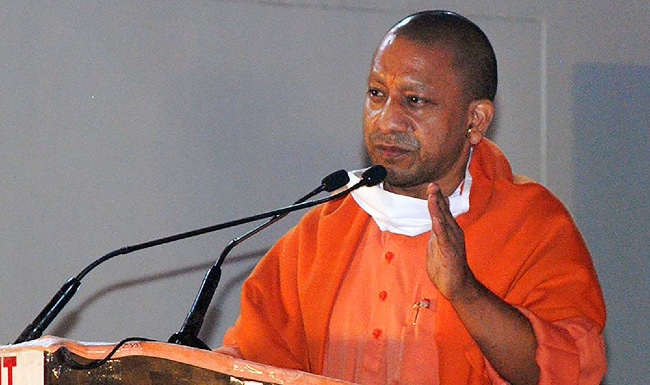 The author has previously written "The Monk Who Became Chief Minister: The definitive biography of Yogi Adityanath" telling the BJP leader's journey of becoming a politician.

"My last book of Yogi Adityanath was largely about his life journey from being born in the hills of Uttarakhand to becoming a Nath Panthi saint, to becoming a parliamentarian and then taking oath as the CM of Uttar Pradesh. This book will take-off from there and dive into his chief ministerial tenure," writes Gupta in the book.

"In this book, I will go thematic area by area, department by department and bring to the readers an extraordinary story of transformation that my home state, UP, has gone through under the chief ministership of Yogi Adityanath," he explained.

Gupta's previously authored books include "BHARATIYA JANATA PARTY: Past, Present and Future: Story of the World’s Largest Political Party" (2019) and "The Monk Who Became Chief Minister" (2017).

The Priest-turned politician was sworn in as the 21st chief minister of UP-- and the fourth from the BJP -- in 2017, ending a 15-year hiatus. With a population over 22 crore, Uttar Pradesh will go to the polls early next year.

The book showcases Yogi Adityanath's merit-based education system versus Akhilesh Yadav’s "cheating-based system", his 'One- District-One-Medical-College' mission to his Covid management, the cultural renaissance of UP under his government, and finally how the duo of Modi-Yogi brought welfare for the poor in UP.

The book's foreword is written by IT industry veteran and Padma Shri recipient TV Mohandas Pai. "Yogi Adityanath, CM of Uttar Pradesh, India's largest and most complex state has transformed in the last 4.5 years .. Shantanu in this book clearly demonstrates the scale and magnitude of this transformation. But UP still has miles to go. If India needs to prosper and grow, UP has to lead," writes Pai, former director of IT services major Infosys.

According to the publishers, with arguments backed by "hard facts", the book chronicles how Yogi changed the perception of Uttar Pradesh as an "un-developed, uneducated, corrupt, lawless and 'bimaru' state to a transformed and progressive Uttar Pradesh".

"Uttar Pradesh was disparaged as 'bimaru' and known for governance based on identity politics rather than all-around development, Sabka Vikas. Shantanu Gupta's book is an important contribution to how an effective leader, rooted in India's ancient ethos while looking for apt solutions for contemporary times, can bring real change," said Sankrant Sanu, founder and CEO of Garuda Prakashan.

The book is presently available for sale on offline and online stores.