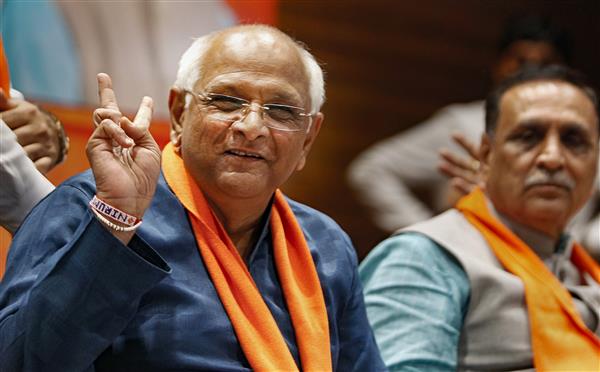 Later Paatil added taht the revamped cabinet will be formed following  consultation with the senior leaders in a couple of days.

No discussion was held in the legislature party meeting about the deputy chief minister's post, he said.

Patel, who was also present there, told reporters that he was grateful to Prime Minister Narendra Modi, BJP chief J P Nadda, and Union minister Amit Shah for the trust they reposed in him.

He said he was also grateful to the trust reposed in him by the Gujarat leadership, including outgoing CM Vijay Rupani and Deputy CM Nitin Patel, C R Paatil and other leaders.

He said the blessing of former CM Anandiben Patel were with him all the time.

"The government has worked well so that development reaches the last person. We will plan anew and discuss with the organisation to take forward the development works," he said.