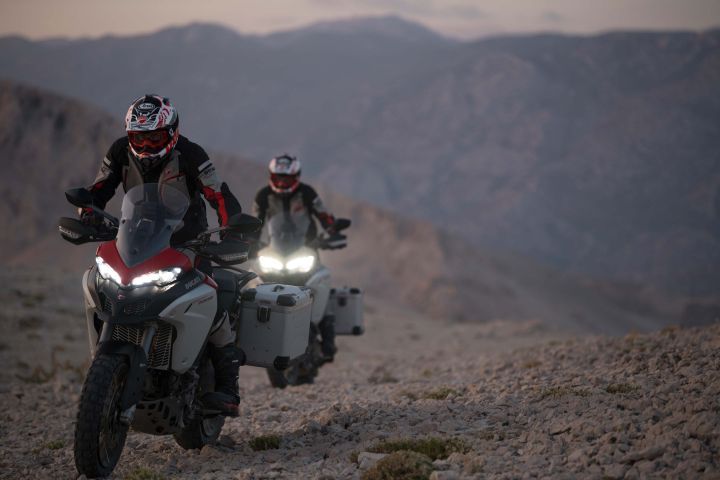 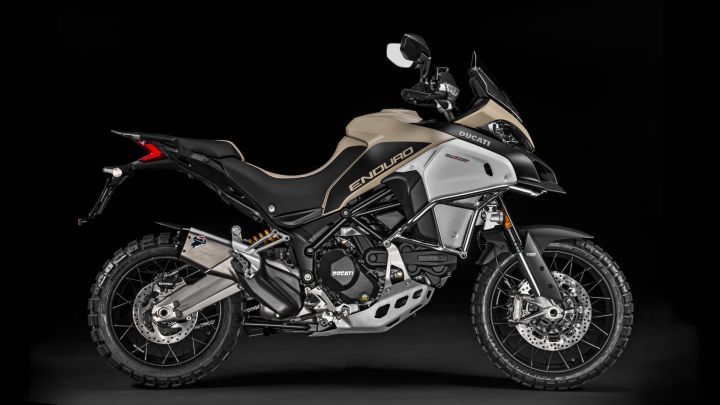 It’s been developed for more low to mid-range response and produces 158PS of power at 9500rpm and 128Nm of torque at 7500rpm. Ducati says 85 per cent of the peak torque is available from as low as 3500rpm. The new motor also makes 17 per cent more torque at 5500rpm when compared to the 1200 Enduro’s 1198cc engine. Meanwhile, the introduction of DVT (Desmodromic Variable Timing) allows for usable power throughout the rev range and even the ride-by-wire throttle has been tuned for a more linear power delivery. 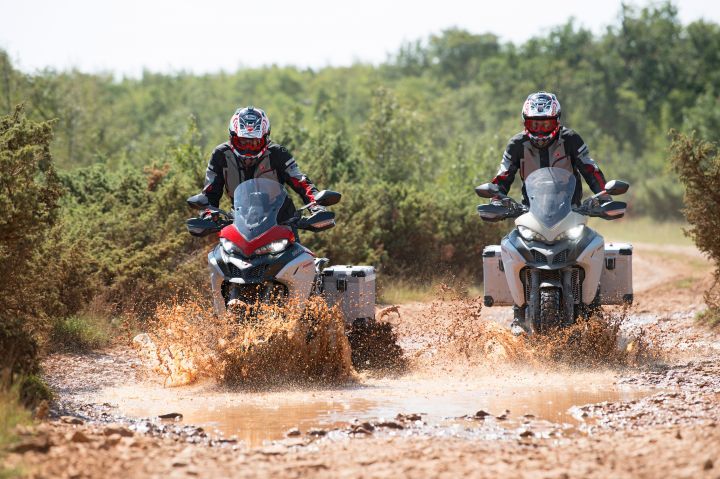 It also gets a host of electronic and chassis updates that should make the full-size overlander even more capable off the road. You also get a lighter sump guard that is rigidly bolted to the frame. The Multistrada Enduro has always looked more menacing than its siblings thanks to the lofty stance afforded by the tall suspension, spoke wheels and knobby tyres. The new 1260 Enduro looks even more purposeful in the new sand-coloured paint option and new livery. This particular paint scheme gets matching two-tone seats as well. Ducati also offers red as a colour option. 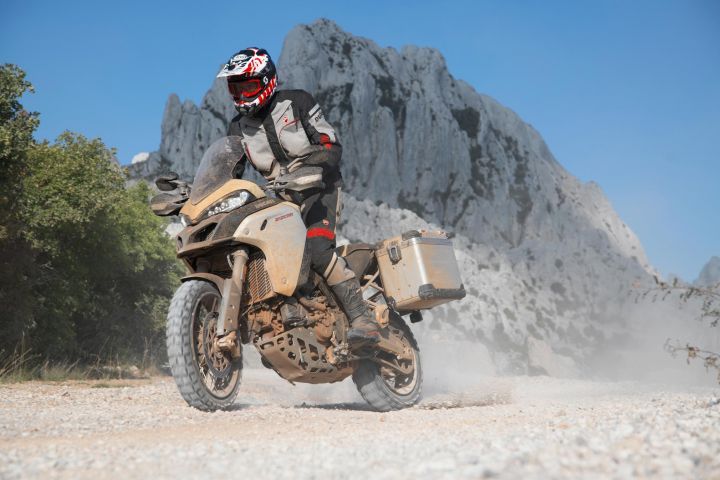 The 1260 Enduro also gets a new ‘Human Machine Interface’ that makes the menu on the 5-inch TFT screen more user-friendly and gives the rider more access over the bike’s various electronic rider aids. For example, the rider can chose over 400 parameter in the suspension setting menu. This is made possible thanks to the interface taking data from the suspension and the 6-axis inertial measurement unit (IMU). Ducati also states that the 5-inch screen is compatible with the Ducati Link app, which lets you connect your smartphone to the bike to record information such as speed, lean angle, power delivery and acceleration figures.

So will Ducati launch the new Multistrada 1260 Enduro in India? Of course it will! Ducati offers its entire international portfolio in India and the Multistrada 1260 range won’t be an exception. When launched here, the 1260 Enduro will replace the 1200 Enduro that currently retails for Rs 17.99 lakh (ex-showroom India). Given the larger motor and new electronics, expect a slight hike in price. We expect the bike to reach our shores by early 2019.