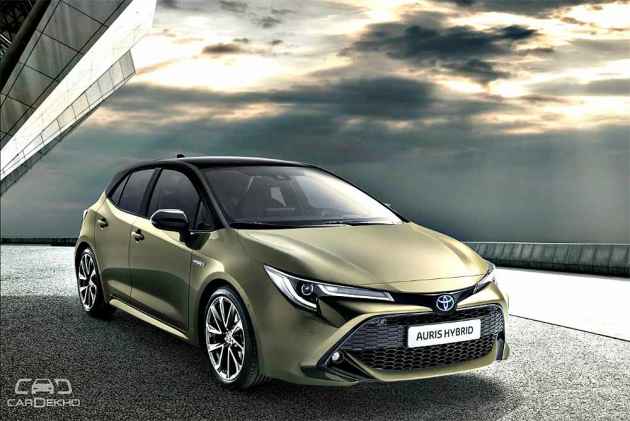 Toyota has revealed the next generation Auris at the ongoing Geneva Motor Show 2018. Why is it important to us? Because it previews the upcoming Toyota Corolla in a lot of ways. The upcoming new generation Corolla – based on the new-gen Auris – is likely to be revealed globally in late 2018 or early 2019, and is expected to be introduced in India in a couple of years.

The Auris has shifted to the Japanese automaker’s latest modular platform: Toyota New Global Architecture (TNGA), and the sedan will follow suit. Toyota promises that the new platform is more rigid and has a lower centre of gravity. These attributes promise to improve ride and handling of cars based on this new platform. More importantly, this platform is highly flexible and can spawn a variety of body styles and can be easily electrified as well. There’s a couple of SUVs too that are based on the TNGA and might come to India.

Does it mean that we’ll get an electric Corolla soon? 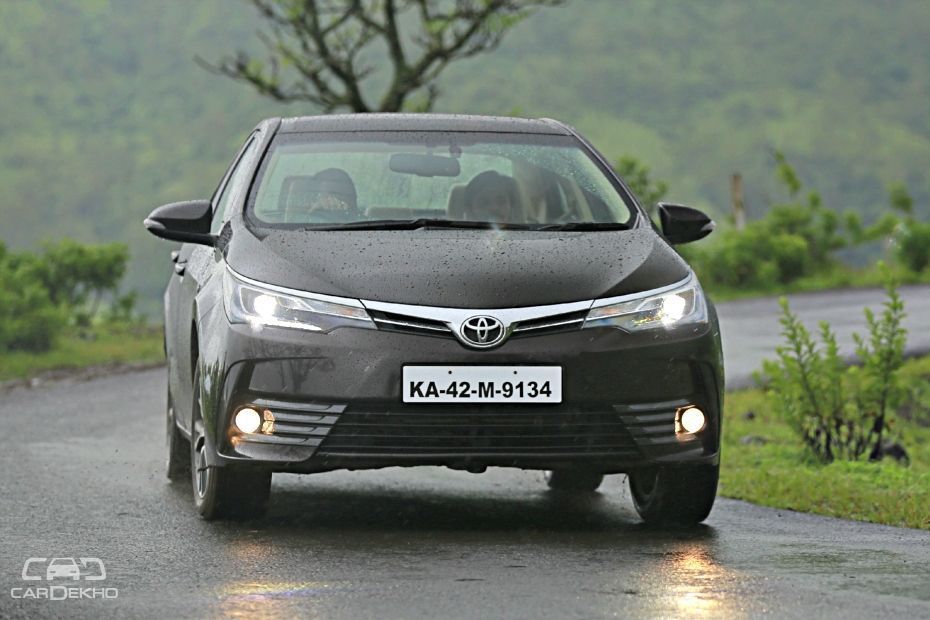 While there’s no official word on an all-electric Corolla, it is destined to get a hybrid powertrain for sure. There are also chances that the new-gen Corolla won’t get a diesel engine at all!

Instead of the diesel, Toyota could offer the Corolla’s new 2.0-litre hybrid powertrain, which it will presumably borrow from the Auris, in India. The new 2.0-litre Toyota Hybrid System (THS II) has been specially developed for TNGA-based models and packs a brand new 2.0-litre direct-injected petrol engine from Toyota’s latest Dynamic Force Engine family. Max power output of the hybrid powertrain is a healthy 180PS. The new Auris is also available with Toyota’s existing 122PS 1.8-litre hybrid system that also powers the Prius.

The Corolla hybrid would certainly make a good case for Toyota in India since the Government is likely to enforce CAFE (corporate average fuel efficiency) norms from 2022 onwards, which will require all automakers to have a minimum average fuel efficiency for their lineup. And the already fuel efficient hybrids are poised to definitely meet these norms. Moreover, Toyota already assembles the Camry Hybrid in the country and could easily do the same for the upcoming Corolla as well. 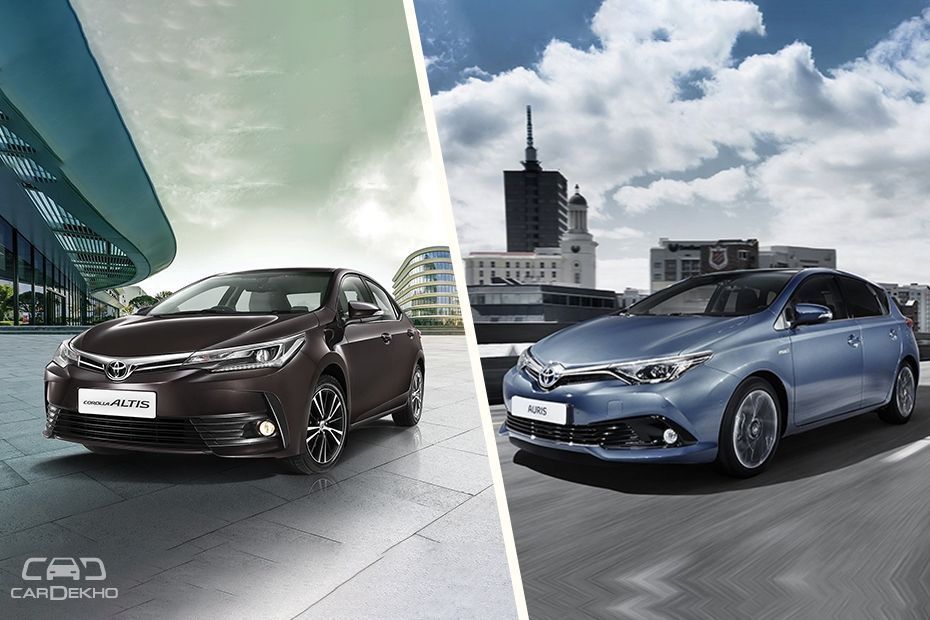 The outgoing Auris and the Corolla Altis that we get in India are not similar to each other when it comes to their design. In fact, they don’t even look like siblings at all and even the previous Auris’ wheelbase and width were different compared to the Corolla’s. It is likely to be the same with the upcoming sedan as well. However, family design similarity will be there. The new Auris features Toyota’s latest avatar of Under Priority Catamaran and Keen Look design philosophy. The massive trapezoidal lower grille holds the maximum real estate at the front and it is likely to be the same case with the upcoming Corolla as well.

Toyota has not revealed the Auris’ cabin, which is likely to be shared with the new Corolla as before. However, one of the press shots has revealed that these cars will have a free-floating display. That said, the touchscreen unit of the Corolla/Auris is unlikely to offer Android Auto connectivity, while CarPlay might be on offer as Toyota’s latest Entune 3.0 infotainment will reportedly offer the same by 2019. For now, none of Toyota’s models feature Android Auto or CarPlay, not even Lexus. 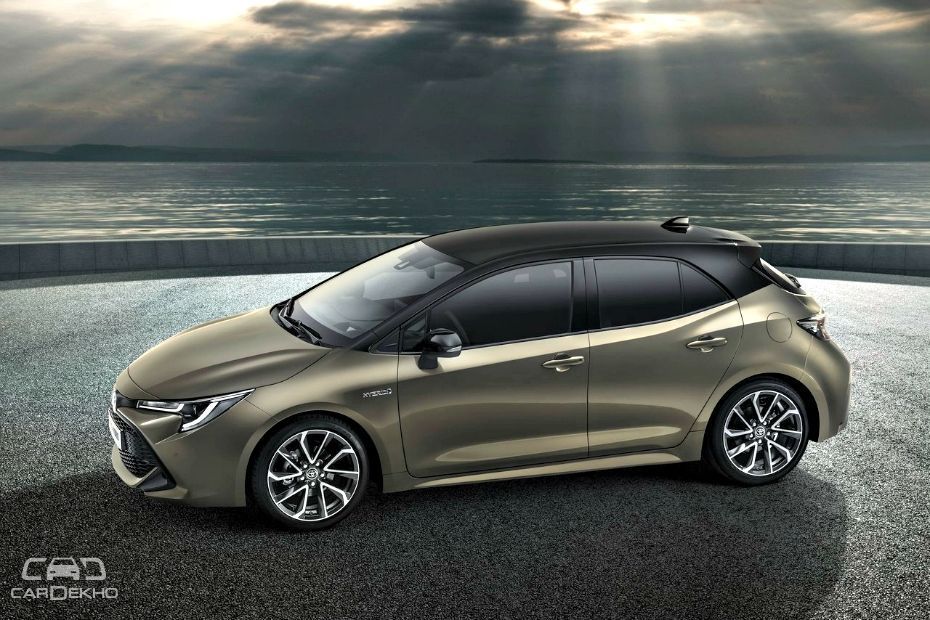 The Europe-spec Auris continues to offer independent rear suspension (multi-link setup) like before, while the current Corolla features a relatively subpar torsion beam setup at the rear. It is high time that Toyota shifts the Corolla to an independent rear setup, which not only improves ride quality but handling as well. The Skoda Octavia and the upcoming Honda Civic, for instance, offer the same. In fact, the Civic offers it as standard.

If launched, the Corolla Altis Hybrid is expected to be the range-topping offering. The current Corolla is priced between Rs 15.70 - 19.64 lakh (ex-showroom, New Delhi), while its arch rival, the Skoda Octavia, has a price range of Rs 16.02 - 26.25 lakh (ex-showroom, pan India). So, Toyota has enough window to position the Corolla at somewhere between Rs 20 - 25 lakh. Moreover, the next Toyota sedan, the Camry Hybrid, is priced (Rs 37.22 lakh ex-Delhi) at a premium of around Rs 17 lakh compared to the current Corolla. Also, with the implementation of BSVI emission norms, prices of diesel cars are expected to increase substantially compared to their petrol counterparts. In this case, the hybrids could easily replace diesels as they offer better refinement levels and diesel-like efficiency.