India have won just 10 out of the 34 ODIs in New Zealand. And this time around, stakes will be much higher considering the World Cup is only months away. 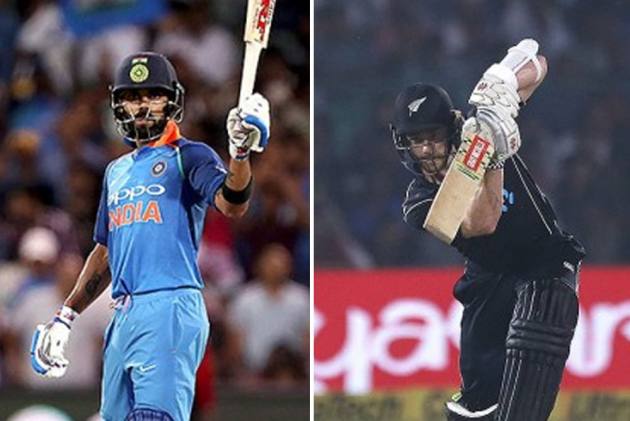 The upcoming five-match ODI series between New Zealand and India has all the hallmarks of becoming a classic. And the former Kiwi coach Mike Hesson has labelled the series as the best possible dress rehearsal ahead of the 2019 ICC World Cup in England.

“We have two of the top three ODI sides competing in this ODI series. In terms of preparation for World Cup, you couldn’t ask for a better dress rehearsal,” Hesson told CricketNext.

Both the teams are high on confidence after their respective series wins in the latest engagements. The Virat Kohli-led India ranked second in the world, came from behind to beat Australia 2-1 to register their maiden bilateral ODI series win Down Under.

Indian Batting Is Not Just About Kohli: Taylor

Kiwis, on the hand, blanked the visiting Sri Lankan side 3-0. Kane Williamson & Co are ranked third in the ICC ODI Team Rankings. And a bilateral series involving two of the top three teams should be a good one.

“We have two of the top three ODI sides competing in this ODI series. In terms of preparation for World Cup, you couldn’t ask for a better dress rehearsal,” Hesson told CricketNext.

But for India, Black Caps at home have always presented a stiff challenge. India have won just 10 out of the 34 ODIs – including a 4-0 loss in the 2013-14 series. And this time around, stakes will be much higher considering the World Cup is only months away.

India's biggest challenge is expected to come from veteran Ross Taylor, who is second only to Kohli since the 2015 World Cup. The former Kiwi captain currently averages 69.72, but it's over 90 in the last 12 months.

“Ross Taylor is averaging in the 90s in the last 12 months, he is the New Zealand big gun in the middle-order. Apart from that the all-rounders (Jimmy) Neesham, (Colin) De Grandhomme, (Doug) Bracewell and (Mitchell) Santner will all be crucial. The four of them are vying for two spots in World Cup squad," he added.

Hesson also talked about the importance of pacers Trent Boult and Tim Southee, and the role likely to be played by the wrist spinners in the series.

"From the seam bowling point of view, who is going to back up Trent Boult is a big question. (Tim) Southee has been a good partner but he’s under a little bit of pressure, certainly needs to step up,” Hesson, who will be coaching IPL franchise Kings XI Punjab this season, added.

“Wrist spinners Ish Sodhi, Kuldeep Yadav and Yuzvendra Chahal, as well as Todd Astle, will definitely play a big role, more than the finger in Santner who can provide the all-rounder’s role for the Black Caps. I believe both Sodhi and Astle are in the running for World Cup slots with the kind of pitches what will be on offer in England that time of the year. India with Kuldeep and Chahal have got a very good variety. The ability of the New Zealand middle-order to play the wrist spin will probably dictate the course of this ODI series,” Hesson felt.

Impressed with the Dhoni show in the just concluded Australia-India ODI series, Hesson said the former Indian captain's "runs just shows the value of experience. Most players in the world would have panicked considering the situation Dhoni was in but he looked calmer than anybody else. It suggests that he has been in this situation many times before and knows how to pace a chase. Challenge for Dhoni is going to be when the side is batting first, how hard he needs to go. In terms of chasing a total, which is still the hardest thing in cricket, he is a genius."

The first of the five ODI matches will be played on Wednesday (January 23) at Napier. After the fifty-over series, both the teams will engage in a three-match T20I series.