After The Great Betrayal, Will Ajit Pawar Be Able To Regain His Position In NCP?

At the end of the day, it turned out to be a victory of Sharad Pawar who was patient enough to deal with the rapidly changing situations. 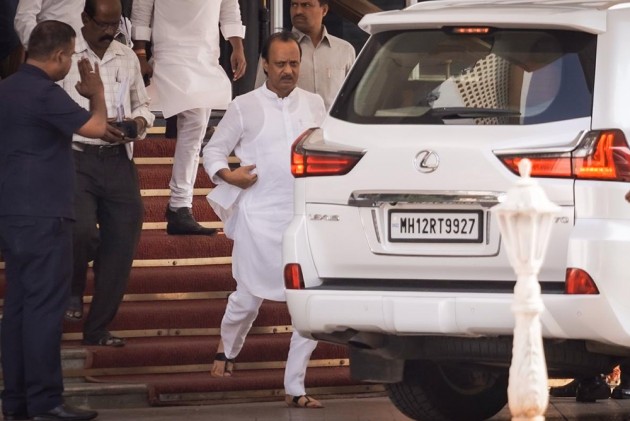 Less than four days after he was sworn in as the chief minister of Maharashtra for his second consecutive term, Devendra Fadnavis had to put in his papers with rebel NCP leader Ajit Pawar leaving him in the lurch by quitting from the post of the deputy chief minister on Tuesday.

Ajit took the step soon after the Supreme Court ordered a floor test in the assembly to be held on Wednesday, while hearing a joint petition by Shiv Sena, NCP and the Congress challenging Governor Bhagat Singh Koshyari’s decision to “illegally” install the Fadnavis government on Saturday morning.

The BJP had obviously pinned a lot of hopes on Ajit's maneouvring skills and expected a majority of NCP’s newly elected legislators to follow him, but that did not happen. As party patriarch Sharad Pawar used his vast political experience to completely isolate Ajit within the party and put pressure on him through his emissaries to resign from the government, Fadnavis found himself facing the prospect of fighting a losing battle ahead of the floor test for want of the requisite numbers of MLAs.

But why did the BJP in general and Fadnavis in particular rely so much on Ajit in the first place? Did they expect him to turn the tables on his uncle, Sharad Pawar, despite the fact that the 79-year-old patriarch still had a firm grip on the party he had founded? On the face of it, it seems likely that the BJP had overestimated Ajit’s hold on the party.

Ajit, for his part, was apparently hoping that a majority of NCP legislators would side with him or at least abstain from the crucial trust vote to help the Fernandes government scrape through but none of them seemed game for it either. Far from it, even the ten-odd NCP legislators who had attended his swearing-in ceremony later professed their unwavering loyalty to his uncle. Finally, on Monday evening, when almost all the newly elected NCP-Congress-Sena legislators turned up at a joint show of strength at a swanky Mumbai hotel, Ajit got the message loud and clear that he had to abort his mission midway through.

Interestingly, all this while, the NCP had not lost hope for Ajit’s gharwaapsi (homecoming). On Tuesday morning, senior NCP leaders Prafful Patel and Chagan Bhujbal held a closed-door meeting with Ajit, apparently at the behest of Sharad Pawar, to persuade him to resign as the deputy chief minister and return home. This was in continuation of the NCP’s consistent efforts over the past three days to bring Ajit back into the party fold. They all sounded confident that Ajit would be pragmatic enough to fall in line before the crucial trust vote.

Ajit, a seven-time legislator, initially kept cards close to his chest, holding the key to the fate of the Fdanavis government, but he gave it all up after the apex court ordered the floor test under the supervision of a pro tem speaker. He then rushed to Fadnavis’s residence to hand over his resignation, triggering collapse of the BJP-led government a few hours later.

At the end of the day, it turned out to be a victory of Sharad Pawar who was patient enough to deal with the rapidly changing situations. He was apparently aware of the fact all along that Ajit had the potential to play a spoilsport during the trust vote. He, therefore, kept on sending his emissaries to him one after another. Even though Ajit had betrayed the party in a big way, he refrained from expelling his nephew from the party, a strategy which eventually paid off.

But where does it leave Ajit? After his great betrayal, will he be able to regain his position in NCP? Will Sharad be so forgiving as to accommodate his mercurial nephew as the deputy chief minister in the new government or will he remain sidelined in future to let Sharad’s daughter and his cousin Supriya Sule take control of the party? All these questions will decide the fate of the man who led a rebellion that never was!