Until the Bandra incident, the Shiv Sena government had been credited with having done commendable work to check the spread of pandemic in the state, but the latest turn of events appears to have come as a big setback. 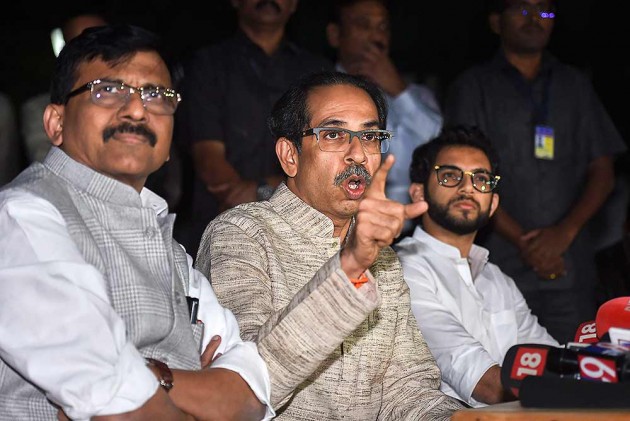 The issue of migrants has returned to haunt Shiv Sena, long after it had sought to expel them all from Maharashtra.

While in opposition, the party had run a long-standing campaign, calling for eviction of North Indians, especially the daily wage workers from Uttar Pradesh and Bihar, from Mumbai and other cities of the state. Back then, it suited its politics to the hilt to blame the outsiders for all the problems besetting the state, including shrinking job opportunities for the locals. Alongside Raj Thackeray’s Maharashtra Navnirman Sena cadres, Shiv Sainiks were often accused of assaulting migrants, including examinees, who used to come to appear in railway recruitment test and other competitive examinations.

Sena has since come into the power, which has given it a great opportunity to shed its anti-migrant image, once and for all. With Uddhav Thackeray heading the state government and his forward-looking son Aaditya Thackeray emerging as its new face, the party is believed to have changed its outlook towards the migrants in recent times. But a piquant situation, arising out of the lockdown enforced by the Centre to contain the spread of coronavirus, appears to have put it in a spot. Hundreds of daily wage workers from other states, rendered homeless under the present circumstances, desperately want to return to their respective home states but are unable to do so.

Also Read | Blame It On COVID-19: No Work, Empty Stomach And The Mind Of A Daily Wage Earner

On Tuesday, hundreds of them violated the lockdown rules and converged near Bandra station in suburban Mumbai, apparently under an impression that the railways were running special trains to take them home. They are understood to have assembled there allegedly because of a fake message which was circulated on WhatsApp. The Mumbai police finally had to resort to lathi-charge to bring the situation under control.

The use of force against the hapless migrants has earned the Sena government a lot of brickbats. Until then, the Thackeray government had been credited with having done commendable work to check the spread of pandemic in the state, but the latest turn of events appears to have come as a big setback. The government is now being accused of not only being insensitive towards the poor migrants, but also of having failed in pre-empting the ugly situation at Bandra. Its detractors are wondering how such a large number of people were allowed to assemble when lockdown was enforced in the high-security city.

More than the Chief Minister himself, it is his son Aaditya Thackeray -- a cabinet minister in his government -- who is being trolled for his alleged flip-flop on the migrant issue. After the Bandra incident, Aaditya had blamed the Centre for the protests by the migrant workers, while demanding a road map to facilitate their return to their respective native places. “The current situation in Bandra, now dispersed, or even rioting in Surat is a result of the Union government not being able to take a call on arranging a way back home migrant labour,” he tweeted. “They don’t want food or shelter, they want to go back home.”

His remarks soon led an army of trolls to dig out one of his previous tweets, which he had posted on March 29. “CM Uddhav Thackeray has constantly appealed to migrant labour & the homeless not to migrate in this crisis, and told DCs to support them. Today, 262 Relief Centres have been set up and already house 70, 399 people. Will expand as days follow. Target: stop migration, save lives,” he had said in a Tweet.

Also Read: Migrant Workers Protest In Surat Amid Lockdown; Demand To Be Sent Back Home

The internet was in no time flooded with several memes and comments against him, with trolls posting both his tweets to mock him for displaying what they called “political immaturity”.

The Sena government has since tried to salvage the situation, with Mumbai police lodging FIRs against at least 1, 000 migrant workers for flouting the lockdown rules and also detaining a “labour leader”, Vinay Dubey, for allegedly starting a rumour about migrants’ return.

Political observers, however, feel it will hardly help the Sena’s cause and may well have undone a lot of its good work undertaken during the lockdown. They think that the party needs to reassure the six lakh migrant workers, who have been left to fend for themselves after being forced to sit at home, that the state government will spare no effort to take care of them during lockdown.

It is, doubtless, an opportunity for Sena in general and Aaditya in particular to win over the community, which has been contributing significantly towards the all-round growth of Maharashtra. By looking after their needs and mitigating their insecurities in this crisis period, the party will drive home a message that it cares for the migrants as well as the rest of people living in the state.