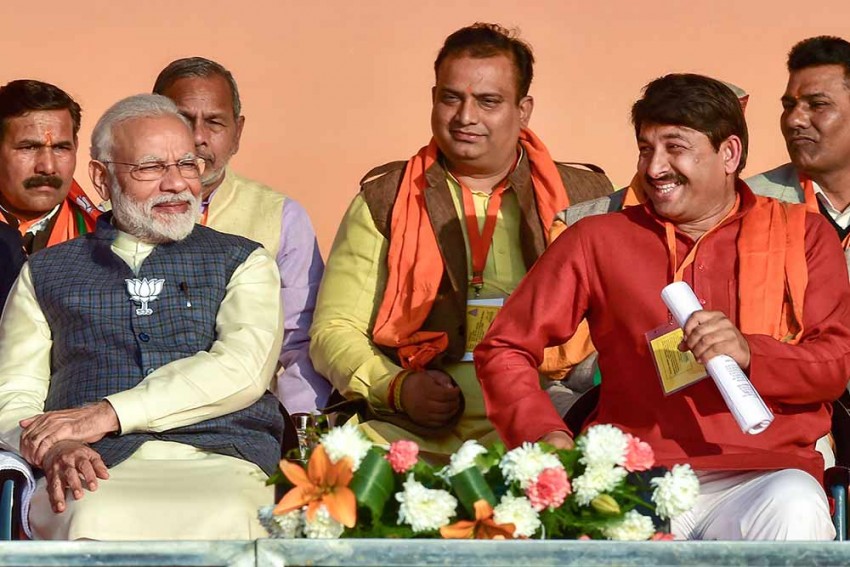 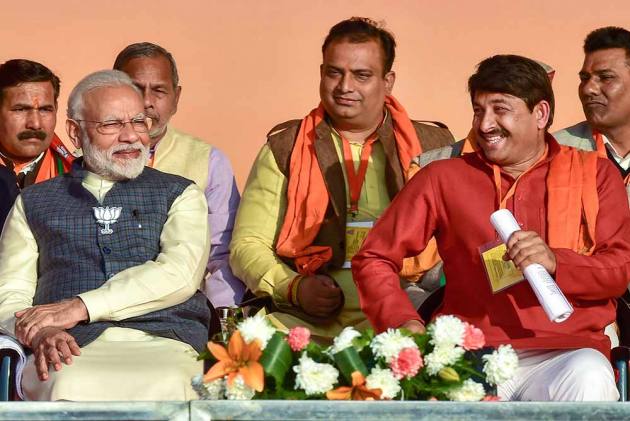 Now that the verdict for the Delhi assembly polls has unambiguously endorsed an encore for Arvind Kejriwal’s Aam Aadmi Party (AAP), it may be tempting to conclude that BJP’s enduring hatred for ‘biryani-loving-gaddars’ has diminishing electoral returns.

That Delhi witnessed a polarizing election campaign by the BJP but Delhiites rejected it to embrace AAP once again by voting overwhelmingly on livelihood issues relied upon by Kejriwal is evident in the results. However, there seems to be another aspect of the results that BJP’s critics – its political rivals in particular – cannot afford to miss.

The final results are yet to be officially declared by the Election Commission. The BJP’s vote share presently stands at an average of 38.50 per cent for the 70 assembly segments of Delhi. This is certainly a substantial erosion of the saffron party’s votes compared to the over 50 per cent share it had polled across the national capital’s seven Lok Sabha seats in May last when the AAP’s performance had taken a severe beating with the party finishing third – behind the BJP and even the now absent Congress – on five of the seven Lok Sabha seats. However, the current vote share is also a six per cent improvement over the 32 per cent mark that the BJP had secured in the 2015 assembly election.

The bigger cause of concern for the Opposition must, however, come from a more minute analysis of the constituency-wise vote share that the BJP has secured.

Delhi, as is repeatedly pointed out by political observers, has a huge chunk of Purvanchali voters (migrants from eastern UP and Bihar) who are spread across the national capital but have concentrated pockets in some parts of the city-state. Over the years, the Purvanchali vote has been aggressively courted by every political party in Delhi. The Congress, during the glory days of Sheila Dikshit’s chief ministership, began Chhath celebrations along the polluted Yamuna riverbed essentially to appease this vote bloc and the AAP continued the practice with gusto. The BJP did its bit to woo the Purvanchalis with ‘rinkiya ke papa’ state chief Manoj Tiwari. Besides the Purvanchalis, Delhi also has an electorally significant concentration of migrants from hill states, particularly Uttarakhand, in assembly segments like Patparganj, Karawal Nagar, Laxmi Nagar and Vishwas Nagar.

While Delhi’s population as a whole comprises largely of migrants from all over the country, why is it important to underscore the importance of the Purvanchali or Pahadi vote in deciphering the political and electoral implications of the present voting pattern vis-à-vis the BJP, or its rivals?

A cursory glance of the voting pattern in constituencies with significant population of Purvanchali and Pahadi migrants shows that the BJP, even in its defeat, has managed to substantially improve its vote share. Take the Patparganj constituency, for example, where the saffron party’s candidate Ravinder Singh Negi – an Uttarakhand migrant – gave Manish Sisodia, Kejriwal’s most prominent lieutenant, a real scare. Sisodia, face of the AAP government’s landmark achievements in the education sector, barely managed to win from Patparganj with a margin of just 3200 votes after trailing Negi for a better part of the counting of votes. Patparganj has a heavy concentration of not just Pahadi migrants but also Purvanchali voters. Sisodia’s vote share was 49.33 per cent; only a marginal improvement over Negi’s 47.07 per cent.

The Karawal Nagar constituency that elected BJP’s Mohan Singh Bisht with an over 50 per cent vote share against AAP’s Durgesh Pathak who polled 46 per cent of the total votes has a similar demographic composition as Patparganj.

In fact, of the eight assembly seats that BJP had either won or was leading in by Tuesday evening, six – Gandhi Nagar, Ghonda, Karawal Nagar, Laxmi Nagar, Rohtas Nagar and Vishwas Nagar – fall in the trans-Yamuna region of Delhi (east and northeast Delhi Lok Sabha seats). All of these have a significant population of Purvanchali and Pahadi vote blocs along with those from lower middle classes.

In other assembly seats where the Purvanchali vote bank is present in substantial numbers and in segments with concentration of traditional BJP vote base of Bania, Gujjar or even the upper middle class voters, the saffron party managed to poll over 40 per cent of the votes. Although the substantial vote share did not convert into victories, the fact that the BJP improved its performance or held on to its voters is not to be undermined considering that the party did not seem to be anywhere in the race just two months ago.

Something in the BJP’s campaign – spearheaded by Amit Shah – clearly revived and consolidated the party’s position among the electorate that sympathises with the saffron tirade. If the BJP sees this consolidation as an endorsement of its vitriolic attacks against protestors at Shaheen Bagh or a validation of its legislative agenda that has fomented divisions across the country with the Citizenship Amendment Act, the rhetoric Shah and his colleagues pedaled during the Delhi polls is only going to get shriller in the days to come.

The Congress party in the country’s few remaining bipolar states, or other Opposition outfits like Mamata Banerjee’s Trinamool Congress in Bengal or Mayawati’s BSP and Akhilesh Yadav’s SP in Uttar Pradesh, could learn from Kejriwal on how not to get drawn into a direct verbal duel with Narendra Modi and Amit Shah on polarizing issues. Of course, it is not to be missed that in Delhi the BJP was up against a formidable AAP that had much to show in terms of its achievements of the past five years and strengthened by a persistent public outreach program. The BJP tried in vain to draw Kejriwal and AAP into a slanging match on its polarizing Shaheen Bagh vitriol. The Opposition may still have a chance at revival if it learns from the Delhi assembly polls but hoping that the BJP will mellow down its Hindutva pitch because of the present electoral setback could prove fatal for such hopes.

Also Read | Geography His Biggest Enemy, Kejriwal Unlikely To Be Alternative To Modi