Does PM Modi's Praise For BJD In Rajya Sabha Hint At Possible Alliance?

BJP and BJD have been steadily warming up to each other since the general elections in April-May this year. 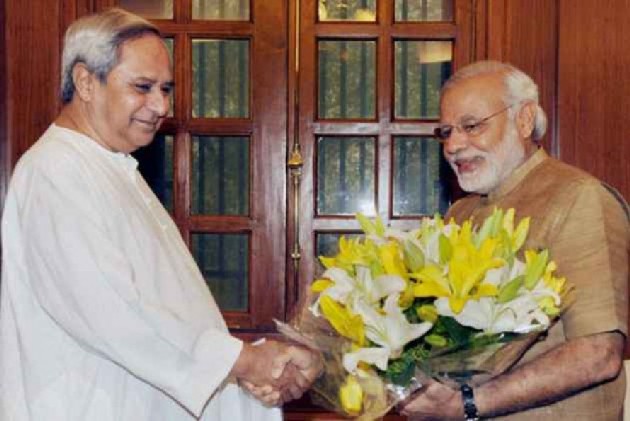 In any other circumstance, it would have been a cause for celebration. But Prime Minister Narendra Modi’s praise for the disciplined, orderly conduct of the BJD in the Rajya Sabha on Monday has left Odisha’s ruling party rather red-faced. The reason: it is being seen as yet another instance of the growing bonhomie between the BJD and BJP.

The two estranged partners have been steadily warming up to each other since the general elections in April-May this year. In the period since then, there have been numerous instances of the growing proximity between the two parties that fought a bitter election just months ago. Nothing illustrates this point better than the Rajya Sabha elections in June where the BJD, for reasons that are yet to be fully explained, decided to support Aashwini Vaishnaw, a former private secretary to Prime Minister Atal Bihari Vajpayee who was fielded as the BJP candidate, even though it had the numbers to win the seat hands down. Naveen sought to attribute it to a request over the phone from Modi and Saha but it fooled no one. After all, an opposition party (and that is what the BJD is, technically) is under no obligation to heed a request from a rival party, even if it comes from no less than the Prime Minister himself.

There have been other tell-tale signs that in his fifth term in office, Naveen Patnaik has taken several leaves out of the Modi book of governance: the obsession with abbreviations, for one. Naveen’s new fad of 5T – technology, teamwork, transparency, transformation and time limit – and his going after corrupt, inefficient officers are largely inspired by what Modi is doing at the Centre. Similarly, like Modi, he too has started playing the headmaster to his legislators, asking them to lead an austere life and take proceedings of the Parliament/Assembly seriously.

After fighting bitter elections during which both sides went after each other with a vengeance, both the BJP and the BJD appear to have realised the futility of hostility and seen the ‘merits’ of proximity. On its part, the results have convinced the BJP that it will have to keep its ambition of ruling Odisha on hold till Naveen is around. [The BJD won an incredible 112 seats in the 147-member Assembly.] So it sees merit in having Naveen Patnaik on his side because it keeps a major regional party out of the Opposition camp. The BJD, in contrast, appears to have been alarmed by the results, which showed the growing footprints of the BJP in the state (the party won around 38% of the votes and walked away with eight out of the 21 Lok Sabha seats in the state). With past experience of dealing with the BJP, Naveen has apparently decided that it would be easier to contain the spread of the party if he work out some kind of an alliance with it, formal or otherwise, rather than being at loggerheads. With the Congress in a shambles, such an arrangement has the additional advantage of virtually squeezing out the opposition space and facilitating the continued unchallenged rule of the BJD in the state.

The possibilities of the BJP and the BJD formally reviving their old alliance in the near future cannot be ruled out. The present arrangement, while beneficial for both sides, is rather embarrassing for the BJD because it finds itself in a strange situation where it is neither an Opposition party nor an ally of the ruling NDA. In any case, the Opposition has long given up on BJD as a prospective ally after being repeatedly rebuffed by Naveen.

PM Modi’ wholesome praise for BJD suggests that such an alliance may not be too far off.