Economic Survey cites several examples of how government interventions have created more distortions in the market rather than working for the benefit of common man or businesses. 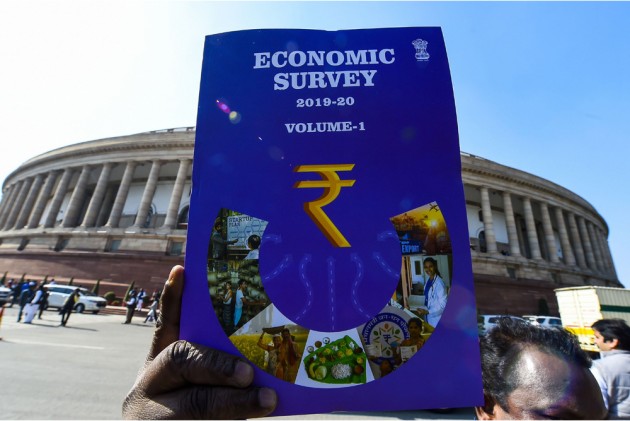 Government intervention, though well intended, often ends up undermining the ability of the markets to support wealth creation and leads to outcomes opposite to those intended, states the Economic Survey 2019-20.

Tabled in the Parliament on Friday by Union Finance Minister Nirmala Sitharaman, the Economic Survey cites several examples of how government interventions have created more distortions in the market rather than working for the benefit of common man or businesses. It stresses that though India has made significant progress in enhancing economic freedom for firms and its citizens, it still counts among the shackled economies in the world.

“In the global indices of economic freedom, India ranks in the bottom half,” states the report, which annually chalks the roadmap for future economic growth while reviewing outcomes of past policies.

The Survey report, prepared by Chief Economic Advisor K. V Subramanian and his team, highlights that sectors that were liberalised grew significantly faster than those that remain closed. The events in the financial sector during 2011-13 and the consequences that followed from the same illustrate the second pillar - the need for the hand of trust to support the invisible hand.

“The ease of doing business has increased substantially in the last five years from reforms that provided greater economic freedom. India made a substantial leap forward in The World Bank’s Doing Business rankings from 142 in 2014 to 63 in 2019. The Doing Business 2020 report has recognized India as one of the ten economies that have improved the most,” the report says.

“Yet the pace of reforms in enabling ease of doing business need to be enhanced so that India can be ranked within the top 50 economies on this metric,” the Survey states pointing to the fact in crucial yardsticks such as Ease of Starting Business, Registering Property, Paying Taxes, and Enforcing Contracts, India continues to lag behind countries seeking higher growth and investments.

“However, such intervention does enable opportunities for rent-seeking and harassment. For instance, imposition of stock limits on dal in 2006-Q3, sugar in 2009- Q1 and onions in September 2019 spiked up the volatility of the wholesale and retail prices instead of smoothening them – in contrast to its objective of easing pressure on prices,” the report reads.

Another instance cited by the Economic Survey is government policies in the foodgrain markets that “has led to the emergence of Government as the largest procurer and hoarder of foodgrains – adversely affecting competition in these markets. This has led to overflowing of buffer stocks with FCI, burgeoning food subsidy burden, divergence between demand and supply of cereals and acted as a disincentive towards crop diversification.”

In the case of drug price regulation, the Economic Survey points out that contrary to the intent, the government move “has led to increase in the price of a regulated pharmaceutical drug vis-à-vis that of a similar drug whose price is not regulated. Our analysis shows that the increase in prices was witnessed for more expensive formulations than for cheaper ones and those sold in hospitals rather than retail shops, reinforcing that the outcome is opposite to what DPCO aims to do - making drugs affordable.”

Arindam Guha, Partner, Deloitte India says the survey has rightly identified focus areas for further improving ease of doing business like starting a business, registering property, paying taxes and enforcing contracts. However, while some of them are under the direct control of the Government of India and its associated agencies, others like registering property and enforcing contracts are under the administrative jurisdiction of either the State Governments or the Judiciary and would require suitable measures to facilitate collaborative action.

The Economic Survey themed “wealth creation” states that grassroot entrepreneurship were helping in development at district level and predicted creation of four crore well-paid jobs by 2025 if government includes ‘Assemble in India’ as a part of its flagship scheme Make in India. It presented a case for India to focus on ‘Assemble in India’ along with increased privatisation comparing India’s road and railways sector. The CEA said, “Opening of road sector for private sector helped to increase freight growth while railways failed to grow as it is still closed”. Highlighting crucial issues plaguing India’s performance beyond the approach taken by the World Bank’s survey, the latest report cites that case of frequent and unpredictable imposition of blanket stock limits on commodities under Essential Commodities Act (ECA) which have however failed to attain the objective of either bringing down prices nor reducing price volatility.

Coining a new term ‘Thalinomics’ for measuring ease of expenditure, Subramanian says that affordability of vegetarian thalis improved by 29%, while non-vegetarian thalis by 18%. While the economic survey was able to watch the consumer thalis, it failed to give a roadmap for those who fill in them – farmers. The ES didn’t give any measures and ways to double the farmer income by 2022 which was Modi government’s major agenda and first of promises.

The government report card points out that besides drop in investment by the businesses, even in fixed investment by households, drop has been witnessed from 14.3 per cent to 10.5 per cent between 2009-14 and 2014-19, leading to most of the decline in overall fixed investment. “Fixed investment in the public sector marginally decreased from 7.2 per cent of GDP to 7.1 per cent during the two periods.”

However, the stagnation in private corporate investment at approximately 11.5 per cent of GDP between 2011-12 to 2017-18 has a critical role to play in explaining the slowing cycle of growth and, in particular, the recent deceleration of GDP and consumption,” states the Economic Survey. It projects a GDP growth of around 6 per cent for 2019-20 as against growth of 7.1 per cent in 2017-18 and 6.8 per cent in 2018-19.

The Survey says, on a net assessment of both the downside/upside risks, India’s GDP growth is expected to grow in the range of 6.0 to 6.5 per cent in 2020-21 and it asks the Government to use its strong mandate to deliver expeditiously on reforms, which will enable the economy to strongly rebound in 2020-21.