Rahul now seems to be actually investing a lot of time to understand the issues he wants to speak about so that his past record of a leader susceptible to gaffes doesn’t return to haunt him. 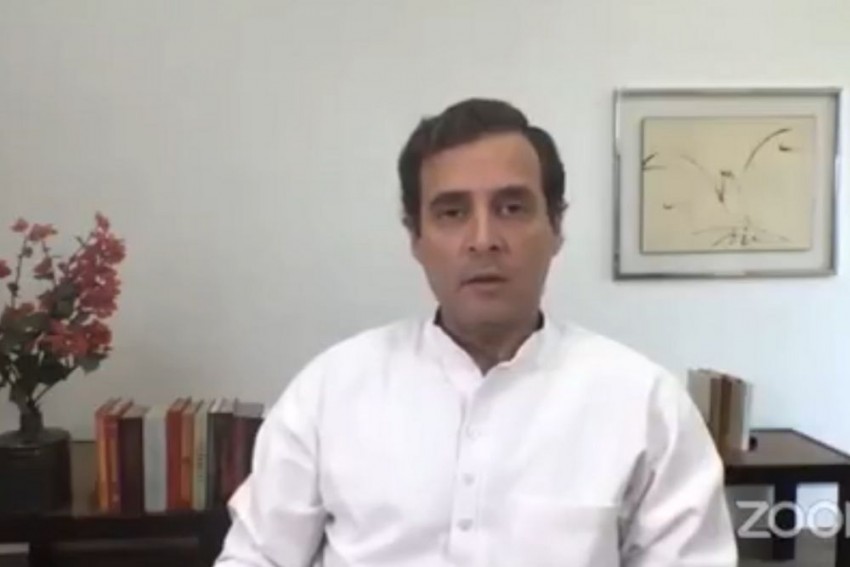 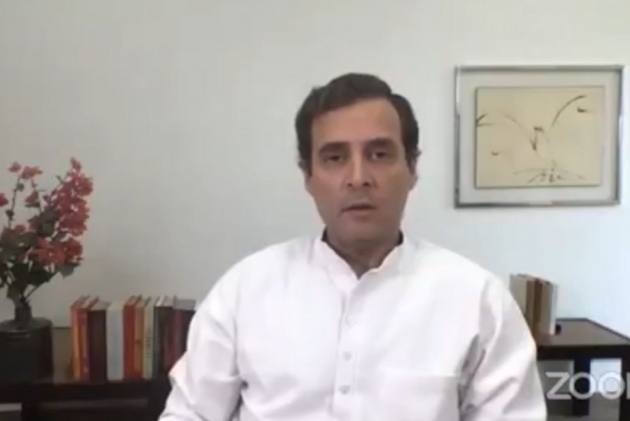 In his second media interaction during the ongoing lockdown, Congress leader Rahul Gandhi did not have many new things to say than those he had red-flagged about the coronavirus crisis in his first video conference with the press on April 16. Yet, the interaction, which lasted for over an hour, projected Rahul not just as a confident leader willing to brave a litany of questions but also a politician with rare courage of conviction to refrain from mudslinging against his virulent critics in the central government despite eminently compelling reasons to do so.

Like his previous interaction, Rahul once again asserted the need for immediate direct cash transfers to the financially vulnerable population, a stimulus package for the MSME sector, decentralization of the State apparatus to combat the pandemic and its economic fallout and a humane approach for resolving the parallel crisis of stranded migrants desperate to return home. The new addition to his prescription was the importance of preparing India’s population psychologically for the post-lockdown phase. Rahul insisted that people must be informed that though COVID-19 is a serious health emergency, it is, perhaps, fatal “only for 1 or 2 per cent of the population” with co-morbidities. He added that while this section has to be protected at any cost, the remaining 98 per cent can defeat the virus by taking adequate precautions when returning to their pre-lockdown lives.

Various iterations of Rahul’s assertions have been made by his party colleagues over the past 47 days of the lockdown. The Wayanad MP has also added weight to his demands for an NYAY-like cash transfer scheme for the poor and financial aid for the MSME sector by securing endorsement for this view from Nobel laureate Abhijit Banerjee and former RBI governor Raghuram Rajan. It can only be expected that the Congress party will continue to restate these demands for the remaining period of the lockdown – and beyond it – as the issues raised by the Wayanad MP are, undoubtedly, integral to any sensible blueprint for dealing with the pandemic.

Naturally then, an assessment of Rahul’s views; their possible merits and drawbacks, will continue ceaselessly. It is, however, equally interesting to analyse Rahul’s conduct of himself during these interactions, especially since they come amid growing speculation of his imminent return as Congress president.

On April 16, when Rahul spoke to the media on the ongoing crisis, he emphasized the need for Opposition parties and the central government to work together if the coronavirus threat had to be neutralized. In this scheme, he saw his own role and that of his party as one of making “constructive suggestions” as opposed to the usual political theatre of perpetually denigrating the rival. Rahul’s message was clearly lost on the BJP and its sympathizers who scoffed at his suggestions and, with a section of the media taking a cue, pressed vast investigating skills to work in counting the number of times the Congress leader used words like dynamic or strategy.

A little over three weeks later, several suggestions made to the Centre by a consultative group of the Congress, which includes Rahul, have been accepted in some form or the other by Prime Minister Narendra Modi’s government; of course without sharing any credit with the Grand Old Party. These suggestions include the need for ramping up testing, aid for the MSMEs, transportation of migrants, among others. Likewise, several key recommendations and demands remain unfulfilled – key among them being scrapping the Rs. 20000 crore Central Vista Project.

On May 8, as Rahul put himself forth for media scrutiny once again, he was predictably grilled on what he thought of the measures announced by the Centre so far – as also decisions that had not been taken yet. Rahul deftly navigated this labyrinth by insisting that now was “not the time to criticise but to find a way forward”. He asserted that recommendations made by the Congress to the Centre were “in the spirit of helping the government”. Though he conceded that the Centre’s “general style is to not consult the Opposition parties”, he promptly qualified the remark by adding that this should not discourage “Opposition parties from doing our jobs”.

The Congress has been critical of the opacity and questioned the legal tenability of the PM-CARES fund announced by Modi. It has also flagged concerns over violation of the citizen’s right to privacy by the Centre’s insistence for everyone to download the Aarogya Setu App. Asked for his views on the two issues; Rahul expressed his reservations about PM-CARES and Aarogya Setu but offered the Centre a way out of the current barrage of criticism on these fronts. “Make Aarogya Setu open source based” and be transparent about PM-CARES by allowing its audit, the Gandhi scion said.

During his recent interaction with Abhijit Banerjee, the Nobel laureate had told Rahul that countries with supposedly strong leaders like the US and Brazil were faring poorly in the pandemic’s management. During the media interaction when a journalist sought to use Banerjee’s remark to evoke Rahul’s response on the effect of Modi’s ‘strong leadership’ on India’s fight against COVID-19, the Wayanad MP adroitly replied, “the PM has a style of his own and there is space for it but I think instead of one strong PM, we also need strong CMs, strong DMs (district magistrates), strong farmers and common citizens” to collectively fight the virus at a very local level. The reply was not contemptuous of Modi but effectively lobbied for greater decentralization.

Finally, Rahul was also asked why the Centre was not announcing a comprehensive financial package to help the economy despite strong evidence of the pandemic severely impacting livelihoods and businesses, big and small. The Congress leader acknowledged that “we are losing time” but instead of launching a broadside against the Centre gave a cautious response, stating that, in his view, the Centre perhaps doesn’t wish to risk creating a large fiscal deficit that would force foreign rating agencies to downgrade India. He admitted that this was a possible risk but one that was worth taking because “the foundation of our economy has to be protected” and “there will be a catastrophe in the absence of a stimulus package”.

Months before last year’s Lok Sabha polls when Rahul insisted that the “BJP’s politics of hate has to be responded to with love” – remember that forced hug on Modi in the Lok Sabha? – there were many who thought the Gandhi scion had lost his mind. The poll campaign that followed, however, saw Rahul attack Modi with the ‘chowkidar chor hai’ barb at every single rally and press conference he addressed. Neither of Rahul’s strategies – fight hate with love but call Modi a thief – helped the Congress electorally. A year on, Rahul 2.0, still in the process of a full-scale reboot, seems to have found a new guidebook to take on Modi’s BJP.

Rahul now seems to be actually investing a lot of time to understand the issues he wants to speak about so that his past record of a leader susceptible to gaffes doesn’t return to haunt him. He has been prescient on various aspects of the coronavirus crisis which has impacted almost the entire population, one way or the other, and his suggestions, so far, do not seem devoid of substance. Simultaneously, he is coordinating with chief ministers of Congress-ruled states to implement models of disaster relief that are visibly superior than the BJP-led Centre’s ham-handed response (Rajasthan, Chhattisgarh and Punjab are cases in point). However, Rahul isn’t willing, at least for now, to engage in a full-scale verbal duel with Modi; realising at long last that doing so would only grant his nemesis a chance to blame the Nehru-Gandhi family for playing politics while the country struggles with a crisis.

It is too premature to gauge how far Rahul’s politics of “constructive suggestions and cooperation” will help in reviving his own political fortunes of those of his beleaguered party. However, for now, a departure from the cacophony of political bickering seems like a much welcome relief.