Hiatus In US-Iran Hostilities, But Any Miscalculation Can Be Calamitous

Even though Iran-supported militia groups would have wanted harsh and bloody revenge, but good sense prevailed among the leadership who understood the dangerous implications of an all-out war. 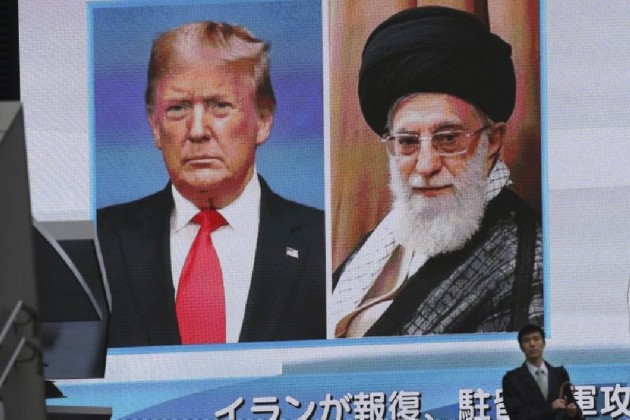 “All is well,” tweeted US President Donald Trump after Iran launched over a dozen ballistic missiles at two bases at Al-Asad and Abril in Iraq that housed US troops. The missile attacks came in retaliation to the killing of General Qassem Soleimani, whose popularity and absolute importance was witnessed after his death.

Iran’s supreme leader, Ayatollah Ali Khamenei, called the missile attack a “slap on the face” of the US. However, the tweet by Foreign Minister Javad Zarif that Iran had taken the action in accordance with Article 51 of the United Nations Charter in self-defence and that Iran “took and concluded proportionate measures” in response to a cowardly armed attack, was clearly conciliatory. He further reiterated that Iran did not seek an escalation or a war, but the country will defend itself against any aggression. This left the door ajar for the Americans. This was further testified by the fact that the missile shower did not result in any US or Iraqi casualties which seemed to convey the message that such angularity was well-calculated.

Even though Iran-supported militia groups and proxies would have wanted harsh and bloody revenge, as was subsequently announced by the Islamic Revolutionary Guard Corps (IRGC) commanders, but good sense prevailed among the seasoned leadership who also understood the dangerous implications of an all-out war which would have undoubtedly decimated the region and its resources. They may scoff at the so-called “US beautiful equipment” but there is no doubt about the reach of American firepower, should things go out of hand. Both sides claimed that the other was backing away. Not a bad deal for perception management if peace overtures could be initiated.

It was now the turn of the US to respond harshly as expected by hawks in the administration. However, Trump, in his address to the nation, reciprocated by not indulging in further escalation or retaliation much to the chagrin or disappointment of his hawkish colleagues. It has often been surmised that there is some method in his madness. But this time Trump has risen to the occasion and, in keeping with his stated policy and parameters, opened the door for negotiations and even called Iran for “unconditional talks” yet again. He said that the United States is ready to embrace peace with those who seek it. He even praised the Iranian people. To address his domestic constituency, he made all the right jingoistic references including the imposition of severe economic sanctions on Iran and even vowed that he will not let Iran become a nuclear power. He also asked the other five stakeholders of the Joint Comprehensive Plan of Action (JCPOA) to opt-out of it so that a new treaty could be signed.

Iranians loathe discussions on the revision of JCPOA and want the US to return to the table first to discuss and commit to the nuclear deal and remove the back-breaking sanctions while urging the Europeans to complete their end of the bargain. However, Trump very adroitly navigated the narrow space for manoeuvrability without hurting his chances of re-election.

The Middle East and the countries dependent on West Asia for their energy supplies heaved a sigh of relief as the war-like situation was averted. The global economy and growth are, as such, sliding downwards and major emerging economies like China and India are recording sluggish growth. Oil-producing countries have been facing their own challenges due to low oil revenues, budget deficits and domestic disturbances.  Hence, there were no takers for the military conflict between the US and Iran.

Also Read: Oil Prices Up, Stocks Down After Iran Missile Attack At US Bases In Iraq

The key Gulf countries like Saudi Arabia, Oman, the UAE and Qatar acted to cool down the temperatures when they gave the real assessment of the ground reality to Trump. As such there are enough hotspots in the region to keep them tied down and impact their economics adversely.

The calamitous situation with Iran could have further aggravated their plight. Russia, China and even India have been working to calm down the situation while gearing up for the worst. Even Israel stood by waiting for the way things would unfold, as despite its acerbic dislike for Iranians their hands are already full.

Unfortunately, beleaguered Iraq became the battlefield and took the opportunity to pass a non-binding resolution for all foreign forces to leave the country. It was interpreted as a message for Americans, but implicitly it also included the Iranians -- although Iran-supported Shia militias are Iraqi-owned and led.

Meanwhile, although several US and allied troops were relocated to Jordan and Kuwait, Iraqis, as of now, can neither confront Americans nor Iranians from using their territory. But the seeds of discontent against the West have been re-germinated and that is not a good omen for Americans as unilateral sanctions can never win you friends.

Iran looks at it as the opportunity for the eventual exit of the Americans from the region. Perhaps, wishful thinking at this stage. Although Trump wanted to withdraw his forces from the distant theatres of conflict, including from the Middle East, his abrupt policies have produced an opposite outcome as more US troops had to be deployed in recent past to cope up with the deteriorating situation, much of which was its own handiwork. And the danger to the ordinary Americans appears to have increased.

We might witness a hiatus in hostilities between the US and Iran as both have stepped down from the hostile pedestal. But any miscalculation by Iranian proxy groups and non-state actors, who are very sanguine about exacting revenge, will bring them to the brink of catastrophe. Next time even the Trumpian charm may not save the day.