The first Modi-Rajapaksa virtual summit on September 26 is likely to build on common concerns like security, economy and tourism while accepting that China will continue to play a role in the island state. 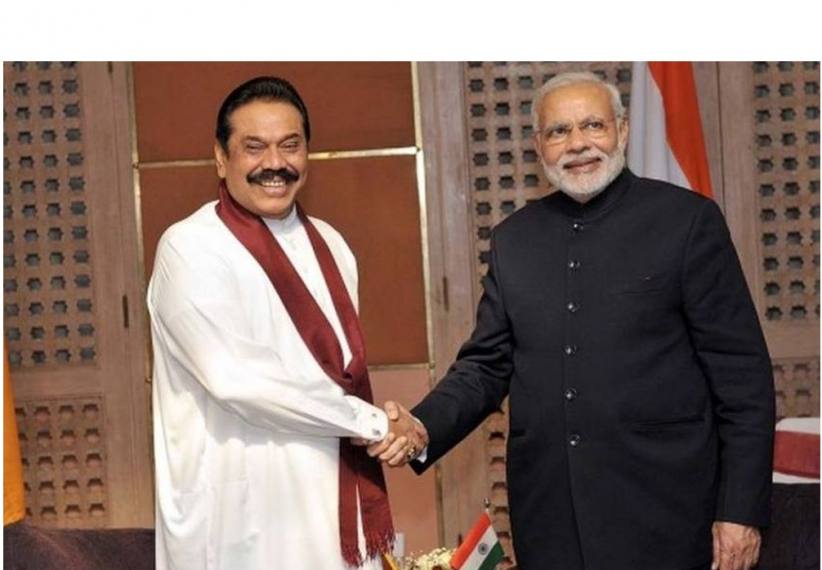 When the Rajapaksa brothers returned to the centre stage of Sri Lankan politics with a bang, alarm bells rang out in South Block. There was growing concern that the island nation, a stone’s throw away from India’s southern state of Tamil Nadu, would once again tilt towards China. During former president Mahinda Rajapaksa’s second term in office Colombo allowed China to freely spread itself out in Sri Lanka. What is more, in 2014, a Chinese military submarine and a PLA warship was allowed to dock in Colombo harbour, raising security concerns in Delhi.

But today both countries are on the same page as far as India’s security is concerned. In his first interview to a local television station since taking office, Jayanath Colombage, the new foreign secretary, a former commander in the Sri Lankan navy, had this to say : `` Sri Lanka cannot afford to be a strategic security threat to India.’’ That Colombo would not do anything which could impact India’s security interests had been conveyed to Prime Minister Narendra Modi and his government by both President Gotabaya and his brother Prime Minister Mahinda Rajapaksa. This does not mean that Sri Lanka would turn its back on China. It will continue to promote ties with all major powers, including the US, China, and Russia but take care to ensure a ``India-first’’ strategic and security policy. Gotabaya’s aim is to play up Sri Lanka’s strategic location in the Indian Ocean, which is increasingly becoming the focus of global maritime rivalry of big powers. Colombo is well placed to take advantage of this while maintaining a neutral foreign policy.

Having publicly conveyed the parameters of Sri Lanka’s new foreign policy, the path has been cleared for India-Lanka ties to stabilise. Both countries have learnt from past mistakes.

With China’s shadow looming large on its periphery New Delhi realises it cannot take any of its neighbours for granted. Modi’s neighbourhood first foreign policy sounded great on paper in 2014, but India made several mistakes, especially with Nepal and Sri Lanka. Now the government is not taking chances, and has made the right moves especially with Sri Lanka.

After lending support to the government of Maithripala Sirisena and Ranil Wickremasinghe which replaced Mahinda Rajapaksa’s ten-year rule, New Delhi together with Washington and the EU was viewed with suspicion by the Rajapaksas. However the former president, the farsighted head of the Rajapaksa clan perhaps realised the folly of going too far out for China. While out of power he did his best to repair ties with India. Subramanian Swamy, who has excellent ties with Mahinda Rajapaksa ensured a meeting with Narendra Modi, during Mahinda's frequent visits to Buddhist pilgrimage sites in India.

India was prepared for the return of the Rajapaksa brothers, first in the Presidential elections of 2019 and the parliamentary polls this year. Delhi lost no time in getting to repair frayed ties with the Rajapaksa family.

When Gotabaya Rajapaksa, defence secretary during his brothers rule won the elections in November 2019, Modi rushed his foreign minister S. Jaishankar to Colombo with his greetings. Jaishankar had served a tenure in Colombo as a young diplomat and knew the politics of the island well. Prime Minister Modi invited Gotabaya to India. Before the end of the month the newly elected President was on his first foreign visit to New Delhi. Since then there has been a meeting of minds. Again this August, as counting was still on but it was clear that the Sri Lanka Podujana Perumuna was sweeping, before the official results of the parliamentary elections was declared, Modi was on the phone congratulating Mahinda Rajapaksa, who was slated to take over as Prime Minister. He too made New Delhi is first foreign visit. Both brothers personally greeted Prime Minister Modi on his birthday on 17 September.

The first virtual summit between Mahinda Rajapaksa and Narendra Modi will take place on September 26. The MEA said that India and Sri Lanka enjoyed deep rooted ties and the discussions would focus on developing relations further on security, economy and tourism. Spokesman Anurag Srivastava said that consolidating relations with Sri Lanka was in line with Modi’s neighbourhood first policy.

For the moment relations between the two neighbours are on solid grounds, with both Delhi and Colombo learning from past mistakes. But it would not take much to disturb the equilibrium. China too has excellent ties with Sri Lanka. It further has money to back major projects. However, President Gotabaya Rajapaksa is now bent on ensuring that the Humbantota folly is not repeated. Humbantota is a deep sea port located in Southern Sri Lanka. Running out of money for the Chinese built project, the government leased it to China for 99 years. The Chinese company now holds 88 percent of the stakes, with the Sri Lankan government having just 15 percent. Foreign secretary Colombage, had said in his interview that the President was determined not to make such a deal where a foreign company calls the shots again. All strategic projects in future would have 51 percent ownership of the government, while 49 percent would be offered to a foreign firm. The idea is to ensure that Sri Lanka does not fritter away its national assets.

India and Sri Lanka are on the same page for the moment. But a hard line stand on now the Tamil minorities living in the northern and eastern provinces of the island may just rock the boat. The Rajapaksas are hard-line Sinhala Buddhists, and any future persecution of the Tamils there would have repercussions in Tamil Nadu. It had happened in the past and could happen again.