The irresponsible finger-pointing and loose language used by BJP leaders against alleged Bangladeshi immigrants, during various election campaigns, has put off ordinary citizens in Bangladesh. 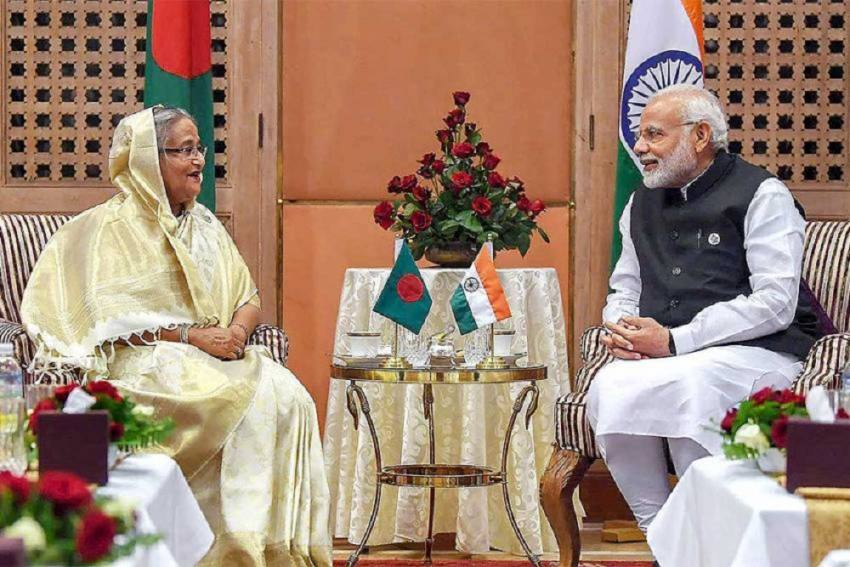 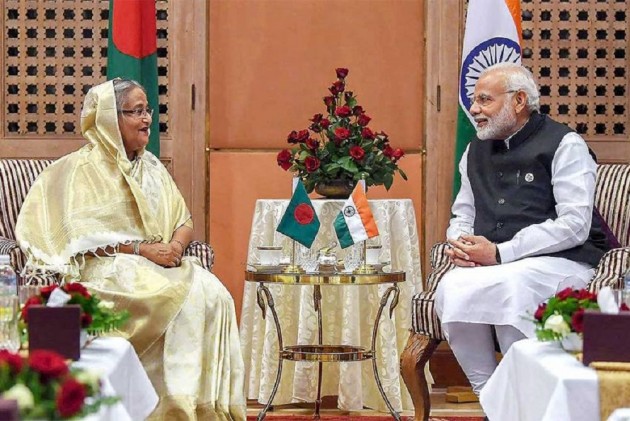 There was fulsome praise for Bangladesh on Monday as India handed over 10 broad gauge locomotives to Dhaka in a virtual ceremony attended by Foreign Minister S. Jaishankar, Railway Minister Piyush Goyal and their counterparts Abdul Momen and Nurul Islam Sujan. The locomotives were requested by Prime Minister Sheikh Hasina during a visit to Delhi in October, 2019.

“Very few countries in the world share such close fraternal ties as those of ours. Our partnership today stands out as a role model in the region for good neighbourly relations,’’ Jaishankar said during the flag off. In 2019, Bangladeshi exports to India touched $1 billion and Jaishankar urged businessmen to continue the good run. Jaishankar also said that India has extended $10 billion concessional lines of credit to Bangladesh, the largest New Delhi has given to any country.


Bangladesh is one of India’s closest friends in the neighbourhood, but India’s domestic politics have cast a shadow on ties with Dhaka. The irresponsible finger-pointing and loose language used by BJP leaders against alleged Bangladeshi immigrants, during various election campaigns, has put off ordinary citizens of the country. The pro-India Awami League government in Dhaka has remained discreet and has not registered any protests with Delhi. The opposition has naturally found enough ammunition to attack the Sheikh Hasina government over the anti-Muslim and anti-Bangladeshi tirades made by ruling party politicians in India, which has naturally made the Awami League government defensive.

In such a situation, China, which has been wooing India’s neighbours, offers a perfect opportunity for Bangladesh to balance its relationship with Delhi. Bangladesh has always had friendly ties with China. But the Hasina government has in the past been careful not to tread on Indian sensibilities. But if Delhi continues to use the issue of illegal influx of Bangladeshis into India as a punching bag against Bengali speaking Muslims, even a friendly government will want to play the China card. This will not just help Sheikh Hasina domestically, but will also send out a clear message to India.

In June, when the Indian army and the People’s Liberation Army (PLA) were in eyeball to eyeball confrontation in Ladakh, China announced tariff exemption for 97 per cent of Bangladeshi products, effective from July 1. This would give a major boost to trade between the two countries and spread goodwill for China among Bangladesh’s business community. China has not just stepped in to boost trade with Bangladesh, but also reached out in the health sector. A team of doctors from China had arrived to advise and help Dhaka with the Covid-19 pandemic. China’s medical teams have promised to send out four reports to advice Bangladesh on measurers that have to be taken to stop the pandemic. Bangladesh has also given permission to China‘s Sinovac Biotech Ltd to carry out third phase trial of a new covid-19 vaccine in the country. A premier research institute in Bangladesh will conduct the trials. China has promised Dhaka first preference, if the vaccine is successfully developed.

Earlier, Chinese President Xi Jinping called Prime Minister Sheikh Hasina to offer insights on fighting the pandemic and discussed ways of upgrading ties between the two countries. Significantly, China’s all-weather friend Pakistan has followed Beijing’s lead. Last week, Prime Minister Imran Khan called Sheikh Hasina and spoke about improving ties. According to reports in the Pakistani press, Khan briefed her on the situation in Kashmir and the human rights issues in the valley. The Awami League has had frosty ties with Pakistan, thanks to their past history, while the opposition Bangladesh Nationalist Party (BNP) had friendly ties with Islamabad.

All this is happening at a time when India’s domestic concerns have involved Bangladeshi immigrants. The problem of influx is not new but in recent years, the internal debate over illegal influx has intensified. With the revision of the National Register of Citizens (NRC) in Assam, and the passing of the Citizenship Amendment Act (CAA), Bangladesh has been on the receiving end.

The fear is that most of those who will finally be declared non-citizens in Assam will be Bengali Muslims. What will happen to these people is another concern. Will Bangladesh be asked to take them back? The so-called immigrants have no papers to prove their citizenship, either Indian or Bangladeshi. In these circumstances, what will happen to them remains a mystery. If they are to be put in detentions camps, many will try to slip out and cross the border into Bangladesh. Dhaka will have a major problem at hand.

Moreover, the CAA gives citizenship to all Hindus, Sikhs, Christians and Paris living in Afghanistan, Pakistan and Bangladesh. They will be accepted as Indian citizens as it is assumed that they face religious persecution in these countries. This is the first time in India that citizenship is being given on the basis of religion. Dhaka is naturally angry when fingers are pointed at it for the assumption that minority Hindus are being ill-treated. The Awami League is proud of its credentials as a moderate Islamic party, where Bengali culture goes hand in hand with religion.

Bangladesh has so far never formally protested against India’s constant barrage of allegations against immigrants, but there is a limit to how much longer this can continue. The West Bengal Assembly elections next year will once again bring matters to a head, which can potentially cause a rift.