India, whose views are sought by others on the key challenges facing the world, can now hardly be expected to fall back on another country to resolve an issue that it sees essentially as a bilateral one. 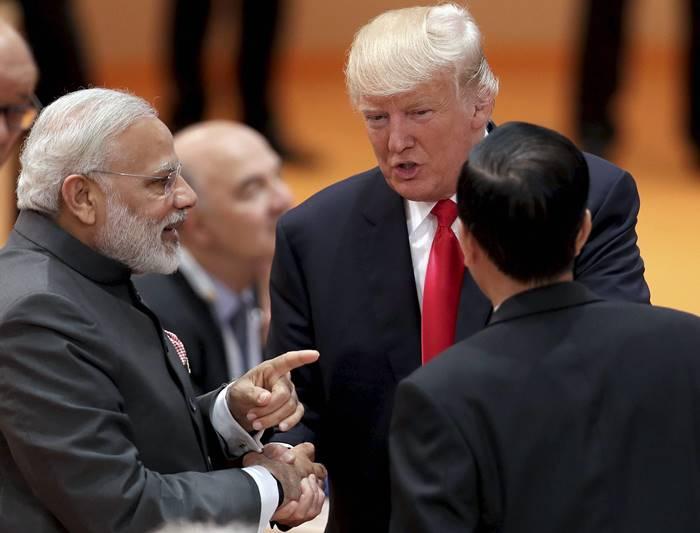 US President Donald Trump’s offer to mediate on the tension at the Line of Actual Control (LAC), unwittingly or otherwise, puts India in an awkward position as it makes America a neutral party to the Sino-Indian dispute.

Trump’s offer breaks the ambiguity about the American position on growing India-China tensions, especially along their disputed frontier.

Though, India has maintained there is no scope for a third party, Trump’s offer is likely to dishearten scores of his supporters who had expected Washington’s unwavering support for Delhi’s tough stand against Beijing on the LAC developments.

But the US President’s remarks not only contradict his outgoing principal deputy assistant secretary of State Alice G Wells’ remarks, but also raises serious questions on the logic of India lending its support to the American containment policy of China in the Indo-Pacific region.

Wells had recently expressed concern about China’s growing aggressive policy in Asia and beyond.

“This is a reminder that Chinese aggression is not always rhetorical and whether it’s in the South China Sea or along the border with India, we continue to see provocations and disturbing behaviour by China that raises questions about how China seeks to use its growing power,” she said in a select online briefing.

Her observations had surprised many in the Indian foreign policy establishment. But at a time when India is engaged in dealing with China’s aggressive behaviour at the LAC, the US diplomat’s remarks would have been seen as part of the growing pattern in Chinese behaviour.

But observers also point out that diplomatic mediation presupposes political leverage over the parties in dispute. Therefore, questions are raised about the efficacy of Trump’s offer. At a time when his administration and the Chinese are engaged in regular vitriolic tirades against each other, how reliable will the US President be seen in Beijing as an honest broker.

“A third-party mediator by definition is a neutral observer to a dispute,” reminds former Indian foreign secretary Kanwal Sibal.

India’s stand on offer for third-party mediation stems from its past experience. Mostly they had not gone well for the country. But even when India was dependent on others, both economically and militarily, it had successfully managed to resist offers by big international players when they threatened to jeopardise its national interests.

The scope for mediation and arbitration have often gone hand-in-hand and created confusion beyond the diplomatic circle. India have gone for both on a number of occasions.

For example, seeking the UN mediation on its dispute with Pakistan on Jammu and Kashmir in 1948 had not gone down well for India nor did the Tashkent Peace agreement of January 1966 in the wake of India-Pakistan war. It is largely remembered by most Indians fo r the tragic death of country’s then prime minister Lal Bahadur Shastri. That was the last time that India had agreed to a third-party mediation on a political issue with Pakistan, especially on J&K. The scope for outside mediation, according to India, has ended after the 1972 Shimla Agreement when the two countries agreed to resolve their outstanding issues bilaterally. Though India has sought arbitration on issues such as the British-led 1965 Rann of Kutch issue or the World Bank brokered Indus Water Treaty of 1960—both involving Pakistan. It also sought the International Court of Justice’s arbitration to ensure its national Kulbhushan Jadhav was safe and secure in Pakistani custody.

Therefore, on issues relating to trade disputes and in the case of clear violation of international covenants, Delhi may continue to opt for arbitrations. But on most political and bilateral issues, it would prefer to sort it out with the other contending party.

Interestingly, India had even sought US intervention during its 1962 war with China when it had sent a secret mission seeking 12 squadrons of US Air Force to defend Indian cities, according to historian Raghavan’s account. The subsequent withdrawal by the Chinese troops behind the LAC had led Jawaharlal Nehru to seek $ 1.6 billion worth of defence aid from the US. But the size of the defence package was significantly reduced when India refused to agree to Washington’s plan of partitioning J&K between India and Pakistan.

President John F. Kennedy who was negotiating the American offer with Nehru realised that despite India’s dependence on Washington, Delhi will not agree to such a deal under duress.

Therefore, an India, whose views are sought by others on the key challenges facing the world, can now hardly be expected to fall back on another country to resolve an issue that it sees essentially as a bilateral one.

Indications suggest, irrespective of the delay, India and China will continue to engage in quiet diplomacy between themselves to lower the temperature at the LAC and amicably resolve the problem.