RBI Sharply Revises GDP Growth, But Govt Seems To Be In Denial On Slowdown

The indications of a slowing economy have been in the air for some time. The government’s reaction, though, has been aimed at downplaying the bad picture emerging. 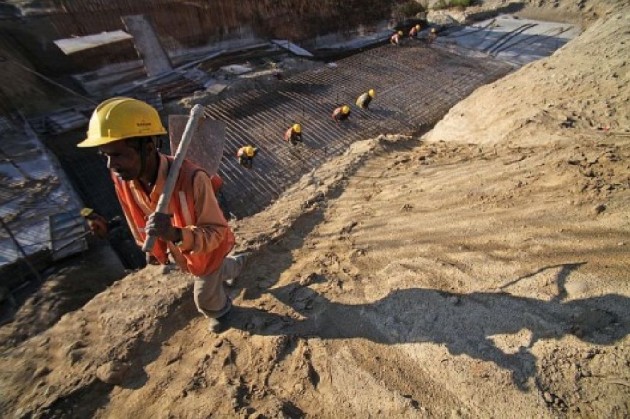 Finance Minister Nirmala Sitharaman’s remark that she doesn’t eat much onion-garlic, while responding in Lok Sabha over soaring onion prices, is a bland comment. That’s a response from someone who’s in denial about the reality of the situation when the economy, from all indications, is rushing towards a severe slowdown. The Reserve Bank of India has now come out with a sharp lowering of the forecast on GDP for the year – from 6.1 per cent to 5 per cent, an unprecedented drop of 1.1 per cent in less than two months.

Sitharaman says there is a slowdown but not a recession. No one’s predicting a recession. The definition of recession is that an economy contracts – with negative growth – for two quarters in a row. Most economists are talking of economy expectations which were strumming at 7.4 per cent just eight months ago declining by 2.4 per cent. Like former finance minister, P. Chidambaram, said in his first press conference after spending 106 days behind bars: “She is saying it’s not a tsunami, only a storm. But the storm is devastating the whole coastal area.”

If the finance minister is trying to imply that the government would step in only if there is a devastating threat of a tsunami, her reaction is like playing a fiddle while a fire is raging around. It’s an attempt to turn around the criticism by saying that things are not as problematic as was being painted by the Opposition parties.

Now the RBI has blown away the defences built up the government through a “not-so-bad” narration. By acknowledging that the growth rate of GDP is unlikely to be beyond 5 per cent for the whole year, it has acknowledged that there is a crisis. Every percentage point of less growth means that $29 billion or Rs 2 lakh crore are knocked out from the overall growth expectations and the total goods and services expected to be produced in the country.

Also Read: 'We Are In Virtual Free-Fall': Congress After GDP Growth Slips To 4.5%

Even as the economy is slowly but surely headed towards a low growth, the RBI has decided to hold on to the repo rate or the lending rate which it charges banks for loans – and which in turn becomes the benchmark for all borrowings. Lower repo rate allows industry to borrow at lower interest, thus acting as the lubrication for growth. RBI has done this – after earlier reducing the rate five time -- on the reasoning that inflation is headed upwards. It revised its inflation expectation from 3.5 per cent to 3.7 per cent.

The indications of a slowing economy have been in the air for some time. The first quarter GDP growth this year came to 5 per cent. The sale of personal vehicles almost collapsed, before gaining a bit in the festival season. The eight core industry output data, comprising 40 per cent of the industry, show a fall, exports have declined and the Index of Industrial Production has come down. The government’s reaction, though, has been aimed at downplaying the bad picture emerging.

Chidambaram, of course, blames the government for “incompetence” stating that it had got rid of all the competent persons from former RBI governor Raghuram Rajan to Urjit Patel, but the fact remains that the response of the ministry of finance to the unravelling story on the economy has been to take only ad hoc action. For sure there’s no tsunami alert, but a severe storm may be gathering and if the government continues in its approach, it would be caught out in the open without protection.