Though the PM did not name either country in his Independence day address, his reference to LoC (Line of Control) and LAC (Line of Actual Control) made it obvious that he was talking about Pakistan and China. 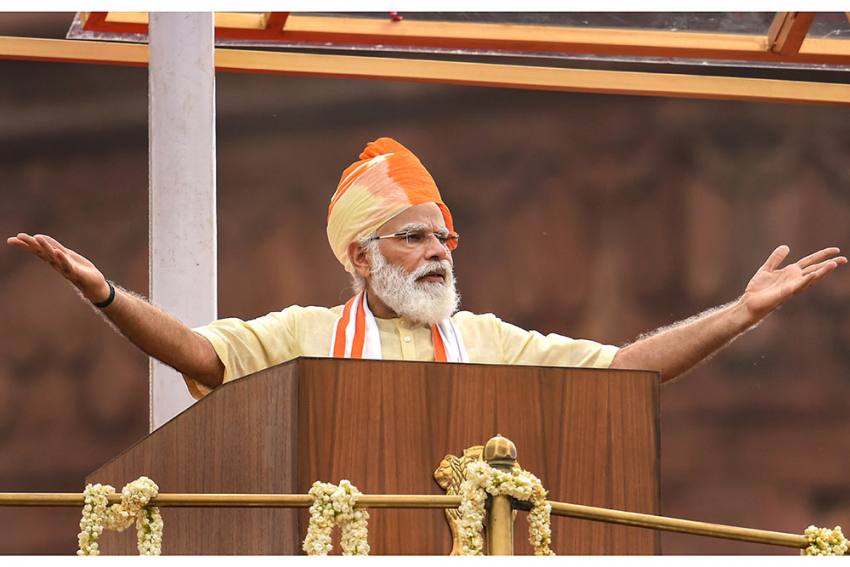 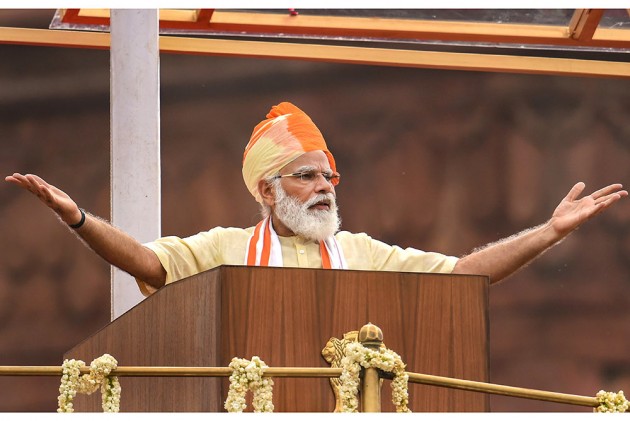 India’s reaction to China’s aggressive moves in Ladakh has so far been remarkably mature. There is none of the bellicosity so often on display while dealing with Pakistan. This is perhaps because of the asymmetry between the Indian and Chinese defense forces.

Yet, on Saturday, addressing the nation from the ramparts of Red Fort, Prime Minister Narendra Modi sent out a strong message to both Pakistan and China, to not mess with India’s sovereignty.

“Those who challenge India’s sovereignty, be it LoC or LAC, have been given a befitting reply in their own language. What India can do, the world has seen it in Ladakh,” Modi, wearing a traditional cream and saffron headgear, said. He was addressing the nation on India’s 74th Independence Day.

Though the PM did not name either country, his reference to LoC (Line of Control) and LAC (Line of Actual Control) made it obvious that he was talking about Pakistan and China. He showered praise on the military for its bravery and sacrifice to keep the nation's borders safe. India lost 20 soldiers in a savage skirmish with the Chinese People’s Liberation Army (PLA) in the Galwan valley on June 15-16. The Chinese used primitive implements to attack Indian soldiers and have so far not revealed the casualty figures.

India is steadily modernizing its defense forces, but China is way ahead having converted its army, navy, and air force into a well-equipped modern fighting force, ready to be deployed to protect Chinese commercial interests across Asia. Prime Minister Modi promised to build-up India’s defence capabilities.

"India is just as committed to its security and strengthening its army as the attempts it has made for peace and harmony," he said. He is hoping to make India self-reliant in defence production.

Meanwhile, India is quietly making an all-out effort to revive the stalled military talks on disengagement and a return to status quo ante. This entails both armies to go back to positions held before the confrontation.

The de-escalation process has come to a halt over differences in the Pangong Tso sector. Both sides have dug in their heels. China’s ambassador in Delhi continues to blame India for transgressions across the LAC. Its foreign office spokesman in Beijing also regularly points fingers at India.

India’s ambassador to China, Vikram Mistri, on Friday met with members of the Chinese Central Military Commission (CMC). This is China’s powerful military body which reports directly to President Xi Jinping, who also happens to be the Chairman of the CMC.

The ambassador’s meeting was with Major General Ci Guowei, Director in the office of International Military of the Central Military Commission. The meeting was aimed at explaining India’s position and getting military commanders on both sides to get back on the talking table. Earlier, Ambassador Mistri had also called on Liu Jianchao, deputy director of the CPC, Central Committees foreign affairs commission. Vikram Mistri is reaching out both to the key diplomatic and military groups in Beijing. Earlier too, during the Doklam face-off between India and China, India’s ambassador to China at that time, Gautam Bambawale, played a key role in diffusing tensions.

As India tries to get relations with China on an even keel, it is also hoping to improve ties with other neighbours. On Saturday, Modi spoke on phone with Nepal’s PM, K.P. Sharma Oli, in a sign of a thaw in ties.

Modi had vigorously promoted ``neighbourhood first’’ policy in his first term in office, but much of the initial euphoria has now petered out. Modi clarified today that "a neighbour isn't just someone who shares our geography but those who share our hearts. Where the relationship is respected, it becomes warmer." This was an obvious dig at both Pakistan and China.

“We are connecting our relations with our neighbours, whether they are connected to us on land or from the sea, with the partnership of security, development, and trust,” the Prime Minister said. But the priority now is to ensure that a military confrontation between China and India is avoided. India is working hard to resolve this.