Due to arrive in India early next month, Rajapaksa has decided to visit a number of Hindu and Buddhist religious places. 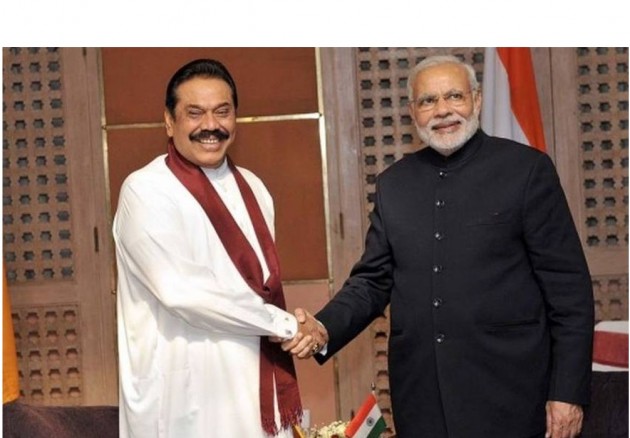 Due to arrive in India early next month, Rajapaksa has decided to visit a number of Hindu and Buddhist religious places to signal how Hindu-majority India and Buddhist-dominated Sri Lanka can unite to deal with the threat posed by radical Islam.

But the Sri Lankan Prime Minister’s visit to Delhi barely two months before he faces the crucial parliamentary polls, in which he seeks re-election, also indicates the primacy of place that the Colombo leadership gives India.

As the patriarch of the Rajapaksa family, Mahinda is widely accepted as the most important and popular leader among all his brothers. The significance of his Delhi visit at this juncture has not been lost among the strategic community in the region and beyond.

Mahinda’s younger brother Gotabaya Rajapaksa had chosen India as his first foreign trip as Sri Lanka’s President and visited Delhi within weeks of his election.

PM Rajapaksa will be in India from February 7 to 11.

Mahinda Rajapaksa, who runs a minority government, is expected to register a big win in the upcoming parliamentary elections that are due to be held in April this year. But the fact he decided to come to India even before that shows the important position India enjoys in Sri Lanka.

In Delhi, he will hold talks with Prime Minister Narendra Modi and other senior members of the Indian leadership on how bilateral ties can be further strengthened. But the Sri Lankan PM will also visit Varanasi, Sarnath, Bodh Gaya and Tirupati.

The religious places in India carefully chosen by the visiting Sinhalese leader are aimed at signalling the Hindu-Buddhist unity. This also comes in the aftermath of one of the worst terror attacks on the island by Muslim extremist groups.

The fact that terrorists succeeded in radicalizing a section of Sri Lanka’s own citizenry and enlisting their support to carry out the deadly attacks, still rankles with the island’s leadership and a large number of its people.

More than 260 people were killed and another 500 were injured in the serial terrorist bombings carried out in a series of churches and hotels during last year’s Easter festivities.

The victory of Gotabaya in the country’s presidential election was attributed mainly to his image as a strong leader. During Mahinda Rajapaksa’s presidency in 2009, Gotabaya had played a key role as the defence minister in defeating, and subsequently, eliminating the Tamil Tigers, including, their leader Prabhakaran.

India had traditionally enjoyed strong and close ties with Sri Lanka. But in the wake of his victory over the LTTE and after successfully ending the island’s decade-long ethnic war, Mahinda Rajapaksa had started leaning towards China, India’s rival in the region.

Relations between Rajapaksa and the Indian leaders were seriously strained after Colombo allowed a Chinese nuclear submarine and a warship to be docked at the Colombo port in total disregard to India’s concerns. But the 2014 incident was never repeated by Colombo. Under the Sirisena presidency that had replaced Rajapaksa, Sri Lanka had turned down a similar request from Beijing in 2017.

However, in subsequent years relations between India and the Rajapaksa brothers were mended after several rounds of talks and visits of political leaders between the two capitals.

India’s hands-off approach in Sri Lanka’s internal affairs, particularly during the infighting and rivalries among political contenders in the run-up to the Presidential elections, helped restore trust and confidence on both sides.

As Gotabaya assumed the post of Sri Lanka’s President, he assured the Indian leadership that Colombo will not indulge in any activity that was detrimental to Delhi’s interest.

As Mahinda Rajapaksa projects himself as a strong and able leader who is capable of keeping Sri Lanka safe and secured he would like to enlist India’s support in his endeavour.

His forthcoming visit to Delhi is expected to consolidate the trust and confidence between the two sides and deepen their cooperation to several areas including security and intelligence-sharing.

The visit will make it clear that though China will continue to be a key player Sri Lanka’s trade and infrastructure development, Colombo is unlikely to do anything that undermines India’s security.

This is clearly an assurance that Mahinda Rajapaksa would like to convey to the Indian leadership before he embarks on his political fight to emerge as the main force in the forthcoming parliamentary elections.