India should see Trump’s visit as a plus for the country, recognising that managing America will remain a challenge. 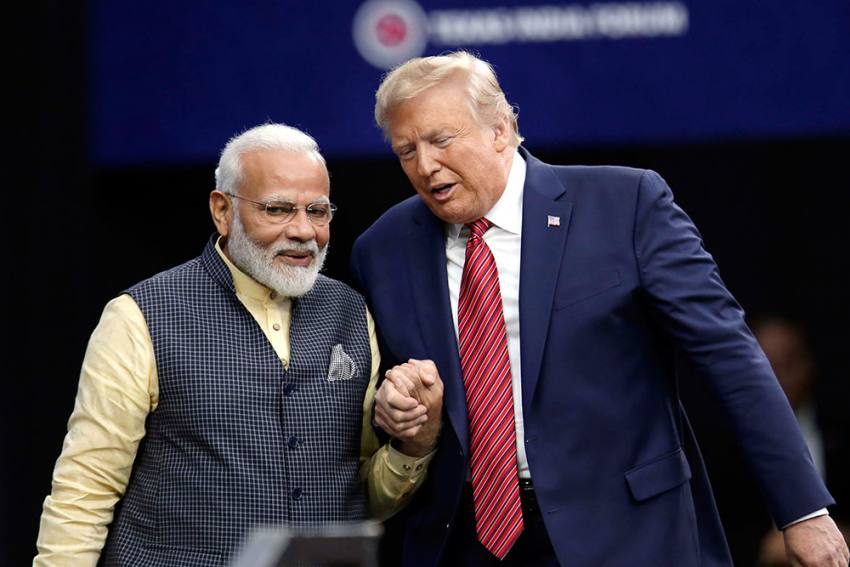 PM Narendra Modi and US President Donald Trump shake hands after introductions during the "Howdi Modi" event at NRG Stadium in Houston, US.
AP Photo
Kanwal Sibal 2020-02-22T13:33:29+05:30 Wrong To Dismiss Trump’s India Visit As All Hype And No Substance 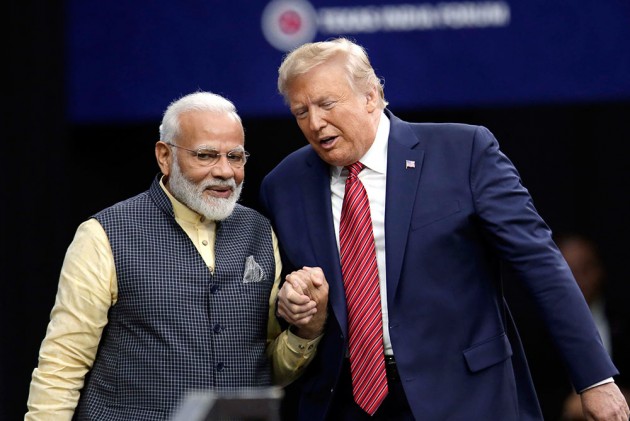 US President Donald Trump’s visit to India should be looked at rationally. It would be wrong to dismiss it as all hype and no substance. Equally, it should not be seen as path-breaking in terms of resolving all problems in Indo-US relationship.

The US, as a global power, and India, as a regional power, will have divergences. But our diplomatic goal should be to manage them and focus on increasing convergences. All countries, even US allies, have trouble dealing with Trump’s unorthodox, unpredictable, transactional, and disruptive policies. To his credit, Prime Minister Narendra Modi has, with an odd hiccup, taken the measure of the man and succeeded in establishing a good personal equation with him, which explains Trump’s standalone visit to India and the "Namaste Trump" event at Ahmedabad.

After the stigma of an impeachment process and liberal America’s relentless vilification of him, Trump may look at his India visit as a triumphal recognition of his stature as a world leader as mammoth crowds await to welcome him at Ahmedabad. It would be an ego boost for him. He would also have calculated that a celebratory India visit would gain him funds and support from the Indian diaspora in America. 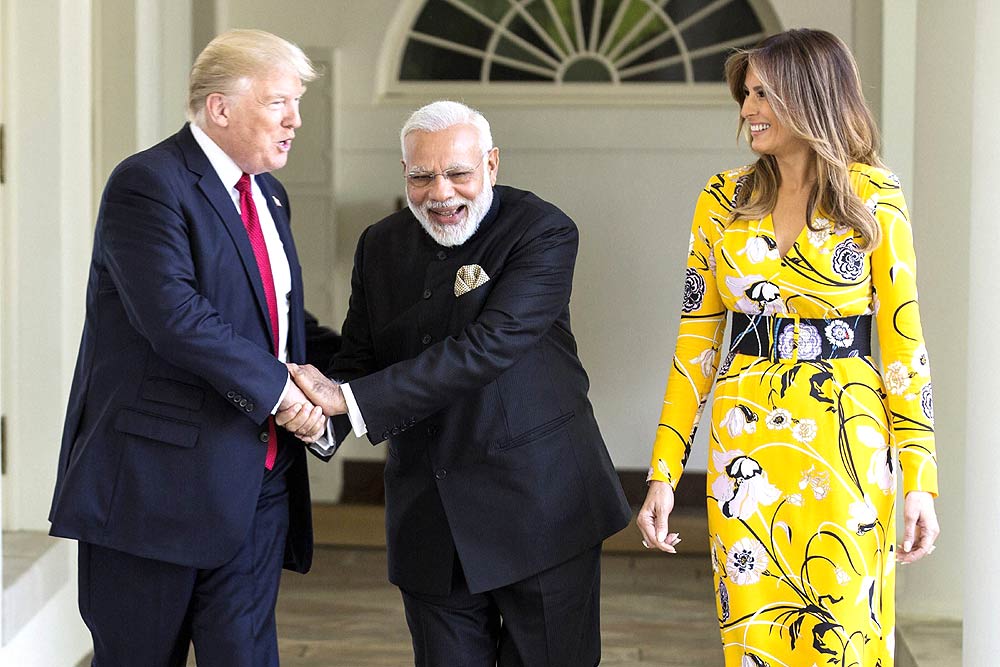 Meanwhile, for PM Modi, the US President’s visit raises India’s stature as an interlocutor, both regionally and internationally. Opposition elements in India may denigrate the visit as event management by Modi, but our neighbours -- Pakistan, China and others would not look at it so simplistically.

As regards tangibles, the first India-US 2+2 dialogue held in December 2019 yielded impressive results and these can be built upon during Trump’s visit. Earning more goodwill may not be measurable but this should result from the visit, with a positive fallout on relations in general.

Trump is no doubt more focused on trade issues than on strategic ones. His world view is that of a businessman focused on dealmaking. Yet, under his watch, India and the US have moved forward on strategic issues. These include development of the Indo-Pacific concept that positions India centrally in security issues pertaining to the Indian Ocean and the western Pacific; according India STA-1 status to facilitate transfer of defence technologies; signing of the Industrial Security Annexe that will potentially include India in the global supply chains feeding the US defence industry, linking of the Defence Innovation Units of both countries, building India’s capacities through transfer of high-end defence platforms, signing of COMCASA, and so on. But this is not enough. The US must be induced to participate meaningfully in the "Make in India" project in defence manufacturing. 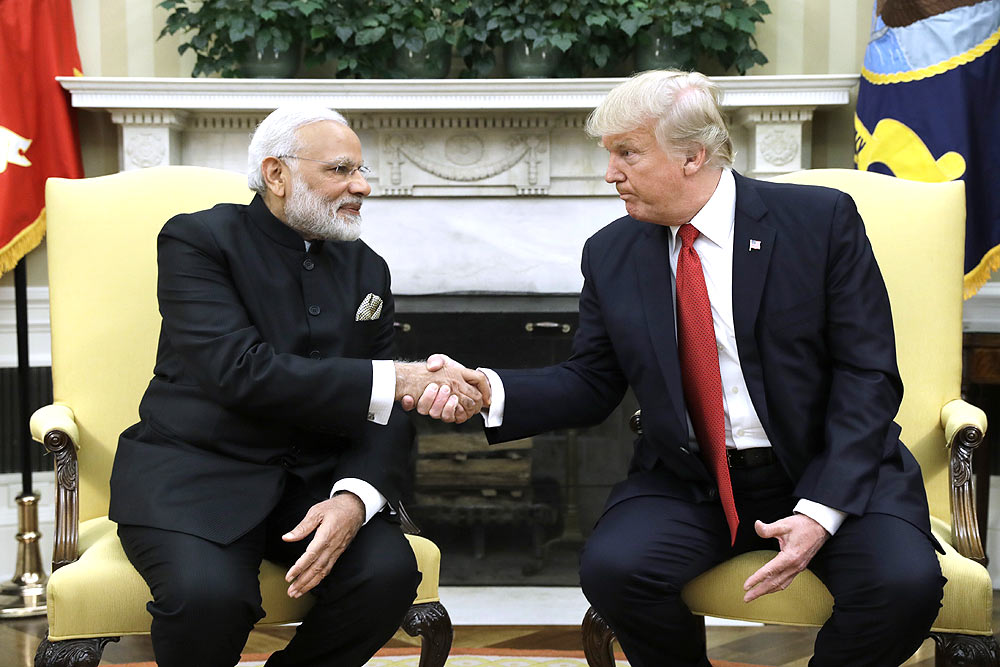 India and the US have differed on trade issues for years, bilaterally and within the WTO. A mini trade deal expected to be signed during Trump’s visit will not materialise. It goes to India’s credit that even with the pressure of Trump’s visit it has not made costly concessions that would “impact the lives of millions of Indians and would have long-term consequences”. Trump, obsessed by winning on trade issues, has compromised by visiting India without a deal in the offing, but this is a temporary reprieve.

Other differences exist, for example, US policy on Afghanistan, its dialogue with the Taliban, accommodating Pakistan in Afghanistan knowing Islamabad’s hostility towards India’s presence there, the extra-territorial application of US laws that have forced us to bring oil supplies from Iran to zero and required us to dilute our defence ties with Russia, and so on.

India should see Trump’s visit as a plus for the country, recognising that managing America will remain a challenge.

(The writer is former foreign secretary of India.)