What Can Stop Indo-China Spats To Recur? Diplomatic Channels And Clarification of LAC May Hold Solutions

With the Chinese soldiers having clearly intruded a few kilometres into India-held positions, how can the stand-off be resolved without either side having to eat the humble pie? 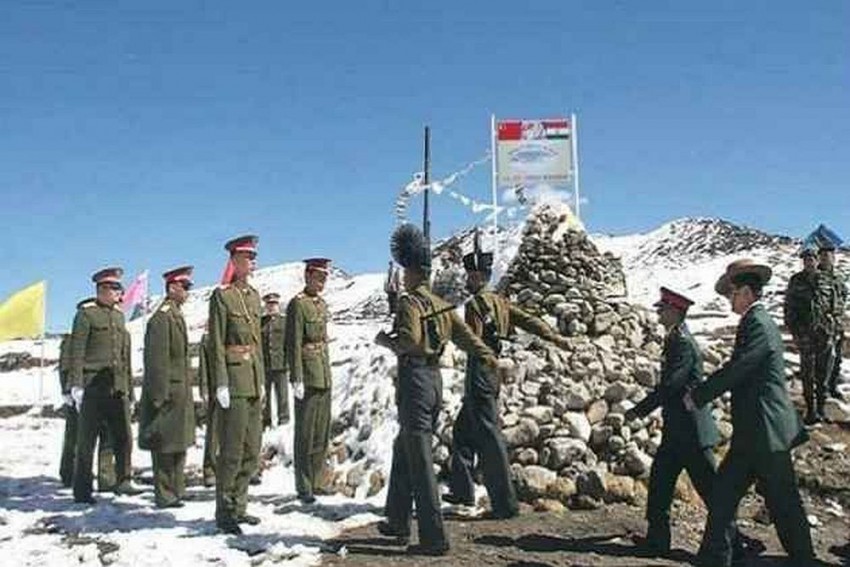 The consolidation and re-enforcement by Indian and Chinese soldiers of each other’s position along the strategic points at the Line of Actual Control (LAC) notwithstanding serious attempts are on to defuse the crisis and restore status quo ante at the earliest.

The question, however, remains that with the Chinese soldiers having clearly intruded a few kilometres into India-held positions, how can the stand-off be resolved without either side having to eat the humble pie.

An immediate attempt is likely to be made to activate a diplomatic engagement at the Joint Secretary-level to try and see how the temperature along the LAC can be cooled to restore peace and tranquility at the Sino-Indian frontiers.

An agreed Standard Operating Procedure (SOP) exists between the two sides and attempts will be made to ensure soldiers of both countries adhere to it.

Since the National People’s Congress of China and the Chinese People’s Political Consultative Conference are being currently held in Beijing from May 23-28, New Delhi expects a serious diplomatic move could be envisaged only after they get over. It could then involve consultations between the two sides at various levels, including their respective ambassadors, and also at the level of foreign secretaries and subsequently, foreign ministers.

Sections of the Indian media have highlighted President Xi Jinping’s annual meeting with the representatives of the People’s Liberation Army at the NPC in Beijing in which he asked the military to “think of the worst-case scenario” and “scale-up battle preparedness”. The Indian foreign policy establishment is trying to contextualize it within developments not only pertaining to the LAC but also those related to Hong Kong, Taiwan and more importantly, the import of the vitriolic rhetoric coming out of the United States at regular intervals.

This is particularly true because Xi’s call for “battle preparedness” to the PLA was also made in 2019 and, therefore, cannot be singled out as something spoken with LAC developments in mind. Moreover, during his briefings after the daily proceedings of the NPC, Chinese foreign minister Wang Yi has not made a single remark at the tension between Sino-Indian soldiers in the past week.

Interestingly, unlike during the 2017 Doklam crisis, most of the Chinese media, barring the Global Times that is essentially meant for the international audience, has not got involved in the current spat at the LAC.

But while this can be a welcome sign for sections in the MEA, this is also worrying because this can be seen that the Beijing leadership is looking at the current development along the LAC more seriously than in the past.

Much of the tension is focused on different points in eastern Ladakh, where the PLA is reported to have deployed two brigades that have been matched by India placing its high-altitude warfare troops.

In the Indian assessment, the PLA’s attempt is to browbeat Indian soldiers and prevent them from building road and other related infrastructure at the Daulat Beg Oldie sector that can threaten China’s Lhasa-Kashgar highway in Aksai Chin.

China has already built excellent infrastructure and roads connected to its base camp on their side of the frontier near the LAC for easy movement of goods and troops. India is trying to play catch-up to the Chinese and plans to build nearly 62 roads of varying lengths, including the one connecting Darbuk-Shyok-Daulat Beg Oldie. These will significantly improve its capacity to deploy troops along the strategic points along the LAC through the road network without depending solely on aerial supply. There has also been tension between the two armies at a number of other points where there has been transgression by the PLA including in Pangong Tso, Galwan and for the last few years also in Depsang. The attempt of Chinese PLA is clearly to prevent India from continuing with construction activities in areas they claim as their own.

The frequent face-off between soldiers of the two armies is mainly because improved infrastructure and communication networks that have not only brought the two patrolling groups against each other but also allowed Indians rapid reinforcement to match the Chinese deployment.

But how does it finally get resolved to ensure that they don’t recur every summer?

One way is to revive the suggestion for Clarification of the Line of Actual Control. Though India had been insisting on this, including PM Modi’s interaction on several occasions with the Chinese leadership, Beijing has been against it.

"A shadow of uncertainty always hangs over the sensitive areas of the border region. It is because neither side knows where the Line of Actual Control is in these areas," Modi had told Xi said during the Chinese President’s visit to India in 2014, and repeated it during his own visit to Beijing. But there had been no positive response from the Chinese side.

Since the 1962 War, the two sides never mutually agreed on where the LAC ran. Once when they tried doing so, exaggerated perceptions of the two sides put a stop to it as a viable option to end their differences, say experts.

Opinion | China Up To Mischief, It's Instigating Nepal Against India

This was mainly because the Chinese feared that a formal clarification of the LAC would turn into a de facto boundary. Instead, they favoured political talks on the boundary proper as was suggested to the Atal Bihari Vajpayee government in 2003 and led to the setting up of the talks of the Special Representatives.

Though a meeting of the Special Representatives is pending, it is not clear how soon it can be organised. Meanwhile, the two sides are likely to explore other diplomatic channels to prevent the situation at the LAC escalating to prevent a bigger conflict between them.