Will Modi's Push For Self-Reliance Based On 'Make In India' Work?

Under the new 'Swadeshi' banner, there is no clarion call to buy only Indian brands, which are made by Indians. Instead, it is a mindset that drives the purchase of any brands, Indian and foreign, as long as they are made in India. 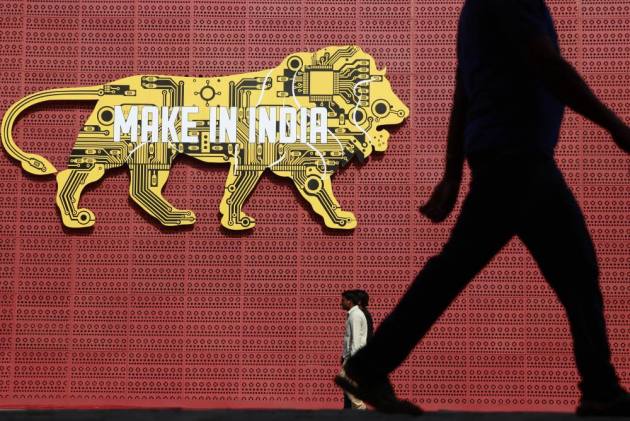 For over a century, economic self-reliance was invariably India’s catchphrase. The concept of 'Swadeshi', which was first used by Bengali radicals to agitate against the British rule, was twisted to suit the need of the hour by Mahatma Gandhi, Jawaharlal Nehru, Indira Gandhi, and Morarji Desai, opposition parties – and Narendra Modi. Only Modi, by a sleight of hand and a change in a single alphabet, has scripted a new ‘self-reliant’ blueprint under the broad banner of ‘Make in India’, as opposed to ‘Made in India’.

As the country’s prime minister clamoured again for import substitution, or the use of local products, his varying themes such as ‘self-reliance’, ‘vocal for local’, and ‘Make in India’ seem to converge on an economic model that combines nationalism and globalisation, and foreign and Indian capital, technology and brands. No longer do we believe in ‘Made in India’, or goods made in India by Indians. The new buzzword is ‘Make in India’, or the use of products made in India by any manufacturer, Indian or foreign.

The new ‘Modi Vision’ incorporates three concepts, which seem like standalone and even contradictory ones, but actually intertwine into each other like the different-sized and different-purpose gears in a large machine. These three include: moves to ensure huge inflows of foreign capital coupled with increased local private investments, an urge to make as many products in India rather than import them, and encourage the use of locally-made products, whether they are manufactured by Indians or foreigners.

Opinion | Beware! If Foreign Companies Dominate Every Indian Sector, Self-Reliance Can Go For A Toss

Mission Impossible? As Global Supply Chains Lie In Tatters, India Aims To Replace China As 'Factory To The World'

Under the new Swadeshi banner, there is no clarion call to buy only Indian brands, which are made by Indians. Instead, it is a mindset that drives the purchase of any brands, Indian and foreign, as long as they are made in India. When ‘Made in India’ becomes ‘Make in India’, self-reliance hopes to transform the country into a major local consumption centre, as well as a global manufacturing hub. In essence, it implies that the country makes its own goods, both to buy internally and sell to the external world.

As a recent cover story in Outlook (Can India Become China 2.0?) explains, there is a race among Indian policymakers to woo foreign investments. India plans to take advantage of a post-COVID situation, where large MNCs wish to decouple with China and shift their manufacturing bases elsewhere. Most foreign companies wish to develop China-plus-one strategy to source their supplies from at least two global vendors. Most nations, including those in North America and Europe, have supported such moves.

As foreign money, technology, and brands enter the country, and as they achieve economies of scale (set up large capacities), it will be a win-win situation for them. They will access the huge Indian market, and also set up bases to sell to the rest of the world. Solely Indian producers will learn from them, or partner with them in various ways to become competitive and produce products at cheaper costs. In the near future, they too will be in a position to export, even as they sell more in the local market.

Import substitution, and the use of locally-made products, will walk hand-in-hand, as also add to the overall competitiveness of the Indian industry, which will comprise Indian and foreign companies. As the firms import less, and make more here, they will need to cut costs to become competitive with global suppliers like China and Vietnam. In addition, they will inevitably build industrial clusters that are self-sufficient, much like the Chinese ones. In the end, India has a fair chance to become China 2.0.

The use of local brands, which are made in India, will help the firms to stabilise operations due to the captive market. This will push them to invest in R&D and technology to become more competitive. The combined initiatives will help India Inc in different ways. More importantly, India, like China and the US, will emerge as the land of patents and innovation. This will enhance the culture of start-ups, which was given a push by Modi. The final outcome: the elephant may move like a tiger, and leave the dragon behind.

One caveat: such models were tried several times by past prime ministers such as Narasimha Rao, Atal Bihari Vajpayee, and Manmohan Singh. They didn't work. Will it yield results this time?